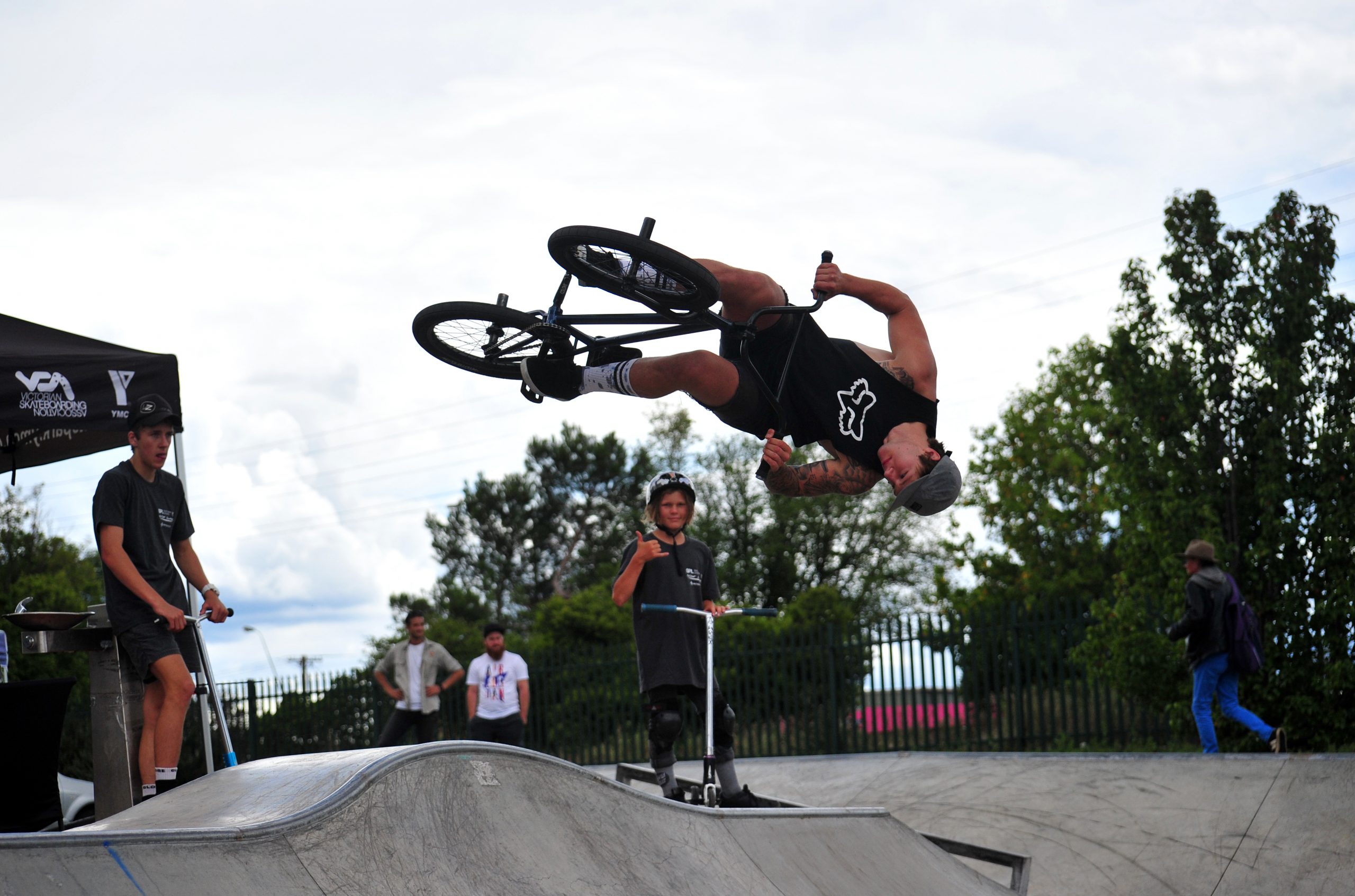 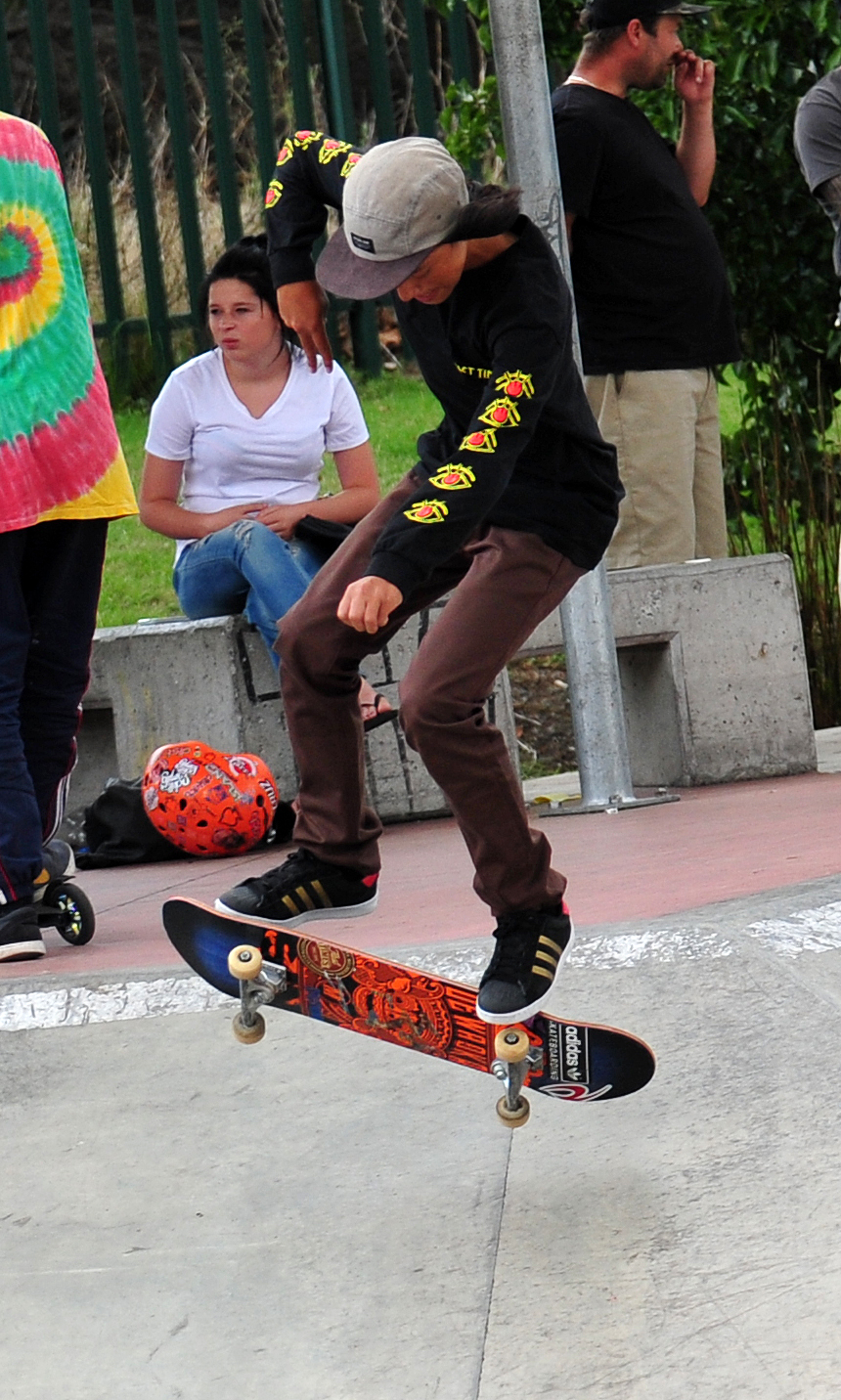 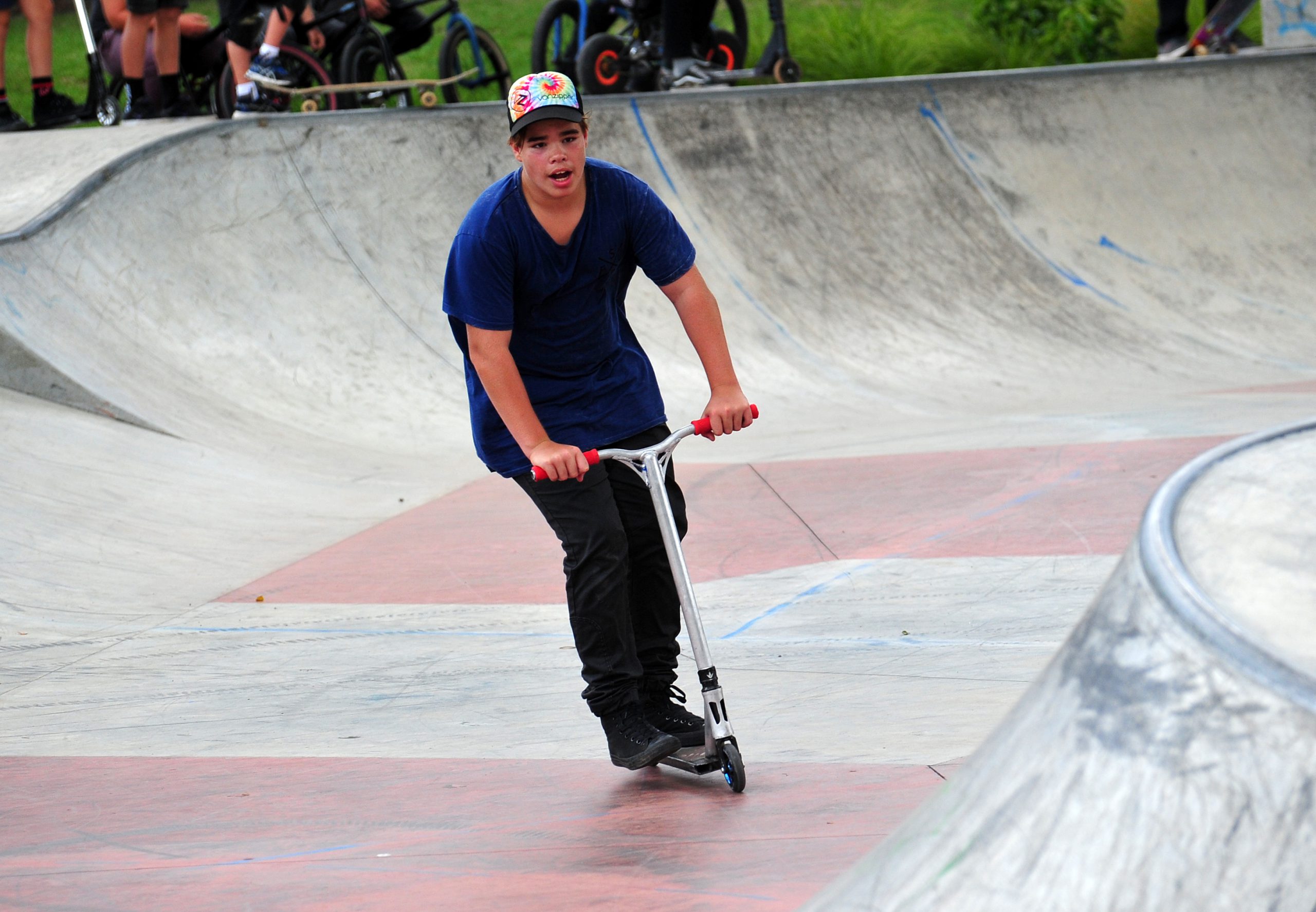 CHURCHILL BMX demon Chris Nicol has taken his high-flying freestyle feats worldwide but still has a soft spot in his heart for the local scene.

The international phenom made a return to his Gippsland grassroots on Sunday to take out first place in the open BMX division at Morwell Skate Park’s second leg of the South East Regional Series.

Nicol thrilled the 100-strong throng of spectators and was in turn thrilled by the turnout for the YMCA organised competition.

“For the YMCA to host a competition in Morwell is awesome. It’s really good to get it out there and show people that the skate park isn’t a bad place,” Nicol said.

“It’s good just to push the sport really; there’s not much going on in this area for freestyle, whether it’s scooter, skateboards or BMX, there’s just not much on.

“(The competition) was good, it was fun; a few of my mates came around and I just had a good time.”

The sponsored rider knows all too well how scarce opportunities to show your skills in legitimate competition can be in regional Victoria.

Nicol came up just enjoying skate parks with his mates before being picked up by an indoor skate company in Cranbourne, which gave him access to training facilities which accelerated his development.

Since then he’s taken on the globe and hopes the six-round SERS, which bleeds into state and national pathways, could provide a similar start to other young BMX riders, scooters and skateboarders from Gippsland.

“I’m a professional athlete and I travel to compete. Having one locally is good, seeing people actually get out and ride is awesome because there’s not too many people who compete, they do it for fun (usually),” Nicol said.

He also hoped to see the stigma of the skate park as a shady locale diffuse as more people were exposed to organised competition.

“We just need more events like this and show parents that the skate park is not such a bad place because I know there is this sort of aura about it that it’s a dangerous place, but it’s really not that bad,” Nicol said.

“The more people down here, the better.”

A total of 60 competitors took part in junior and open competitions throughout Sunday’s program.

YMCA event organiser Chris Hallam said it was encouraging to get such a strong response.

“It’s a real positive and a really good area for these events,” Hallam said.

“Latrobe (City Council) really supports the community and puts a lot of passion into it.”

The five-round competition, which features legs at Wonthaggi, Morwell, Nyora, Warragul and Bairnsdale, will culminate in a regional final at Sale Skate Park on 20 March.

Competitors will have a chance to qualify for state and national level series through the regional events. For more information about the series or to register as a competitor visit, www.skatepark.ymca.org.au