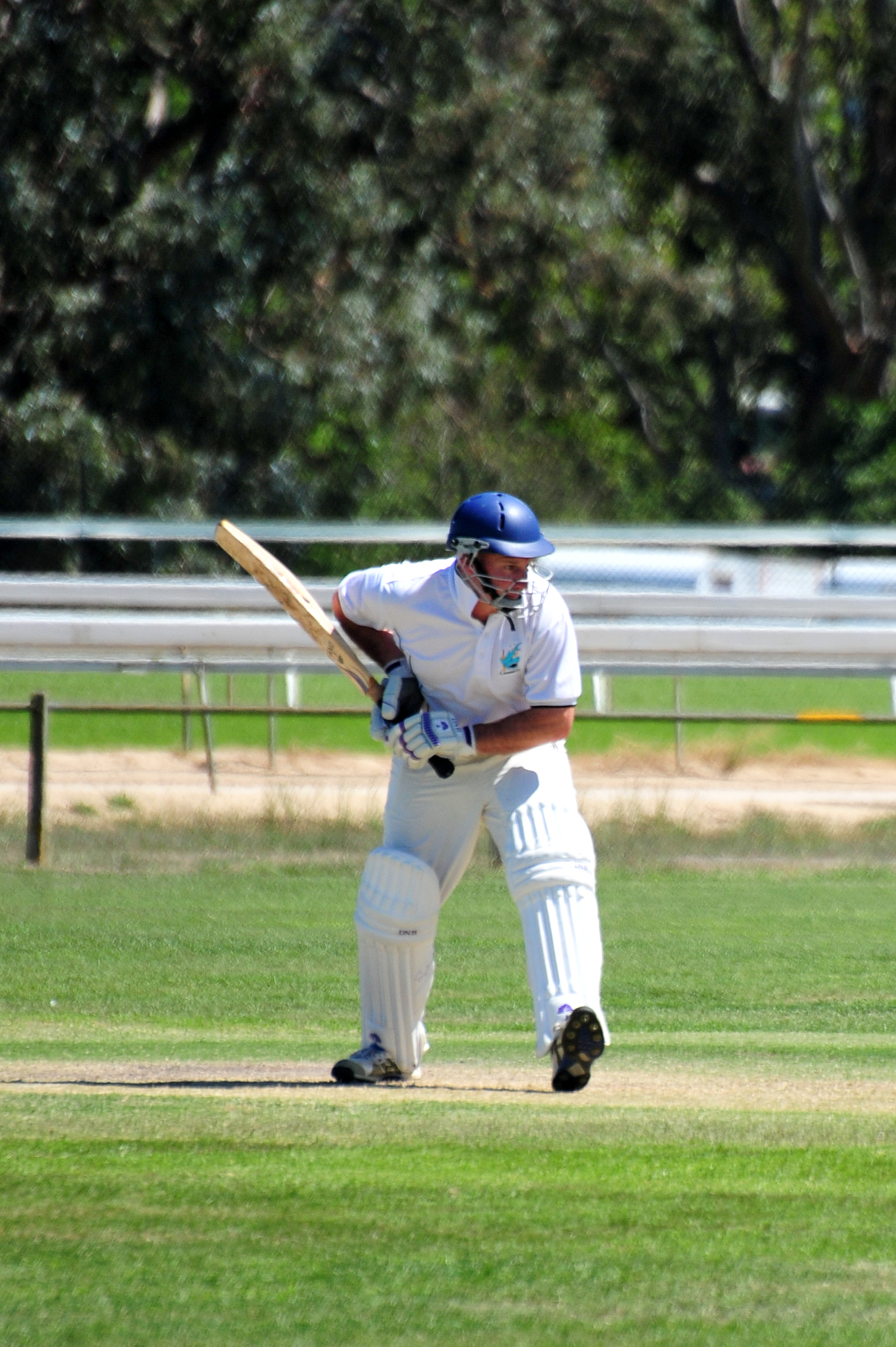 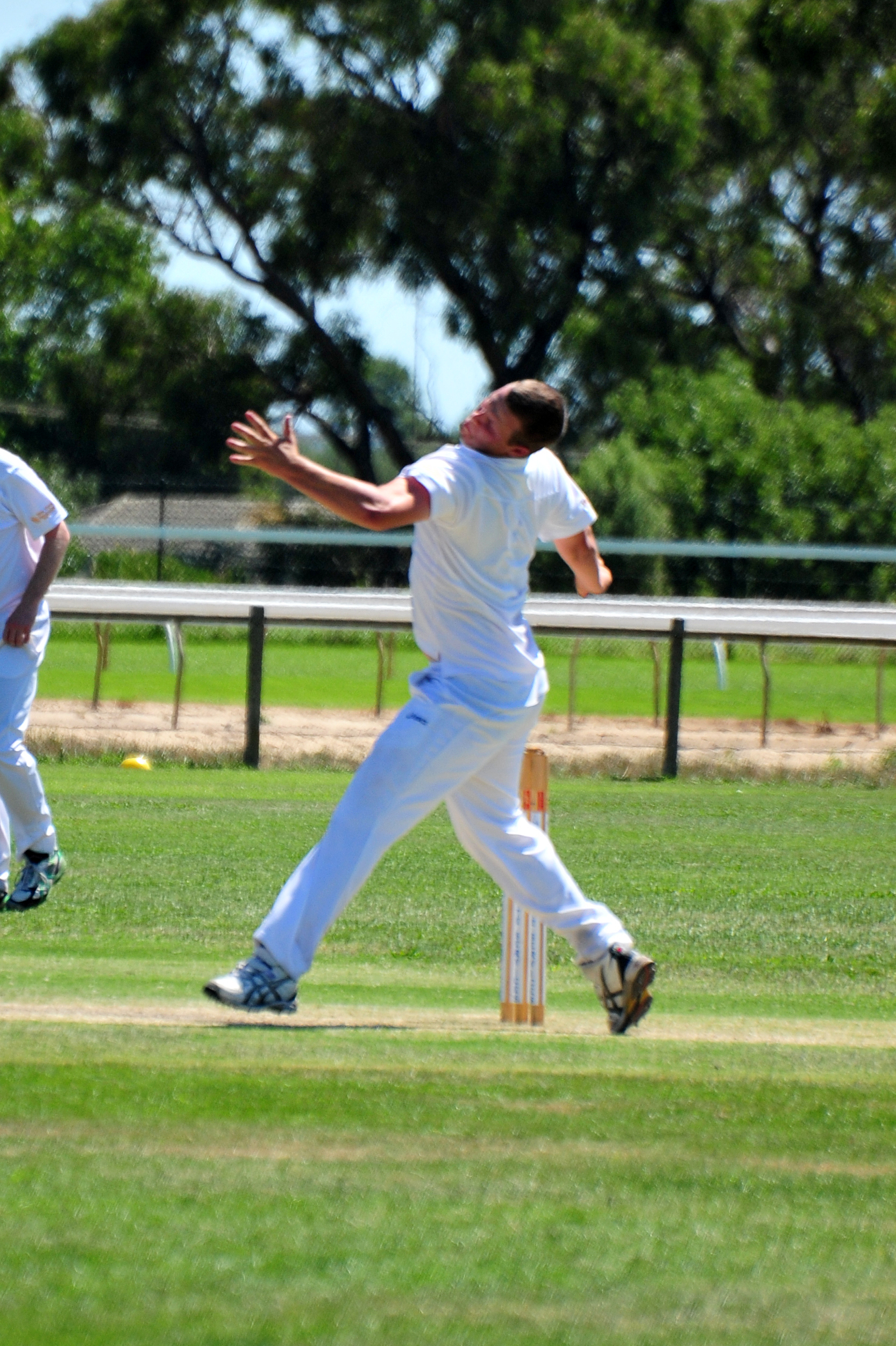 MORWELL sealed an emphatic win over the previously-dominant Mirboo North, with the home side demolished for just 79 in 50.3 overs chasing Morwell’s 229.

Davin Charleston got first blood when he had Damien Turner caught for one, and when Tim Dowe knocked over Josh Taylor and Jesse Giardina in consecutive balls things were starting to look ugly.

Rob Phoenix and Ben Williams added 30 before the former was stumped by Brandon Francis off Country Week star Riyaz Pathan.

Pathan and Dowe both snagged a pair of wickets with Charleston taking the only other to fall in a fantastic bowling innings.

With 26 overs remaining Morwell was able to push for extra points to try to claw back top spot from Latrobe and reached 4/77 largely thanks to an unbeaten 53 from first-innings hero Jackson Beani.

He was the only bat to reach double figures as leg-spinner Dale Banks (3/9) restricted the scoring, but the fight was already well and truly over.

JEERALANG-Boolarra’s chase of Trafalgar’s 282 started off badly when not out batsman Thomas Beamish missed the start of the match and was timed out.

The Ships needed quick wickets to push for first innings points and an outright.

Beamish’s gift left the Panthers 3/15 to start the day and needing a big partnership to stave off the threat.

Stan Urbanic and Luke Heath paired up and added 81 but most importantly chewed up valuable overs.

Both just fell short of half centuries and when Heath was out at 6/117 it didn’t take long before the visitors were all out for 135 with Brad King unavailable to bat due to illness.

With 30 overs remaining, Trafalgar put the Panthers straight back in to bat again with Mann and Jackson Noonan each bagging a wicket to send the openers on their way for no score at 2/3.

Ben Heath followed a short while later when Noonan broke through his defence, before Ben Duffy and Ossy Brennan eased the pressure with a lengthy stand, taking up precious time.

Spin duo White and Blair Clymo removed the pair but Stan Urbanic and Ben McCormack saw the Panthers through to the close at 6/71, narrowly avoiding an innings defeat.

LATROBE needed to knuckle down and bat all day to chase Moe’s 7/241, and achieved just that in a calculated pursuit.

A good opening platform was set by Matt Brewer (30) and Tim Cranwell (71).

Aaron Walshe created the breakthrough when he had Brewer caught behind by Noah Kane, and when the pair reunited to form the same dismissal for Will Kennedy for a duck the Sharks needed a big stand.

Hayden Kimpton happily played second fiddle to Cranwell in a partnership worth 63 which was broken when Nick Clarke broke through Cranwell’s defence.

Veteran duo Anthony Bloomfield (35) and Justin Vajler (22) played well but fell short of taking the bull by the horns and when wicketkeeper Benn Zomer fell for 8, it looked like there could be a twist in the tale at 8/216.

Tyron Gamage and Jamie Brierley carried the Sharks across the finish line with a 60 run stand, with Sri Lankan import Gamage scoring his first half-century on Australian soil while Brierley notched up 28, his highest score of the season all the way down at number 10.

Andrew Philip finished up as Moe’s best bowler with 3/47, while Aaron Walshe and Clarke both claimed a pair of wickets.