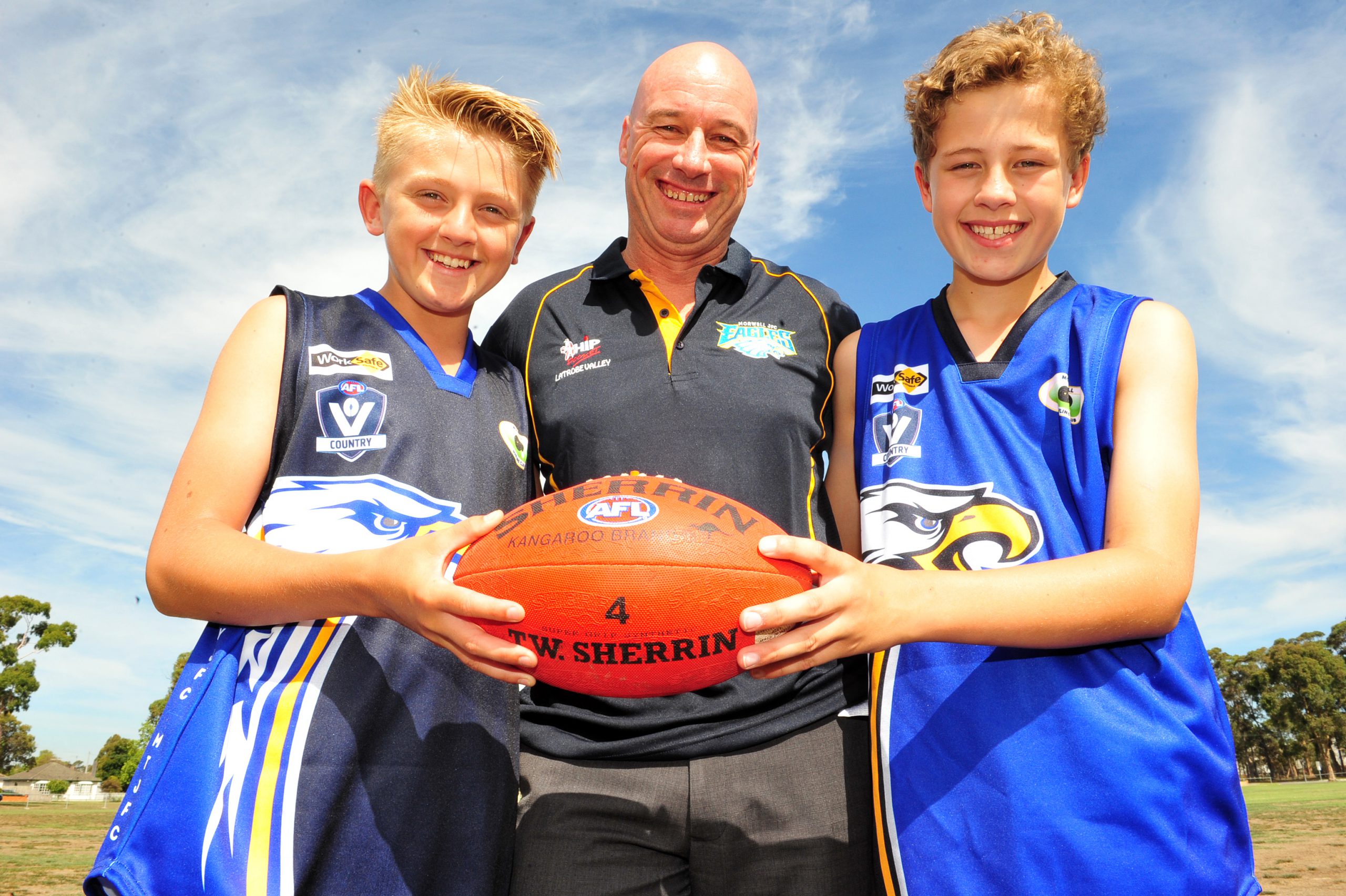 THE Morwell Eagles have shown off their fresh plumage as the newly formed junior football club prepares to take flight in the 2016 season.

A $12,000 major partnership over the next three years helped secure funds for the Central Gippsland Junior Football League club’s new jerseys, which have proved a hit.

“The good thing was we actually had the jumpers designed by a local company so they’re something fresh and new and something the kids are looking forward to wearing; the feedback from the kids has been very positive.

“It’s been a really good response so far.”

The amalgamation of Morwell Tigers and Morwell Youth Club has garnered unprecedented support from the local community with burgeoning interest from players, volunteers and local businesses.

Bloomfield said the groundswell had vindicated the decision to merge the two junior outfits.

“It’s going along alright, there’s obviously a fair bit to do with setting up a new club,” he said.

“We have been fortunate to secure the administrative services of a strong group of people, and are working very closely with both Morwell East and Morwell Football Netball Clubs, Morwell Auskick, AFL Gippsland and the Central Gippsland Junior Football League which has made for a smooth start to date.

“The committee is probably at its highest level certainly in the time I’ve been involved with junior football; all positions were filled and we had three or four more (in surplus) who were keen to get on the general committee.”

The Eagles began recruitment through school visits this month and enticed about 17 new prospective players from the first two of seven engagements.

Bloomfield said the club was optimistic of fielding multiple sides across the age groups and expanding its youth girls’ membership.

“We’re pretty confident that we’ll get good numbers, potentially some hope we may get three sides in under 10 and 12 football, and hopefully we can reach our target of around 80 in Auskick,” he said.

The union of the two clubs – first mooted in 2014 – came after a comprehensive review of participation numbers found football in Morwell faced an unsustainable future.

Of particular concern was the loss of some 30 young footballers leaving the code after the 2014 season, with a further 33 who live in the 3840 postcode playing outside of town.

The club will stage a registration day on Monday, 22 February at Northern Reserve, which will feature a meet and greet with the St Kilda Football Club.

Coaching appointments and training dates will be announced in the coming weeks.