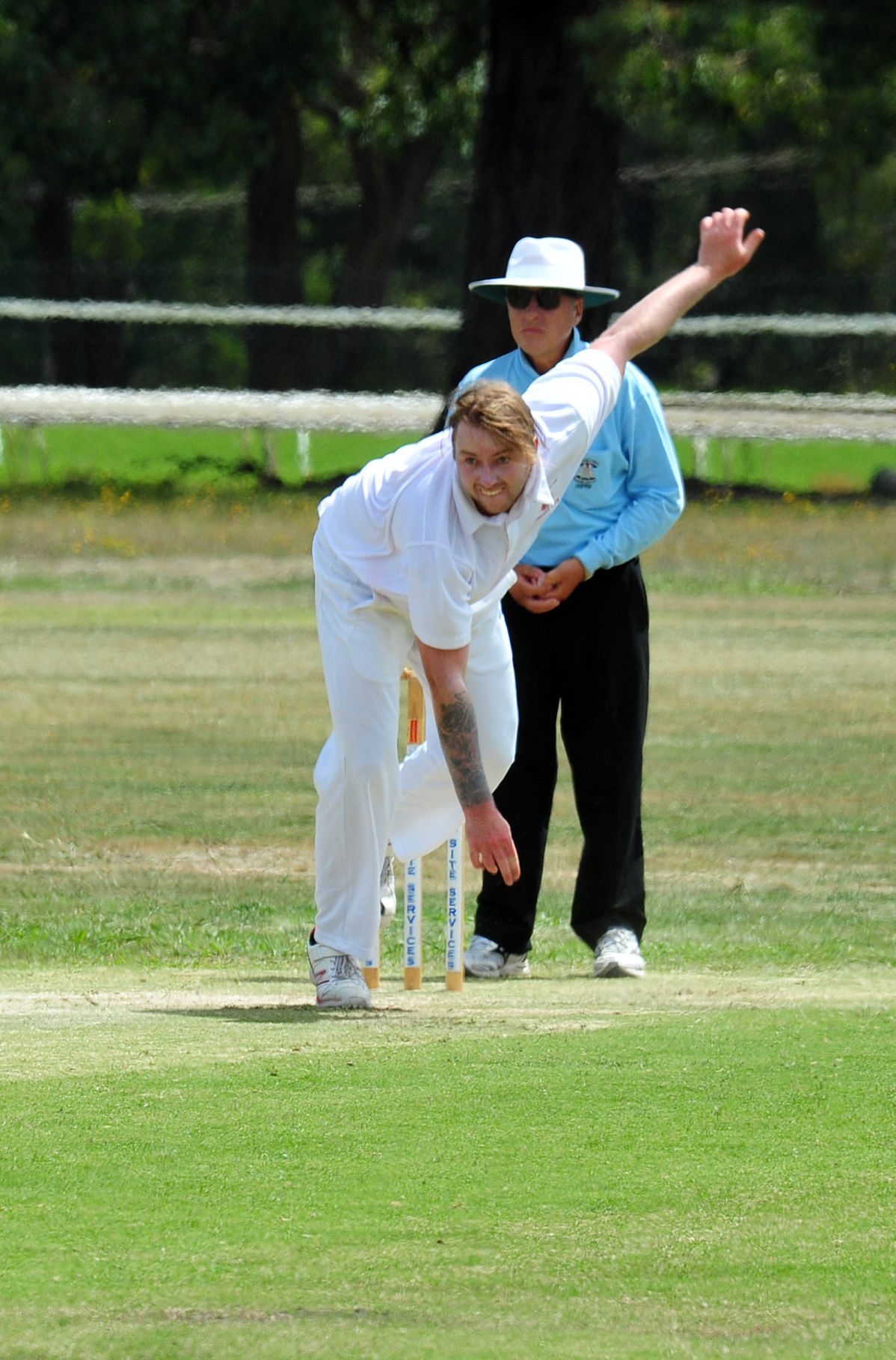 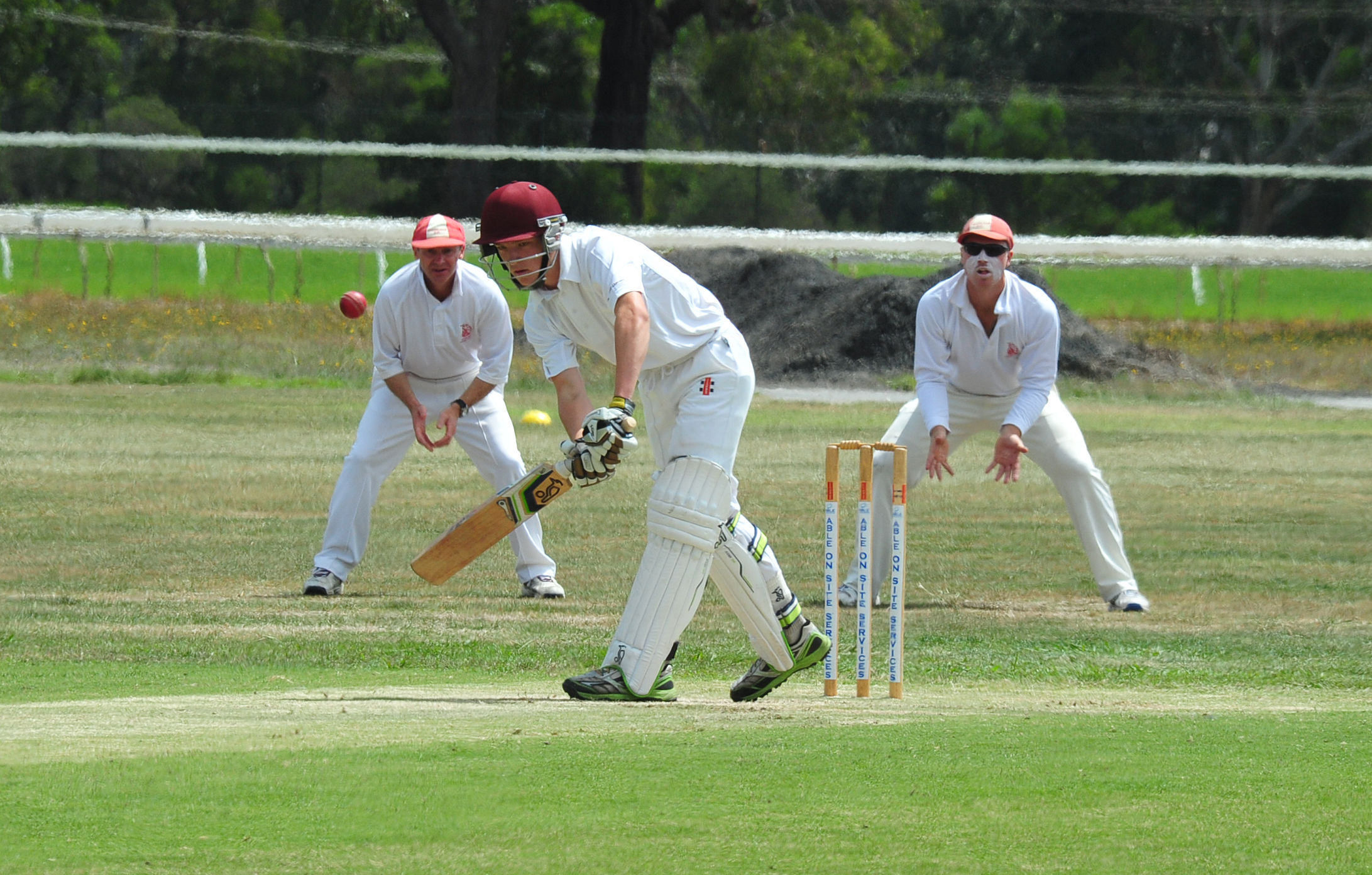 A superb century to English import Adam Mates secured an important win for Mirboo North over Yallourn North in the penultimate round of central Gippsland cricket.

Chasing the Bombers’ 179, the opener added 76 in partnership with Rob Phoenix before the latter fell to partnership-breaker Josh Keyhoe.

There was to be no let-up though as Shane Peters joined Mates at the crease and steered the Tigers past the victory target. The Tigers then accelerated before Mates was eventually adjudged LBW to Will Lawrey Jnr and Peters became Gavin Pearson’s third wicket of the innings after the captain struck a fine 40.

Pearson took 3/48 to be the Bombers’ best bowler of the innings and with a little more on the board may have made matters interesting.

Sent in to bat again, Yallourn North responded with a 99 run opening stand between Aidan Vesty and Josh Keyhoe.

Keyhoe hit his second 54 of the match while Vesty played prolifically for an unbeaten 73, but the pair will have skipper Patrick Spiteri tearing his hair out that it came in the second innings when the game was already lost. The Bombers reached 3/172 which should give them plenty of confidence ahead of next week when they welcome Latrobe for what looks to be their final game of the season.

MOE was humbled by Trafalgar as the Lions fell well short in their pursuit of 290 at Racecourse Turf.

Noonan picked up the key wicket of Moe captain Andrew Philip for 17.

Daniel Heathcote then destroyed the tail with 6/17, with seven batsmen falling for single-figure scores.

Trafalgar captain Rhys Holdsworth opted to send the Lions straight back in but was met with sterner resistance this time. Kayne O’Connell struck an excellent unbeaten 83 to restore some pride. Philip again fell cheaply, this time for 26, but Noah Kane played out the overs alongside O’Connell as the home side closed at 2/149.

It was a case of what could have been for the Lions who again got it wrong in the first dig.

JEERALANG-Boolarra made the Sharks work hard for maximum points, but was ultimately too far behind in the game to stave off outright defeat.

First-innings hero Tyron Gamage made the first breakthrough when he had Craig Blackberry caught in the slips and knocked over Ossy Brennan soon after.

Ben Heath and Stan Urbanic got starts and were attempting to dig in but both fell victim to the slower bowling of Matt Brewer.

Chasing 31, Latrobe lost Brewer for one to a sharp return catch by Urbanic, before youngsters Brad Aitken and Hayden Kimpton guided the home side to outright points and sent their side top of the table.

LATROBE Sharks were humiliated by Morwell as Roger Henry tore through the visitors to take 5/14 and raze the hapless Sharks for just 29.

Craig Giddens then struck a half-century as the Tigers closed on 1/158.

Bundled out for 143, St Vincents was well beaten by Thorpdale, which cruised past the target two wickets down with Pat Spinazzola (53) and Harvey Poole (40) guiding the chase.

Brandon Bradshaw (3/13) was too hot to handle for the Lions, but the Tigers needed David Woodall’s unbeaten 78 to guide them home in the penultimate over.

TRAFALGAR kept its finals hopes alive with an important win over Latrobe Colts.