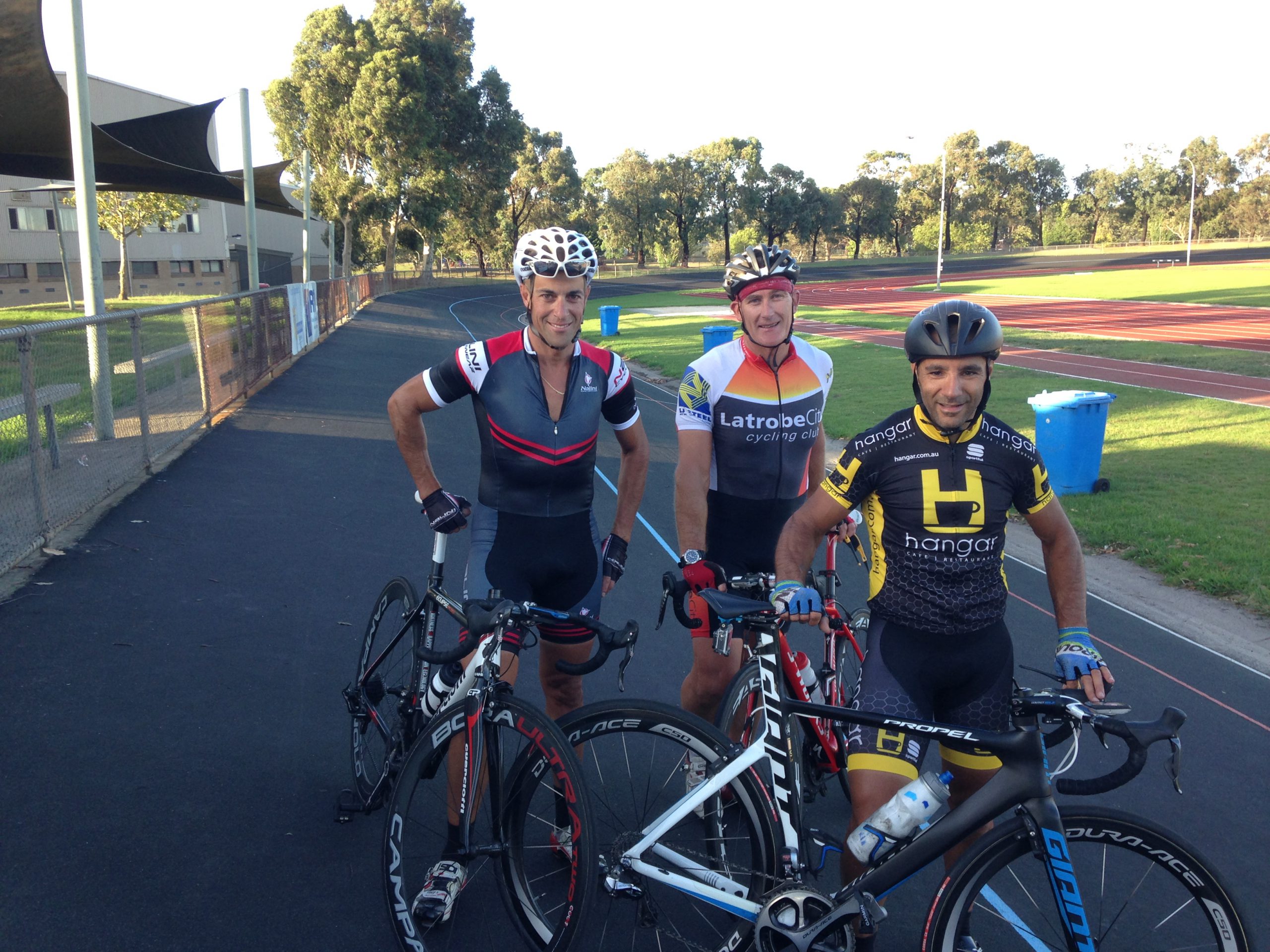 A strong field of riders gathered for the hour-long race including former winners and race favourites Gafa, Darren Spiteri and Brett Van Berkel.

Within two minutes of the race start Chris Joustra attacked in his typical style – slowly.

He rolled off the front and the peloton kept him within 100 metres for a lap or two before Jim Timmer-Arends reeled him back with the pack in tow.

Nobody else was willing to have a go until Joustra attacked again about 15 minutes in, with the same effect.

This was the pattern for the night as the pack welcomed him back after a lap or two off the front.

The next to have a go was Timmer Arends, but wary of the strong rider’s threat Gafa and Craig Skinner worked to close the gap.

Colin Aitken was the next to try his hand but in windy conditions returned to the group.

The relentless attacks caused Brett Hayes to be dropped, ending his race.

After an uneventful mid-section a few riders decided to break the will of the sprinters 20 minutes out from the finish.

Joustra and Aitken tried numerous attacks, while Paul Makepeace, Timmer Arends and Gafa did most of the chasing and managed to prevent any decisive breaks.

With five minutes to go everyone was trying to attack Gafa, who had to cover every move.

Spiteri, Skinner and Van Berkel had energy to burn as a battle of the fast men began to brew.

At the bell lap they lined up; Spiteri was spotted near the front for the first time, right on Gafa’s wheel with Skinner and Van Berkel just behind.

With 250m to go Gafa led out and immediately gapped everyone but Spiteri.

As the line approached Spiteri pulled out of the slipstream to drive for the line, but as soon as his nose struck the wind it was game over as Gafa powered on.

Spiteri was second and Skinner third.