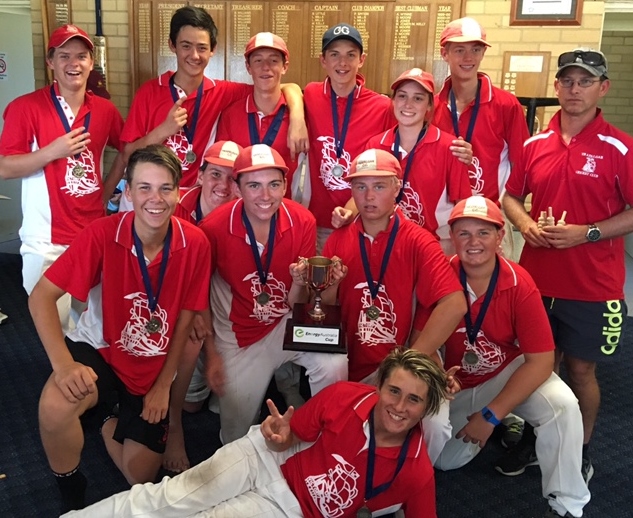 Latrobe skipper Will Kennedy won the toss and sent Trafalgar in first but could not make an early breakthrough.

Brodie Burgess and Liam White successfully negotiated the opening overs before Kennedy trapped White in front of the stumps.

He then had Nicole Faltum caught behind for a duck before Blair Clymo came and went for just five.

The Ships were robbed of momentum when Burgess brought up his half-century as the rules required him to retire unbeaten.

Anubhav Meenakshi capitalised on having new batsmen at the crease, dismissing Jack Hurst, Justin Morrow and Cougar Millsom for ducks to leave the Ships in deep trouble at 7/71.

Leo Connolly took control of the innings, playing safe shots and waiting to punish the bad deliveries, and took a particular liking to opening bowler Hayden Kimpton who saw his nine overs disappear for 53 runs.

Connolly rescued the session for Trafalgar, adding 63 alongside Luke Cameron before the latter was dismissed by Kennedy.

Zack Brown then removed the returning Burgess before wicketkeeper Benn Zomer ditched the gloves and broke through Connolly’s defence to bowl him for a crucial 60.

Chasing 165 Latrobe needed a strong start, which Zomer and Kyle Hearn provided in a stand of 24 before Connolly had Hearn LBW.

Connolly then dealt the Sharks a significant blow by having Kennedy clean-bowled for a golden duck.

Connolly (4/16) and Brodie Burgess (3/22) burned through the middle order before Brown took the last wicket to dismiss Latrobe for 66 in just over 25 overs.