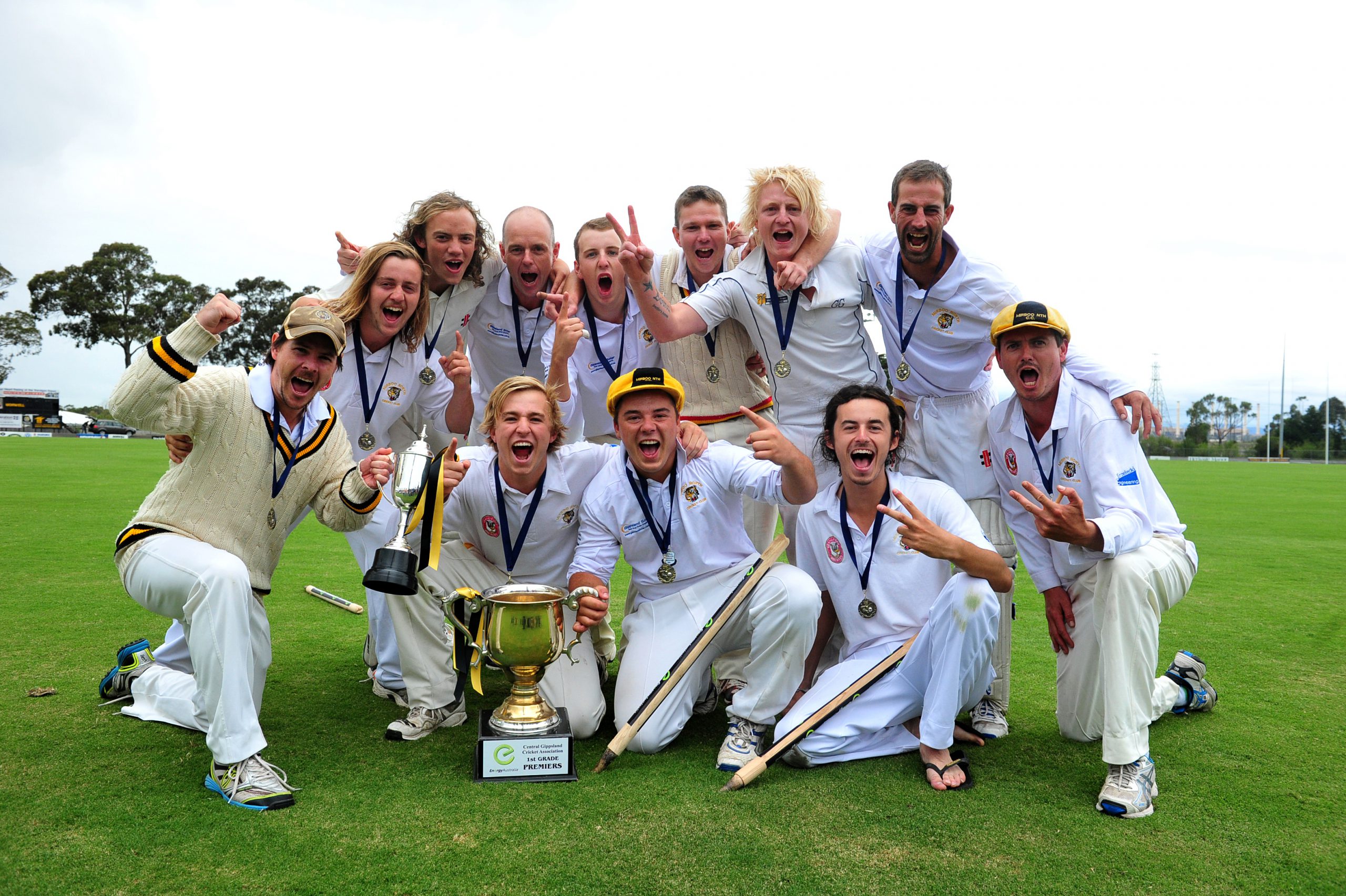 The Tigers strangled the Sharks in the opening session, in which they conceded just five runs, before dismissing the perennial bridesmaids for 124, 18 runs short of the target.

Latrobe made a token attempt to raze through Mirboo North in pursuit of an unlikely outright, but only managed two wickets before stumps were drawn at 2/62.

Mirboo North entered day two – pushed back a week after play was lost last Saturday – requiring seven wickets for fewer than 63 runs, but captain Shane Peters said the side never felt like an underdog.

“We never felt that (we were out of it), we honestly backed ourselves to take seven wickets before 60 runs,” Peters said.

“We felt it when we left the ground the week before and we’d been taking a nice relaxed week all week and sure enough we got the job done.”

Josh Taylor claimed the key wicket of Anthony Bloomfield, LBW for 16, in the first over of the day before the Sharks withdrew into their shells.

Latrobe then lost 5/10 in a laborious passage of play which included a five run opening session.

“We had a set plan for one bowler to get Bloomfield out – that worked perfectly in the first over – then if we got him early I felt the pressure was right on from that moment onwards,” Peters said.

Zomer abandoned the defensive mindset which had plagued the run chase and played some aggressive strokes to offer the Sharks a glimmer of hope, with Evans supporting capably at the other end.

At 8/124 the Sharks were in with a sniff before Zomer was caught behind off Liam Smit and Evans (15) could not drag his side over the line, bowled by Taylor without adding another run.

Rob Phoenix and Taylor both ended with figures of 3/37 in support of Smit’s Herculean 3/17 from 23.1 overs.

Batting a second time, Mirboo North lost Adam Mates (8) and first innings hero Jesse Giardina (17) before skipper Peters (28*) and Connor Williams (2*) made sure of the silverware.

Sharks captain Evans’ prediction that the first hour would be telling proved prophetic as Latrobe was left to lament another one that got away.

“As I mentioned last week at the close of play, it was going to come down to the first hour this week and basically if we could’ve got off to a solid start and put some runs on the board, it would have put us in a positive place,” Evans said.

“The first hour of play we probably needed to be little more positive in the way we went about it. We didn’t score a run in the first eight overs and lost two or three early wickets; that was probably what changed the game in the end.

“They bowled the exact right areas and they had a great field set – credit goes to them.”

Now with half a dozen consecutive grand final appearances and no trophy to show for it, Evans said Latrobe would continue to build for the future in a bid to finally get over the line.

“In this kind of a situation all you can do is focus on what you can do personally as a club; we’ve done the right thing this year blooding a lot of kids through B and A grade and that will set us up for the future,” he said.

“It’s been six years without one but if your club can put your players and the club in the right position, one is eventually going to come. Once we can get the bogey off our back and get one, a few more might flow.”

Giardina received the Matt Clarke medal as player of the final for his quickfire 71 in the first innings in an otherwise bowler dominated match.