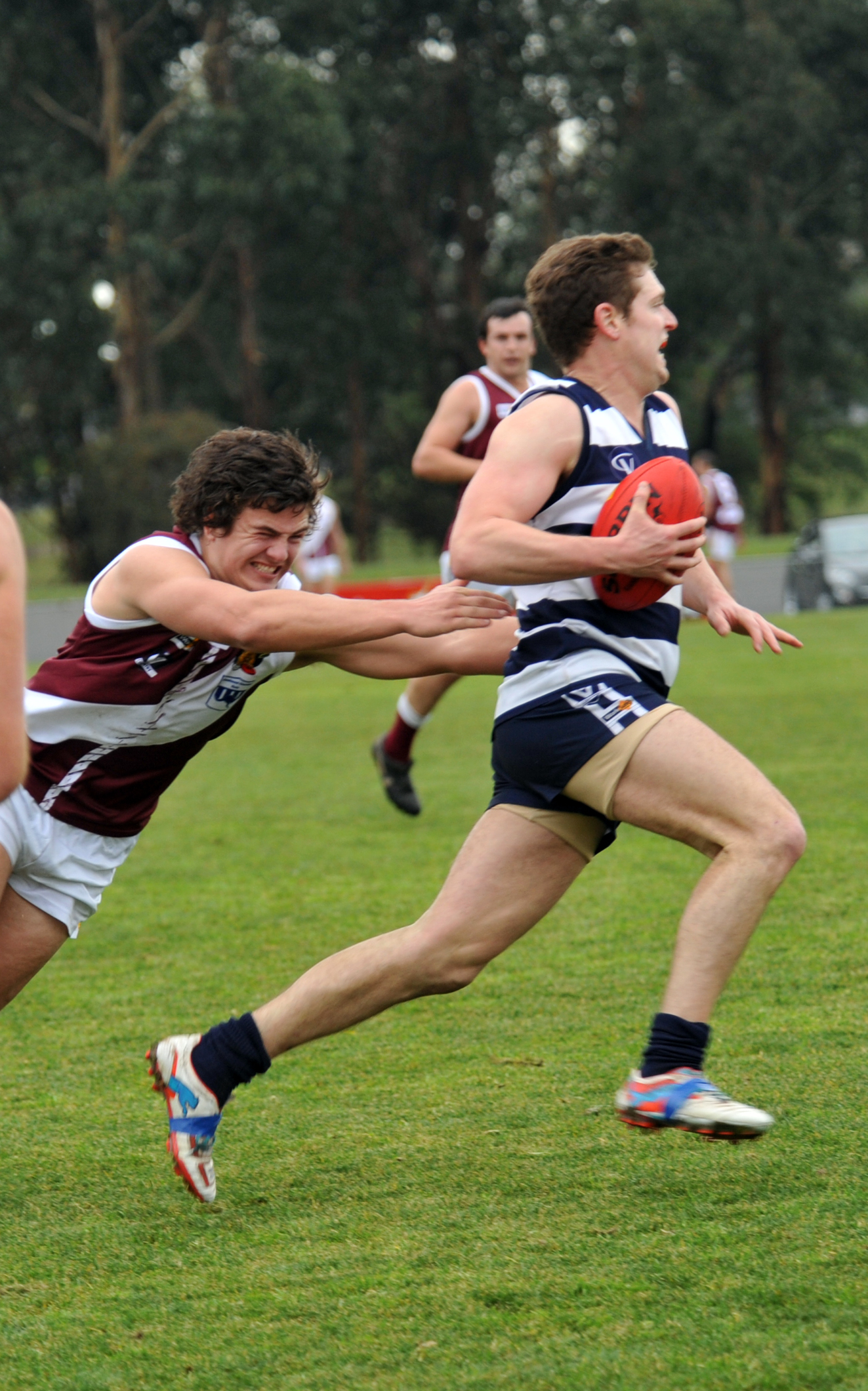 The Wildcats posted a comfortable 19.17 (131) to 10.8 (68) triumph over the Demons in Friday’s first leg of the split opening round in a seaside showdown at Woodside.

After losing the corresponding encounter by a similar margin last year Wildcats coach Gary Jones said the turnaround was a huge shot in the arm for the new-look side.

“Compared to last season when they lost the same game by about 80 points and the season just looked doom and gloom, this gives the club a little more hype and a bit of a roll on for the confidence,” Jones said.

With a raft of new recruits at his disposal, Jones, who ascended from assistant coach when Daniel Risol pulled the pin due to work commitments late last year, said it was encouraging to see the revamped squad click early.

“One of the concerns we had, because we had a few new faces in the team, was we didn’t know how we were going to gel on the field and it does take a little bit of time,” he said.

“Twenty of the guys had already played at Woodside so… the on-field side of things worked out pretty well in that sense.

“Our ball use and ball movement we’ve tried to change up a little bit. Last year they didn’t have the quality players there… this year we’ve got a bit more talent so we’ve worked out a bit of a game plan for us.

“It was probably across the board, the whole team did their job and played their part which is really good for us.”

A swirly breeze marginally favoured the town end, which Yarram was heading in the first quarter, but Woodside kept peppering away at the big sticks.

Accurate kicking kept Yarram in touch and when Corbin Sutherland slotted a major from a difficult angle at the 15-minute mark, the Demons were back within six points.

Led in the forward line by Rob Michaelides and Tom Love, who hammered home two goals for the term, the Wildcats built a 5.3 (33) to 4.0 (24) quarter-time lead.

Solid defensive pressure in the midfield forced Yarram to go wide in the second quarter.

This paid dividends as the Wildcats held the Demons back to just one goal for the term.

It was a different story at the other end as good running off half-back and direct forward delivery via the centre corridor gave the ascendency to the Wildcats.

The result was a five-goal-to-one quarter with the Wildcats tearing the game apart to lead by 33 at the main break.

Scoreboard pressure began to tell and there was an air of confidence about last year’s ninth place finisher Woodside as it took the game by the scruff of the neck in the third quarter, piling on two goals early.

Robust midfield work from the Wildcats forced Yarram wide again and when the Demons did get the opportunity to score, they were wasteful in front of goal.

When Ryan Foat – who became the first Wildcat to notch 100 senior games on Friday – took a hanger and converted truly at the 19-minute mark, it was a rout.

The last term was a formality; a couple of early goals saw Yarram reduce the margin but Woodside had all the answers and put on a couple of its own.

By the 15-minute mark the sting had gone out of the game and it was all over.

Four goals in the fourth finished the job for Woodside, which was well served by Morwell recruit Michaelides who starred with a bag of seven playing on the ball and rotating forward.

Lucknow recruit Aidan Fitzgerald was a revelation in the ruck and not only allowed Foat to return to forward line but added another dimension to the midfield brigade.

“Most people would have seen on Friday he’s a really good ruckman and pretty much an extra midfielder because as soon as the ball hits the ground he’s very agile,” Jones said.

Darwin gun Keegan Dingo was another standout, along with Fazioli in a Wildcats unit intent on pushing toward a finals berth in 2016.

Woodside’s A grade netball side made it a memorable Good Friday with a 37-32 win, also over Yarram.