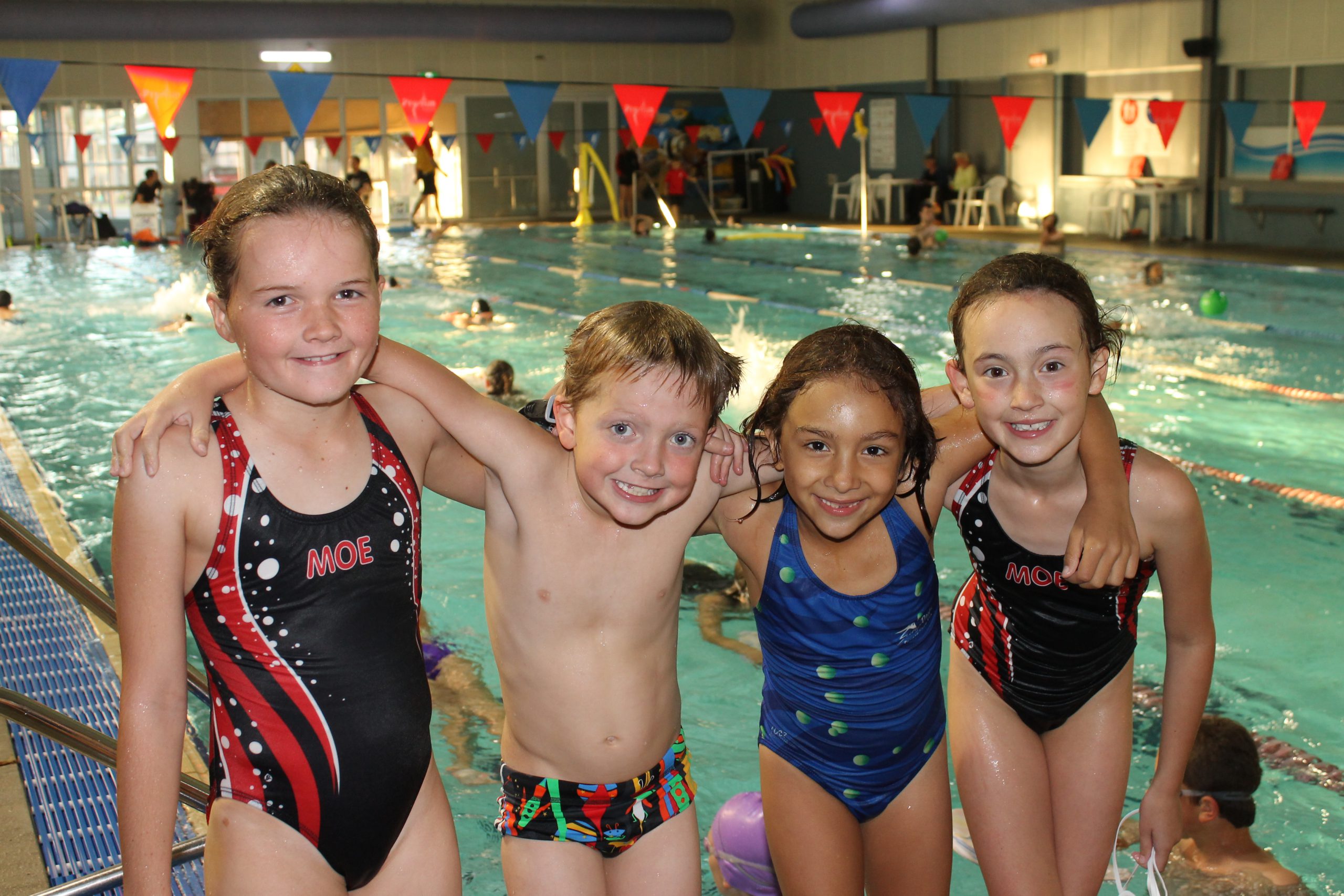 FOUR of Moe Swimming Club’s youngest swimmers are heading to the Victorian Country All Junior Semi-Finals at the Melbourne Sports and Aquatic Centre this weekend.

Seven year-olds Layaleeta Pannu and Zane Poxon, and eight year-olds Olivia Baillie and Felicity Prestidge, all placed in the top six Gippsland swimmers at a recent meet in Sale to qualify for the semi-finals in Melbourne.

The swimmers will race competitors from other Victorian country clubs.

Layaleeta qualified fourth in the girls’ eight and under 50 metre butterfly, sixth in backstroke, fourth in breaststroke and third in freestyle.

Zane qualified second in the boys’ eight and under 50m backstroke and sixth in freestyle.

Olivia qualified fourth in the girls’ eight and under 50m backstroke and sixth in freestyle.

Felicity qualified sixth in the girls’ eight and under 50m breaststroke.