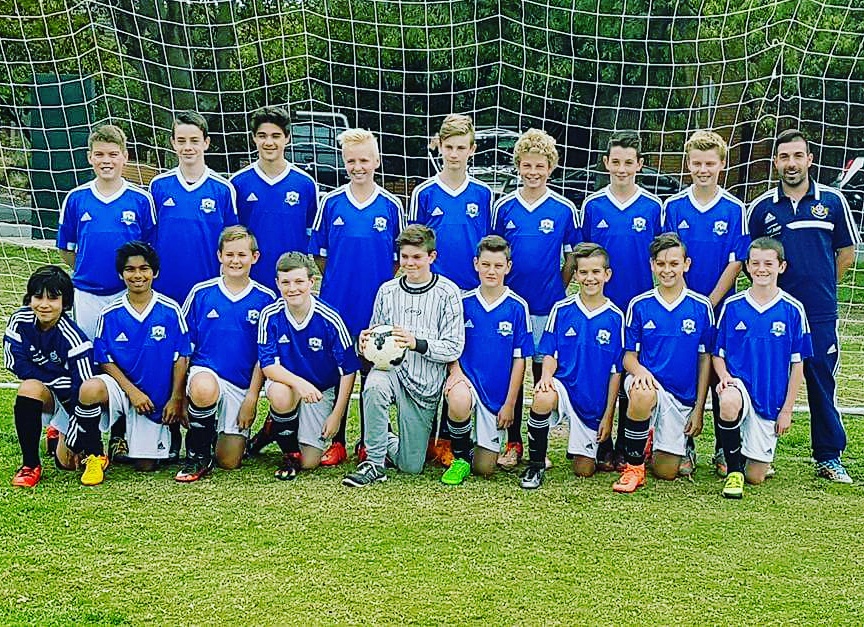 GIPPSLAND FC made its historic debut in the FFV metropolitan south leagues this weekend and showed it will be a force across the grades in its maiden season.

AFTER a nervous start the Gippsland boys settled and produced a fine, measured performance which grew in confidence as the game progressed against Glen Eira in Carnegie.

Goals from Cory Johnson, Jobie Heusmann and a double from Manny Scarlett secured a 4-2 victory for Gippsland.

The win was reward for a solid team effort, but Harrison Meyer drew extra praise after standing in as a last minute replacement in goals and produced some magnificent saves.

Connor Dastey scored a fine free kick for Gippsland just before half-time to make it 2-1 and, although both teams created plenty of chances in the second half, it was Beaumaris which scored a third goal in the late stages to kill the game off.

After a testing pre-season the under 15 squad gave a good account of itself in Mount Eliza.

Gippsland FC led 3-2 with 10 minutes to play but two late goals to the home team resulted in a 4-3 loss.

Coach Peter Lietzau said there were plenty of positives to take out of the game, in particular an excellent hat-trick from captain Jack Walton and encouraging debuts from Thanassi Katiforis and Nicholas Matheson.

Gippsland opened its 2016 campaign away from home with a win over a well-organised and hard-working Berwick City.

After a number of personnel changes over the summer, the boys earned a hard fought 3-2 victory in a see-sawing affair.

The highlight of the match was a well taken hat-trick by Nelson Tombra.

GIPPSLAND FC is home at Trafalgar on Sunday.

The under 13s take on Mornington SC at 11am followed by the under 14s against East Bentleigh at 12.15pm; Brighton SC are the visitors at 1.30pm against the under 15s and the under 18s pit their wits against Sandringham SC from 3pm.