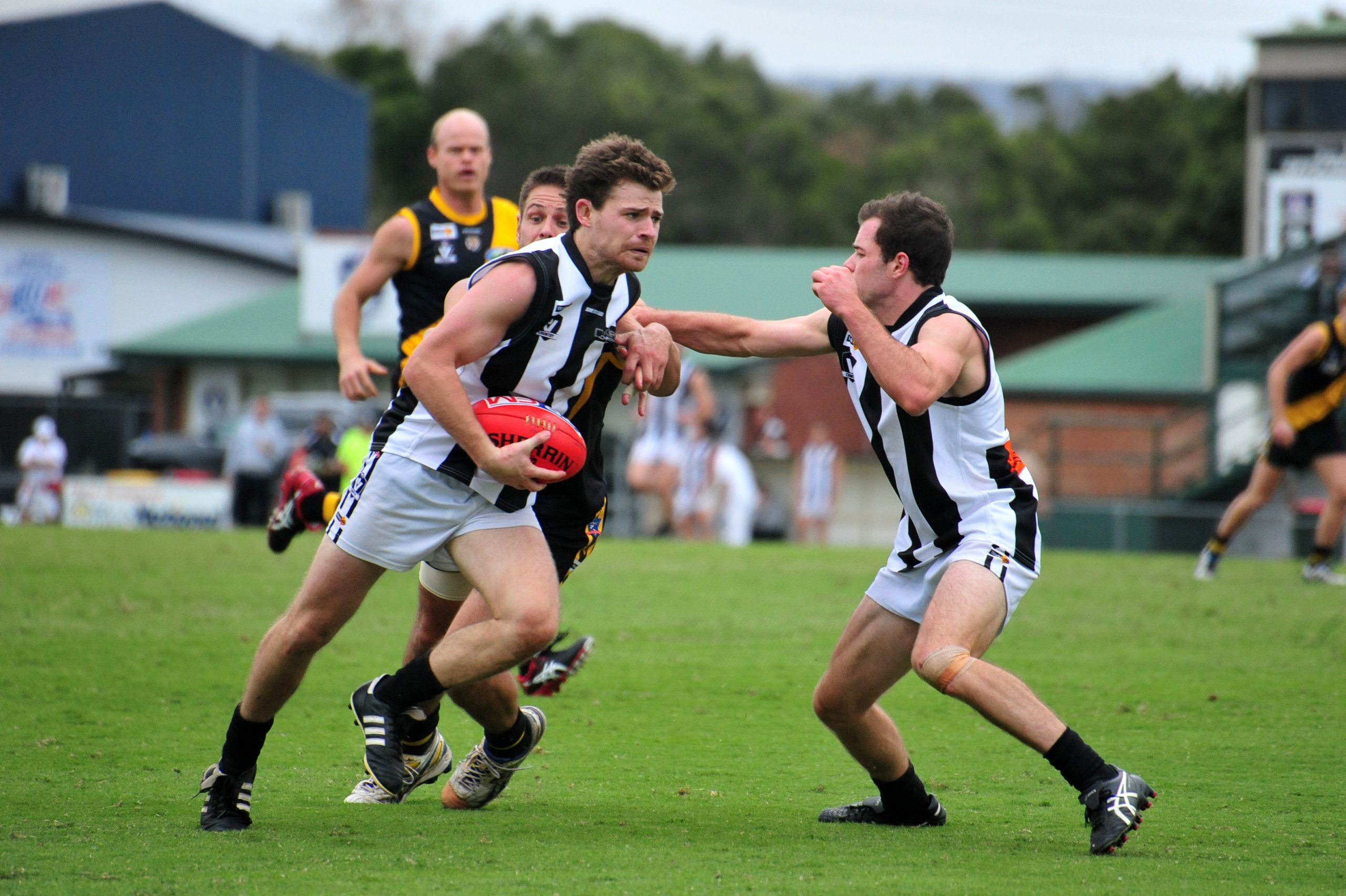 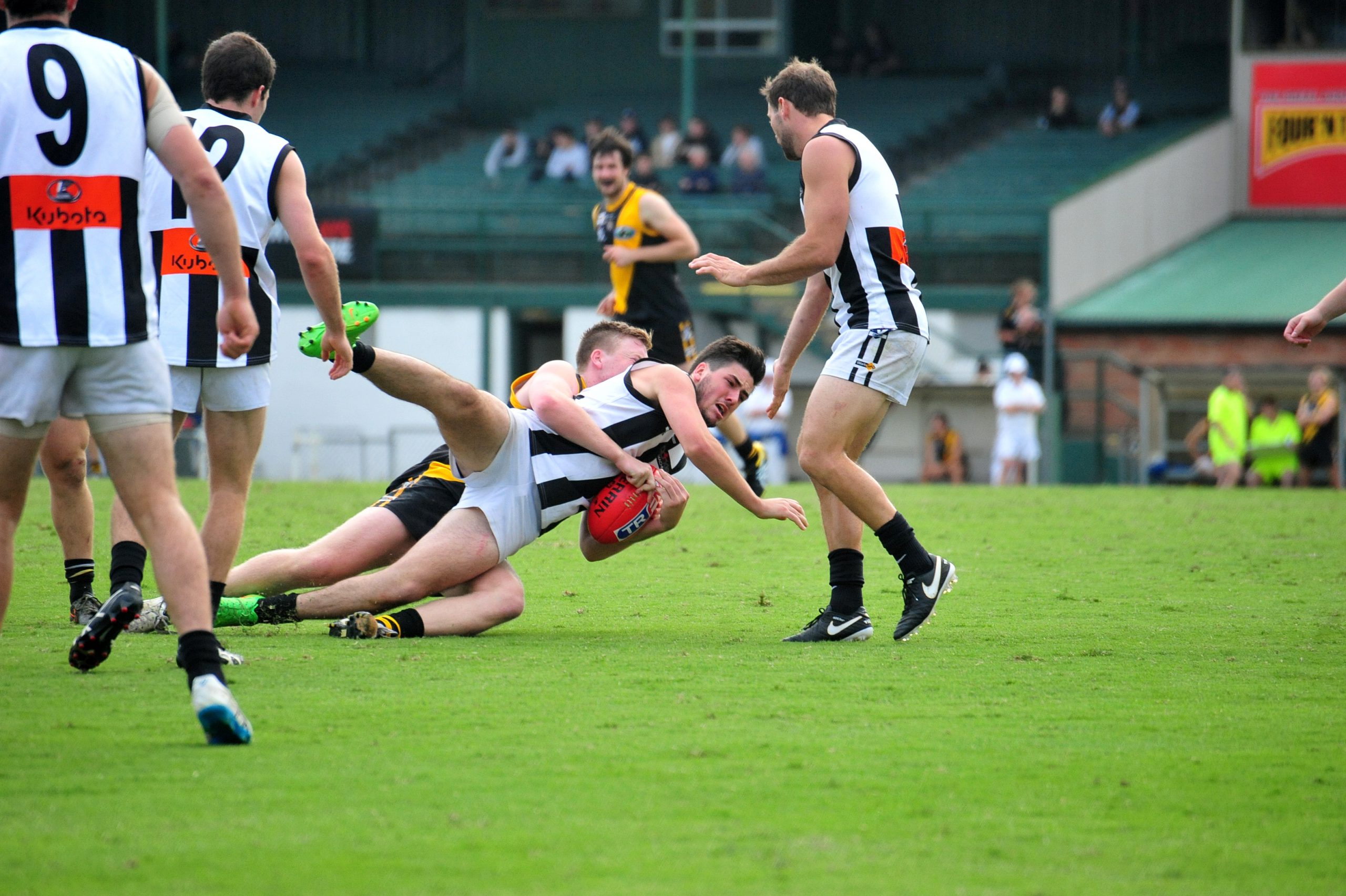 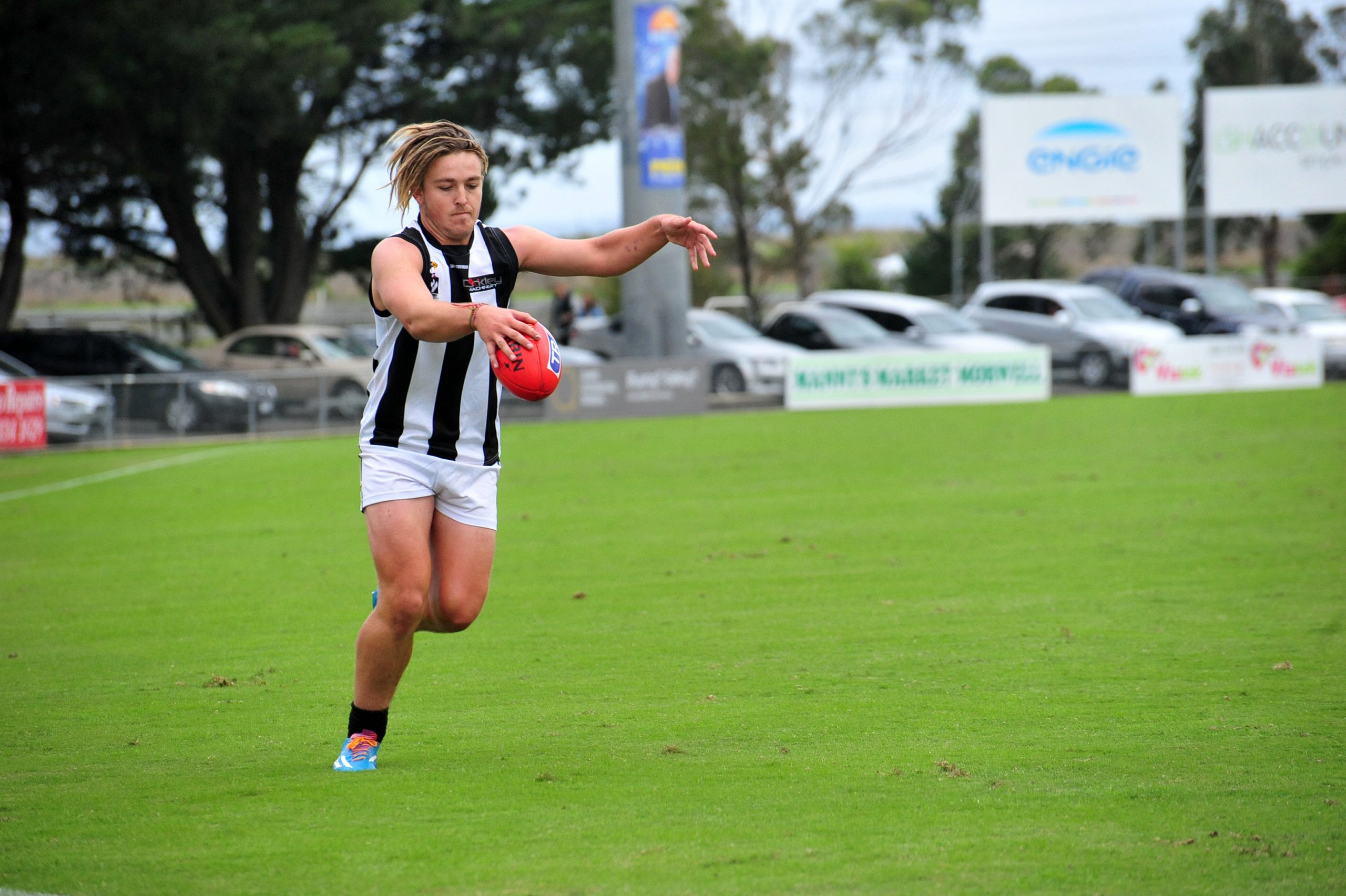 A switch from one goal square to the other proved fruitful for Sale’s Andrew Quirk, who kicked a bag of six to lead the Magpies to a 69-point thrashing of Morwell on Saturday.

The former interleague and team of the year fullback made the move and showed his quality in front of goal as the visitors hammered home 16 majors to the Tigers’ five on the day.

Coach Shane Fyfe, who scored his first win as a senior coach on Saturday, said the bold move was starting to work.

“We’ve restructured our team with Andrew Quirk going from full back to full forward and he kicked six which always helps,” Fyfe said.

“We had a general chat with him at the end of last season; we thought we needed another avenue to goal.

“Last year I felt we didn’t have that main goal scorer; the first game against Maffra it might not have worked, but on the weekend it did.”

A five-goal second term was Sale’s best for the game and set the platform for a big win as the visitor charged to a 37-point advantage by half-time.

The black and whites were wasteful in transition at times in the second half, but limited Morwell’s scoring to a single goal while adding six to emerge comfortable winners.

“Probably the most pleasing thing was that second quarter where we took the game on and ran and carried the footy really well,” Fyfe said.

“In the third quarter we sort of wasted the ball, we had a fair bit of the ball and just bombed it too long sometimes.”

With Quirk running amok in the forward line, Fyfe was equally impressed with the likes of young players Lachlan Ronchi and Ben Jones who played a role at the opposite end to paper over the cracks, with a couple still missing from the backline.

After some classic battles with Morwell in the 2013-14 era it was a tussle of two sides in transition and one Fyfe was happy to win.

“Both clubs are in that transition phase. When we won the premiership we’ve got a few boys left and they’re in a similar boat,” he said.

“It’s my first win as coach as well, hopefully it brings some of the things we’re trying to put into practice at training (to the fore), the boys might think ‘yeah that’s working’.”

TRARALGON stormed home with eight goals in the fourth quarter to down a dogged Moe Lions 23.10 (148) to 13.6 (84) at Gaskin Park, Churchill yesterday.

The Lions kept within about four kicks to the final change before the premier poured on the pressure to run away with the result.

Tim Johnston was in premium form and picked up five goals and the best on ground votes for the Maroons.

LEONGATHA made a big statement of intent in round two by knocking over another premiership contender, Wonthaggi, in emphatic fashion.

The Parrots put 14.15 (99) past one of the league’s most stringent defensive units with best on ground Chris Dunne leading the way with five goals.

DROUIN scraped across the line by five points over Warragul in yesterday’s other Sunday match.

With 16 behinds for the match Warragul will be left wondering what if just one of those had slipped through the centre sticks.

AN explosive second and third quarter barrage by Maffra helped the Eagles to an 85-point whalloping of Bairnsdale in the east Gippsland clash at Maffra.

Wayne Butcher’s side slammed eight goals in the second and a further seven in the third to leave the Redlegs shell shocked.

Perennial fiend around the sticks Daniel Bedggood slotted five for the afternoon as did Andrew Petrou.

Former league best and fairest Kel Porter was hot for the home team and featured among the votes.