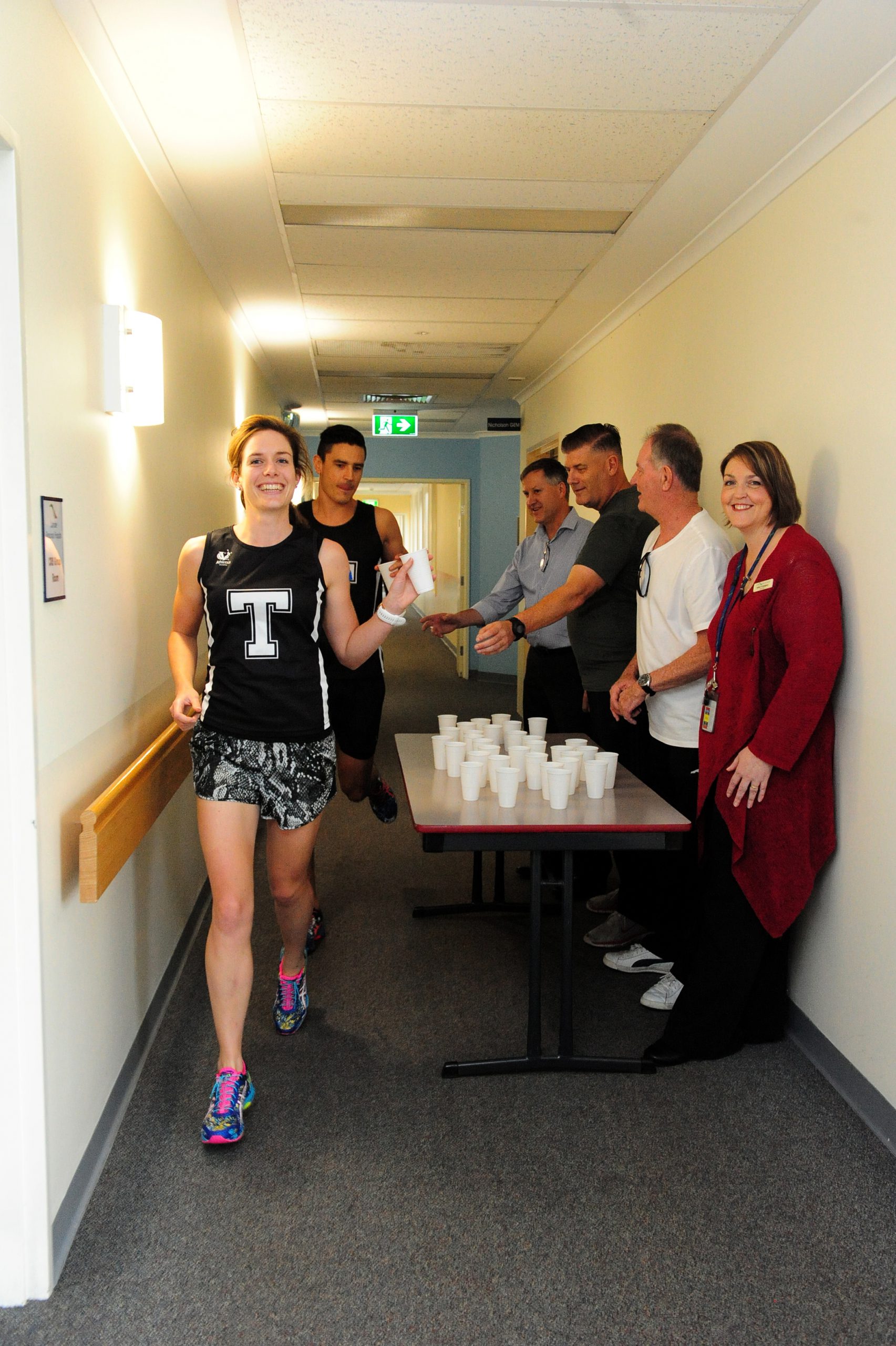 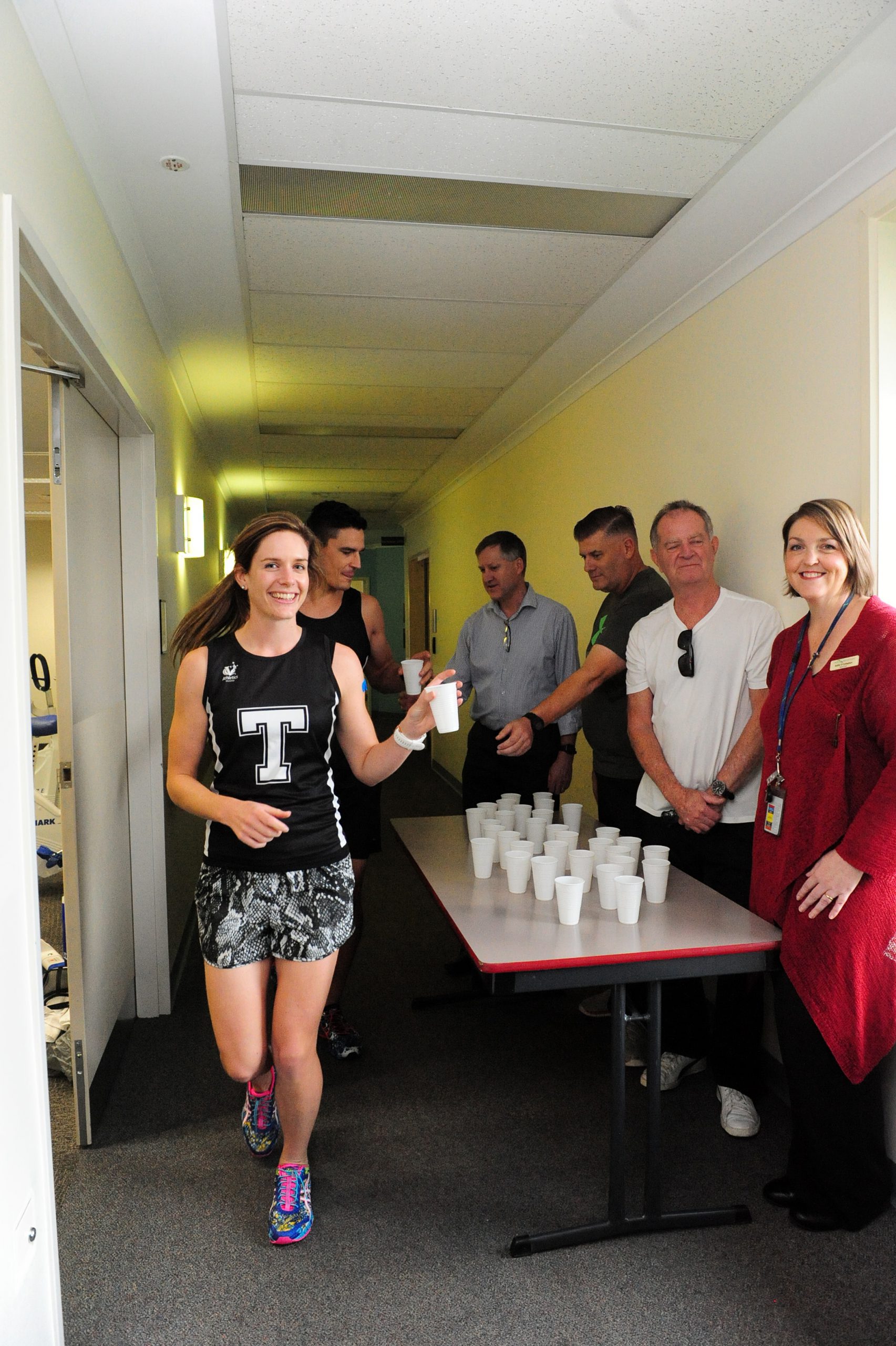 IT takes a lot of heart to complete a marathon.

Any runner will attest that it’s a long, hard slog – something patients of cardiac disease also face during treatment and recovery.

So it’s a perfect fit that funds raised at this year’s 49th Traralgon Marathon and Running Festival will go toward equipment for a cardiac catheterisation lab at Latrobe Regional Hospital.

“Many of those people in our community who have experienced a heart condition, or have had to have an intervention with cardiac services, will probably know they spend a lot of time going back and forth to Melbourne,” O’Callaghan said.

“The metro services are where those sort of services are provided; with the redevelopment we’ll have our own cardiac cath lab and those services available in the local community.”

There were 43,603 deaths attributed to cardiovascular disease, one of the nation’s biggest killers, in Australia in 2013.

An Australian dies to CVD every 12 minutes.

After helping fund the mental health courtyard through last year’s event the 2016 marathon will go from mending the mind to the heart.

“It (CVD) is huge and it impacts on everyone. The other thing we know is the earlier the intervention you can provide the better health outcome,” O’Callaghan said.

“The longer someone spends in transit to a metro hospital we know there’s going to be an element of risk; we want to reduce that risk as much as possible and provide as many of those services we can in the local area.

“Harriers not only have a commitment to health through the work they do (with running), but they’re going a really long way to help us raise money… for our new cardiac cath services as well.”

The fundraising target is not the only thing that has undergone a change. A new course, traversing the Gippsland Plains Rail Trail via Traralgon Recreation Reserve, will maintain the marathon’s reputation as a flat, fast circuit but adds another flavour to Australia’s oldest marathon.

“It’ll still be pretty flat but it will be much more scenic,” Traralgon Harriers president Will Hanrahan said.

“People from the city will run through the paddocks, through a bit of bush. It’s a nice winding course and still reasonably straight. It’s much more picturesque than running down the middle of a road (and safer).”

It seems to have struck a chord with the local community; more than 350 people have already registered for the run which appears set to challenge for a record field.

The second edition of the kids’ marathon, a 2.2-kilometre run on the day of the event combined with a logbook to make up a full 42km in the lead-up, will feature before the 10km run.

Hanrahan said more labour was necessary for the new layout and about 60 marshals would be required. To volunteer email info@traralgonharriers.org.au

For more information or to register visit

Discounted early bird entry rates are available until 1 May.

A 53 year-old man was drifting off to sleep one Friday evening when it hit.

The tell-tale pain down the left side of his body and the tightness in his chest led to the realisation.

It was a heart attack.

Bromley Llewellyn’s tale is all too common for men in his age group.

Fortunately it was one he lived to tell.

“I generally thought I was a fine, fit, healthy person until early in March I had a heart attack, I didn’t even see it coming,” Brom said.

“It crept up on me and ‘whack’ one Friday night.”

After initial treatment Brom was sent to Melbourne the following day where he had a stent put in for a 95 per cent blockage in one of his heart’s arteries.

He was automatically enrolled in Latrobe Regional Hospital’s cardiac rehabilitation program which has set him on the road to recovery.

“No doubt people would have heard all the information being spruiked over the years but they never worry about it until they have an event and become a victim of it,” he said.

“It’s extremely important you plug in, listen to what you’re being told and try and take something away from it and put it into practice.”

A fellow participant in the program shares a similar story.

Sixty-seven year-old Geoff Darcy booked himself in to have some symptoms checked after ignoring a recurring tight chest and sweats.

Turns out it was not a moment too soon.

“Perhaps not being as conscientious as I should have been I probably ignored it until one day I decided to ring the clinic,” Geoff said.

Geoff was soon ushered into the emergency room, then found himself in a Melbourne hospital that night.

The following week he was on the operating table for open heart surgery to have a graft replace the left major coronary artery.

After two weeks in hospital and six weeks into his recovery, Geoff said his was a cautionary tale.

“We’ve been given a second chance basically,” he said.

“I guess it’s just a huge shock to your system and you really have to learn to look after yourself.

“(If you have symptoms) go and get it checked out, don’t hesitate because it could have cost me my life, it’s too precious.

“Look after your lifestyle, your diet and make sure you do plenty of exercise.”

The Traralgon Marathon and Running Festival is a good place to start.

This year’s event is supporting LRH’s Heart Appeal, which will lead to the creation of a cardiac catheterisation lab in Traralgon.

It will mean diagnostic services are available to Gippsland patients, cutting out crucial transit time.

“Within two years we’ll have the angiogram facility in here at the Traralgon hospital, which will stop people having to travel to Melbourne to have their tests done, which will certainly mitigate the time for diagnosis and all that sort of stuff,” Geoff said.

And as both gents know, every moment counts.

Where: Starting from Traralgon Recreation Reserve and Showgrounds (Whittakers Road)