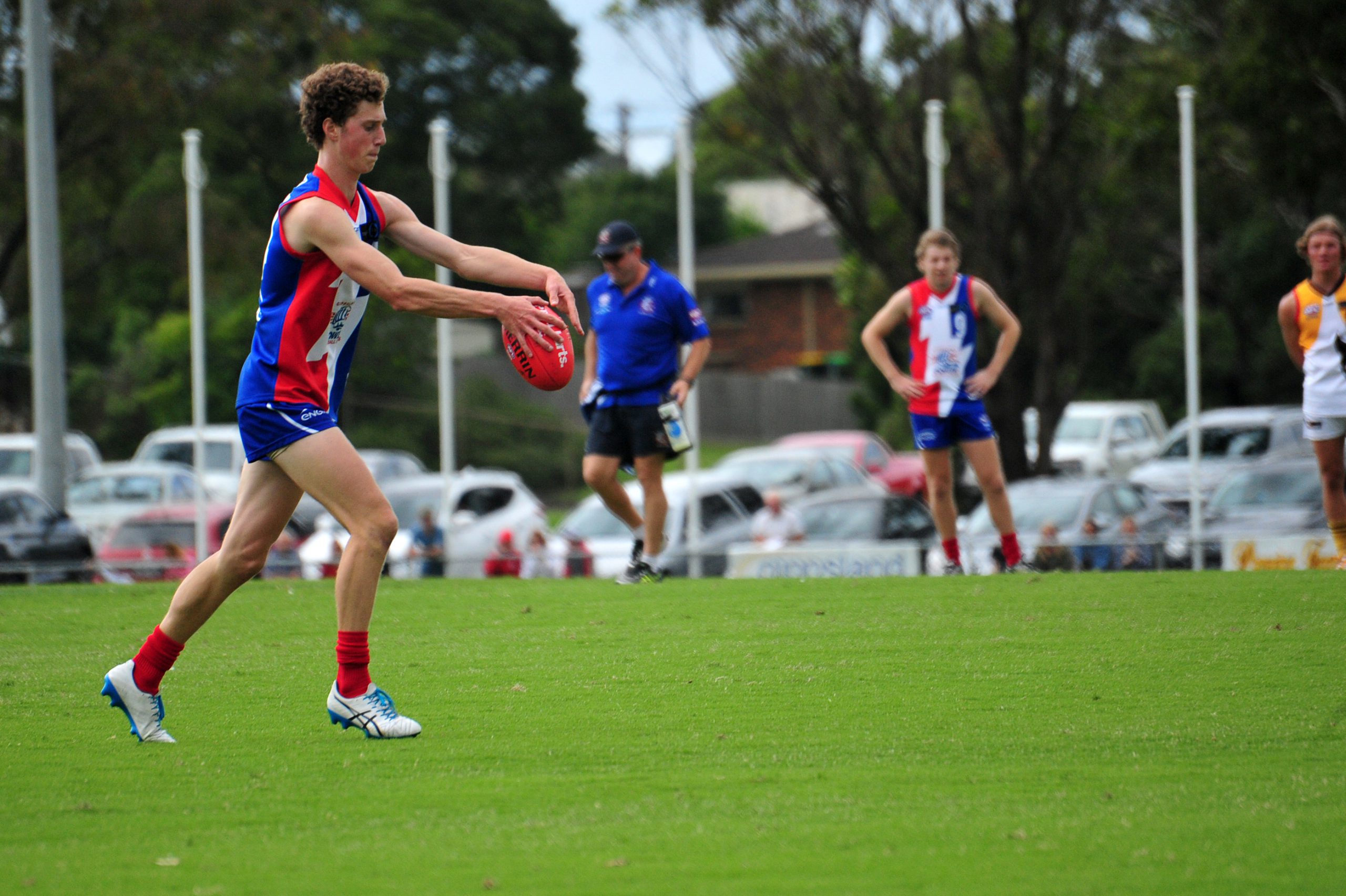 THE effort was there but the result was not for Gippsland Power in round four of the TAC Cup on Sunday.

The travelling side went down to Murray Bushrangers by 33 points but a late surge showcased the Power’s potential after it fell well off the pace at times through the clash.

Coach Leigh Brown’s message about commitment appeared to sink in from the start as effective pressure led to some good work by Sean Masterton to set up Anthony Young for the first goal of the match.

Mid way through the first quarter the Bushies kicked their first goal and went on to kick a couple more as the Power wilted to be 21 adrift at quarter-time.

As they had done at the start of the match the Power took the early initiative in the second term but was off target, before some strong work by Young and Trent Armour allowed Masterton to kick an important goal.

Not to be outdone, James Harrison and Jedd Serong went in hard to win the ball and then used it well to allow Ryan Hearn to kick the side’s second major in a row.

The Power’s momentum was cruelly crushed as the Bushies upped the ante and slammed on five unanswered six-pointers.

A combination of turnovers and being exposed on the resultant rebound had gifted the Bushies some goals and things were looking grim just before half-time.

The Power made a big effort late in the quarter and Austin Hodge and Will Stephenson applied stifling pressure to allow Young to kick a vital major.

The Bushies’ lead was 30 at half-time.

The host kicked the opener in the third but the Power hit back with great forward pressure by Young to create a chance for Kade Renooy who took full advantage.

Gippsland could not get a roll on and wasted gettable opportunities then watched forlornly as the Bushies capitalised on two defensive clangers.

It took some clever ruckwork by Keenan Hughes to set up Nick Mulqueen to kick a critical goal and bring the margin at the last change back to 31 points.

Young and Callum Porter set up Masterton to snap a clever goal to start the fourth and it appeared the Power was right back in the match.

Two more poor defensive decisions gifted the Bushies with majors almost against the general run of play and once again they looked ready to blow the margin out.

Some remarkable poise and purpose by Will Leslie and Renooy led to a goal for Hodge to keep the margin reasonable.

It was followed by some precise ball use by Josh Patullo, Jai Rout, Masterton and finally Leslie to once again bring the margin to less than five straight kicks.

Fate stepped in again and gifted the Bushies with a fickle bounce and goal.