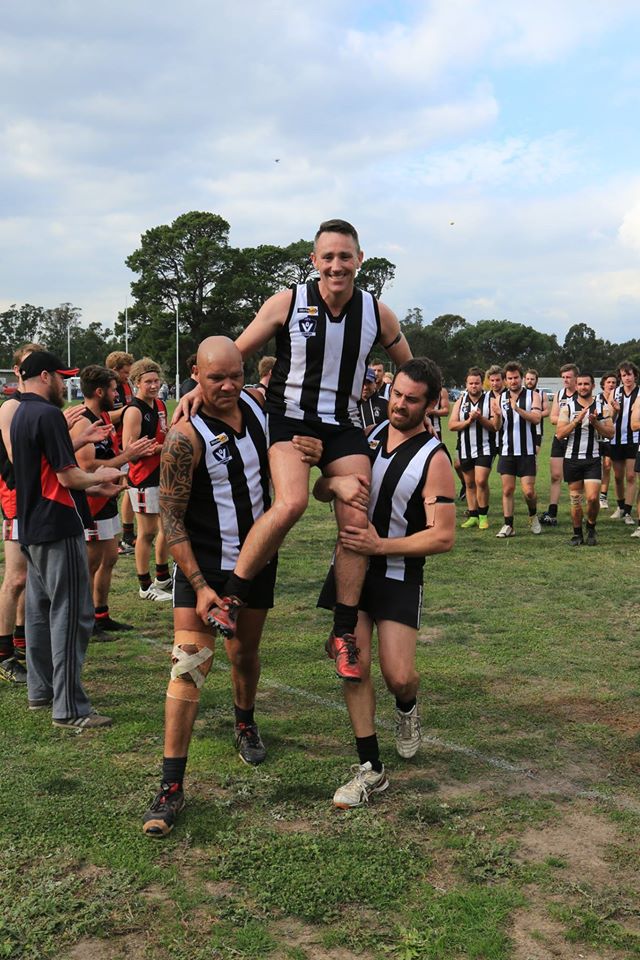 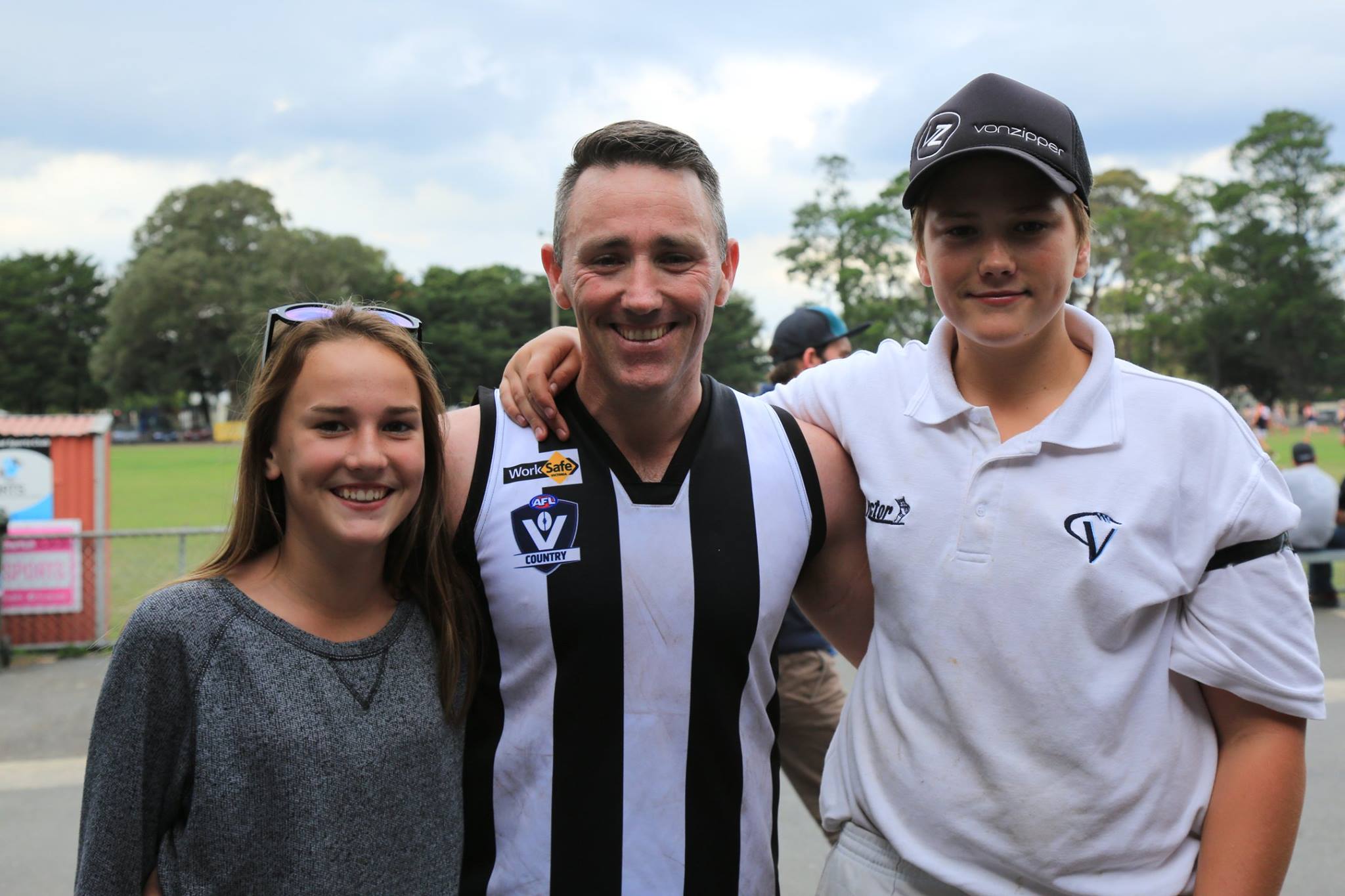 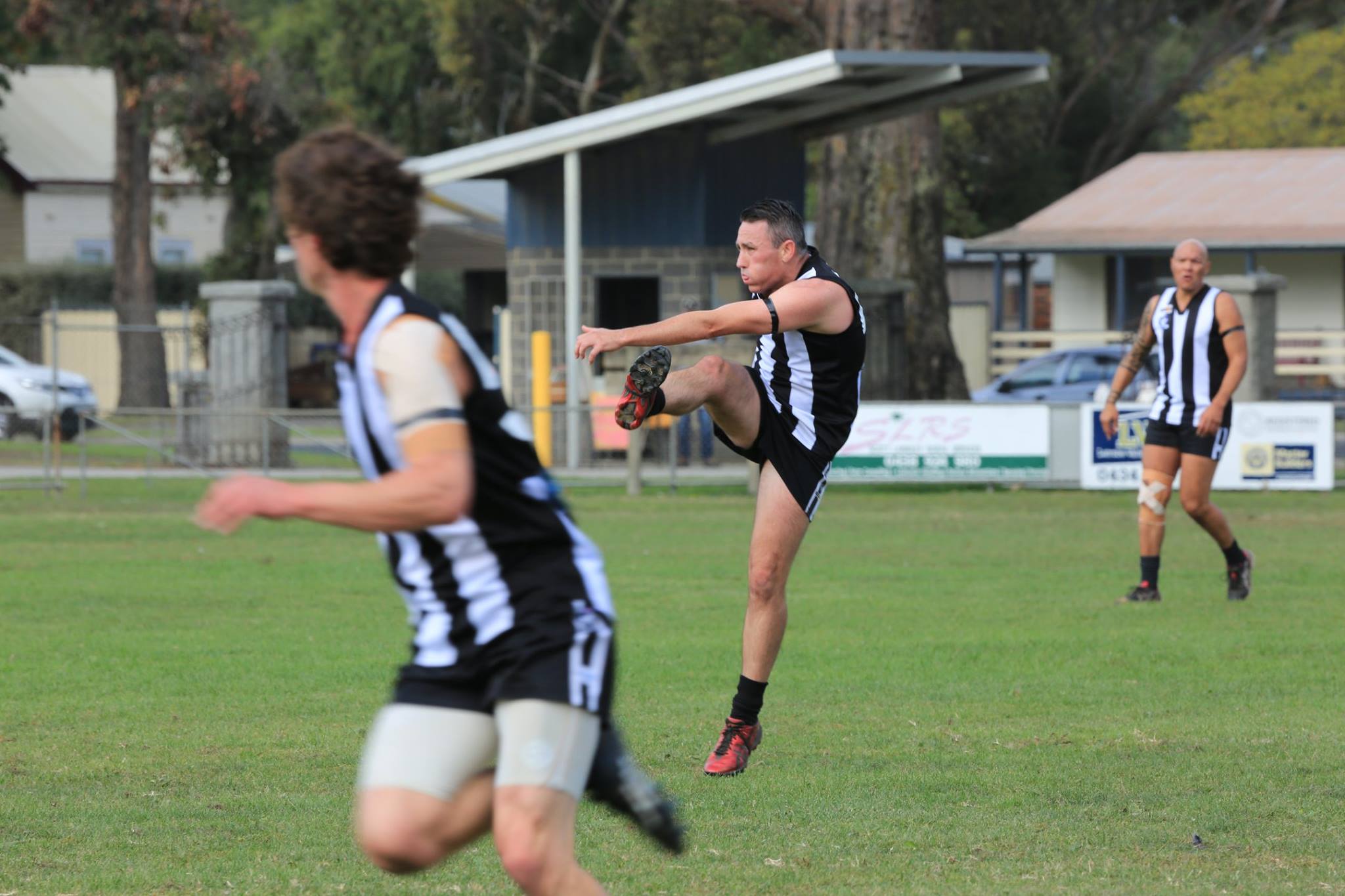 NOT often do you meet a true gentleman of the game, but that’s just who Steve ‘Pumpta’ Wright is – a great bloke and now a 400 game veteran for Glengarry.

It was a proud day out at Glengarry in round three when Wright donned the black and white to mark his quadruple century in the match against Traralgon Tyers United.

The fairytale was not to be on the field, with TTU finishing victorious, but it was still a remarkable achievement for Wright and one that will go down in the North Gippsland Football Netball League history books.

Wright grew up in the Melbourne suburb of Dandenong and remembers his grandparents taking him along to all the Richmond games at the MCG.

He proudly wore Jimmy Jess’s number 20 on his duffle coat.

He started his football career with the Dandenong midgets at age five and speaks fondly of his mother.

She raised Wright and his younger brother and sister pretty much on her own, working two jobs, yet still finding time to take him to all his games and supporting his sporting endeavours.

Wright moved to Gippsland when he was still young and now lives in Traralgon with his wife and three children.

He plans to continue his playing career and one day hopes to take the field alongside his son who is currently in the Southside under 16s.

His daughters are both keen Glengarry netballers.

Some of his most memorable football moments include playing alongside North Melbourne dual premiership player Glen Archer when he was in the under 15s and under 17s in the Teal cup.

Wright credits his longevity in the game to luck with injuries and keeps fit by jogging around the MCG precinct (he works in Melbourne) three to four times a week.

Some of the most influential people Wright has worked with on the local level include Ray O’Mara, Chris Membrey and Wayne MacDonald.

All have taught him much about how to play the game over the years.

He is thankful for the respect and commitment of the Glengarry Football Netball Club over the years in helping him achieve the magnificent milestone.

Laurinda May and Maree Whitty, who made his 400th game something to remember by preparing a special banner taking photos of the occasion, were worthy of special praise.

He was deeply honoured, sharing his milestone with his three long-term Glengarry mates, Trevor May, Anthony McMahon and Corey Peck, and said it was a truly humbling moment when his team chaired him off at the end of the game to the clapping and cheering of the opposition, supporters and staff.