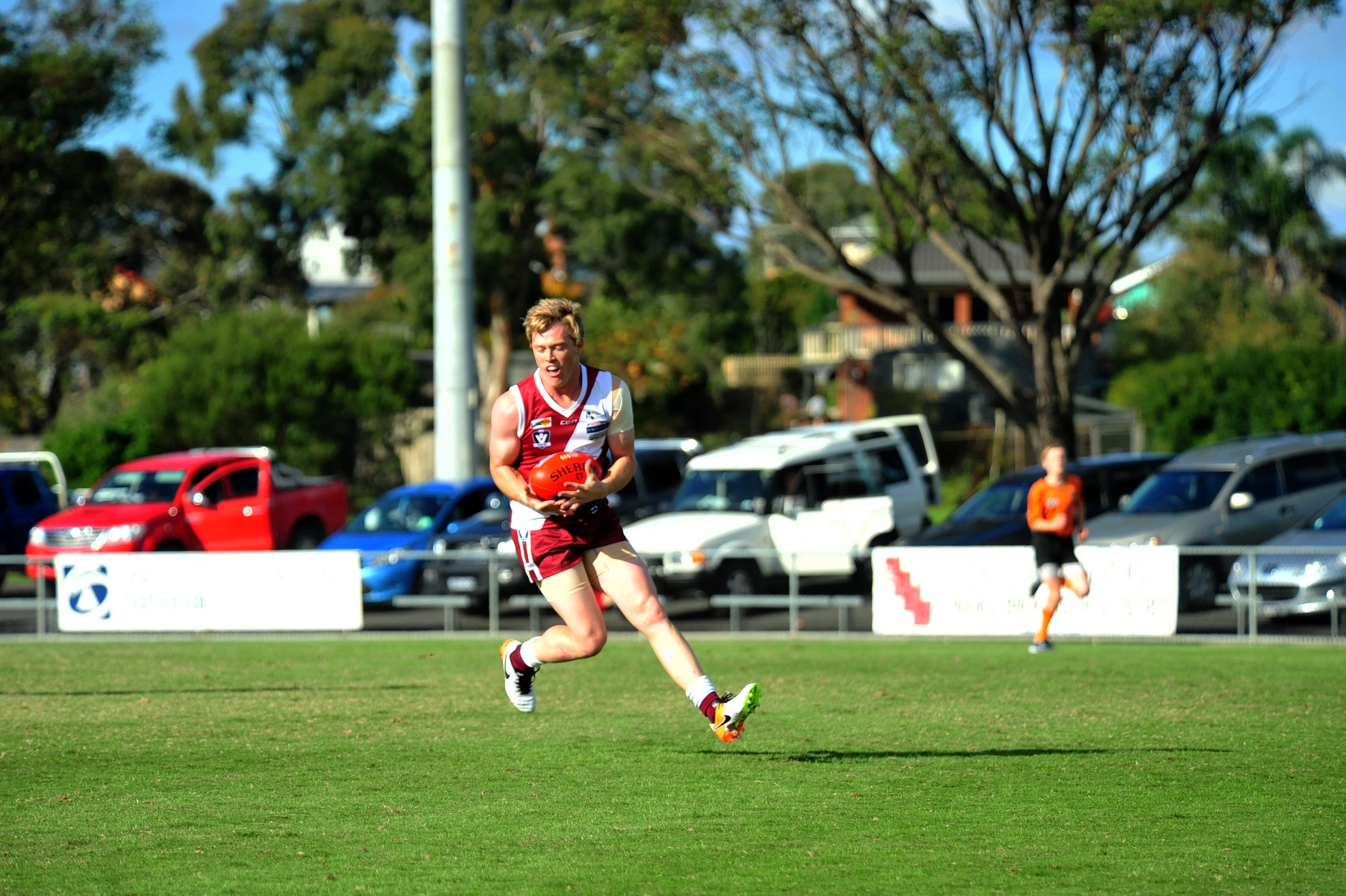 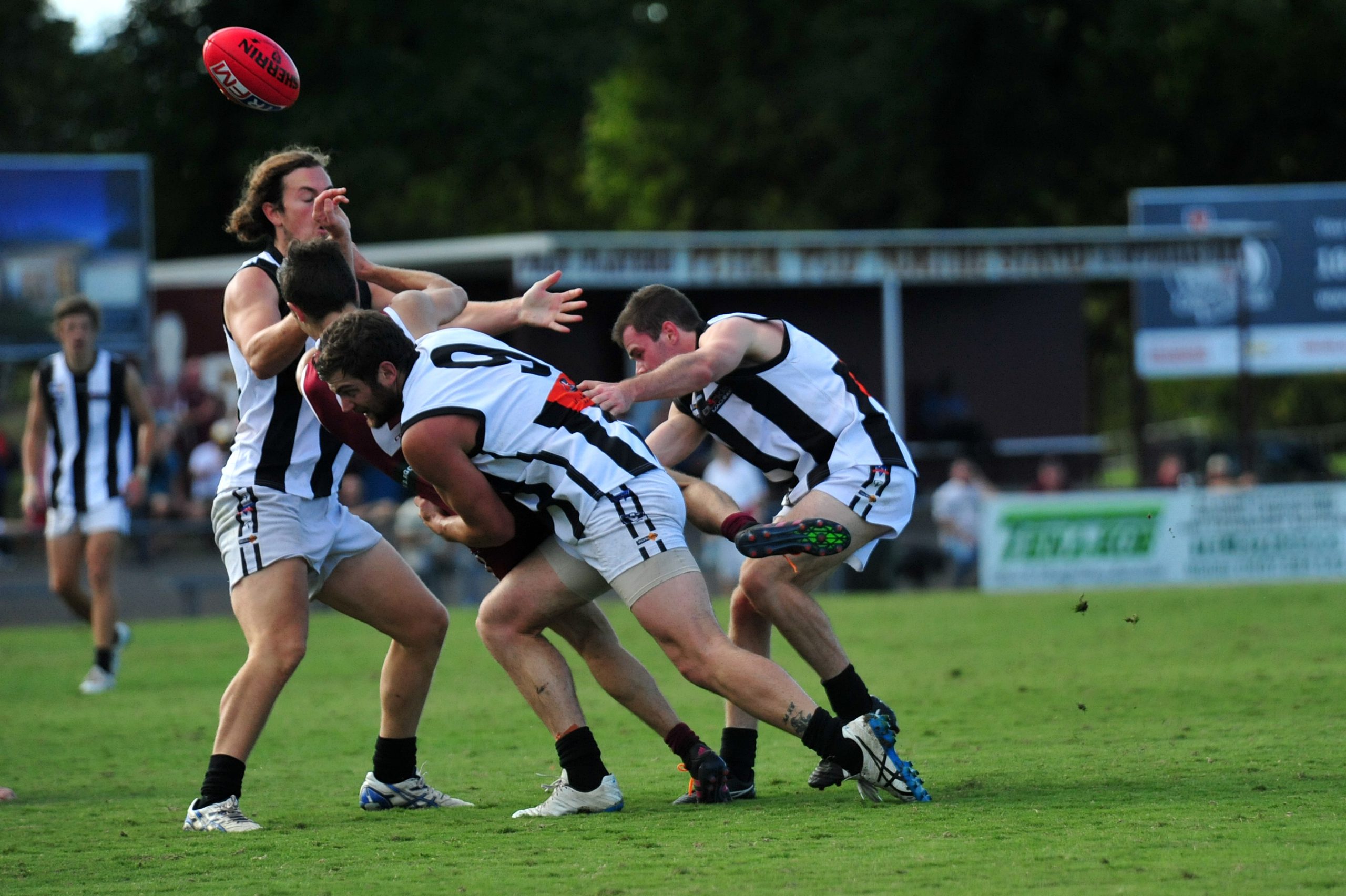 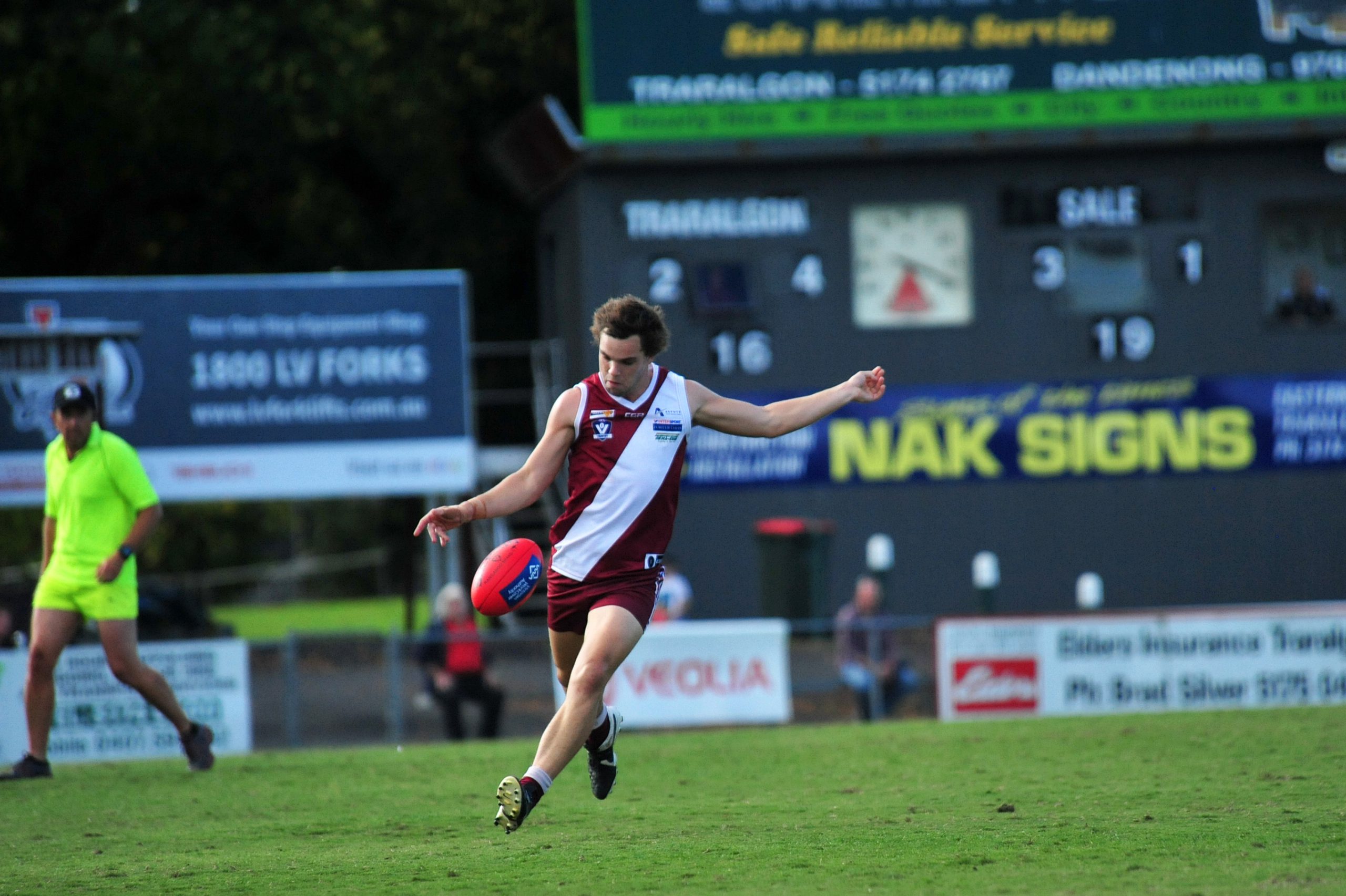 LEE Stockdale made a triumphant return for Traralgon with six goals and four best on ground votes in the Maroons’ 57 point Gippsland League win over Sale at home on Saturday.

Shane Fyfe’s travelling troupe was enterprising early and kicked away to a four-point advantage at the first change.

Traralgon replied with five goals in the second term to lead by 13 at the break, then added 12.7 (79) to Sale’s 5.5 (35) in the second half to run away with the game. Traralgon Tyers United recruit Haydn Hector again showed his class to pick up the votes for best.

MOE posted its first win on the road to Wonthaggi since 2010 and an unusually lavish total against one of the league’s most frugal defensive units.

After posting first points against Morwell in the Anzac round Moe coach James Blaser said things were starting to click.

“We played better, more like a team. We’ve been trying to gel together for a few weeks and now they’ve had four games together we played reasonably well,” Blaser said.

“Fellas are starting to play for each other where in the first few weeks we played for the individual; we had a fair few guys doing unrewarded team things which stood out in the end.

After scoring just 51 points in total from their past two visits to Wonthaggi, Blaser said it was nice to turn the tide on Power turf.

“Normally they’re a really hard club to play over there, they play their home ground pretty well, but we went prepared for a solid win, played our game and came out with a solid win,” he said.

“We’re kicking some big totals, we’ve got a good spread of goal kickers. Mark Engley and Karl Mutke kicked four each and Karl could have had five or six after missing a couple in the goal square.

“We’ve also been heavily scored against as well so we’ve got to address that.”

The win moved the Lions to sixth on the competition table.

JUGGERNAUT Leongatha continued its march toward September with a 103-point thrashing of Bairnsdale away from home.

The Parrots are in premium form and remain the only unbeaten side after four rounds with a healthy percentage of 286.

League leading goal kicker Chris Dunne added seven to his season tally as Leongatha strode to a 22.13 (145) to 5.12 (42) win on the back of a blistering eight goal to one opening term.

With the spectre of former Maffra sharpshooter Darren Sheen, who kicked 17 against them in a single game last season, fading from Drouin’s memories the Hawks would have been optimistic of an upset.

However, Drouin’s struggles to close games out in recent times came to the fore again on Saturday.

Drouin led at the first two changes, with an eight-point half-time advantage, but managed just four behinds in the third while the Eagles added four goals.

Maffra continued the charge with another six in the last to sail home.

BRAYDEN Fowler was on fire for Warragul with 10 goals to sink Morwell at Western Park.

Morwell was on the back foot from the outset after the host kicked five straight to the Tigers’ three behinds in the first quarter.