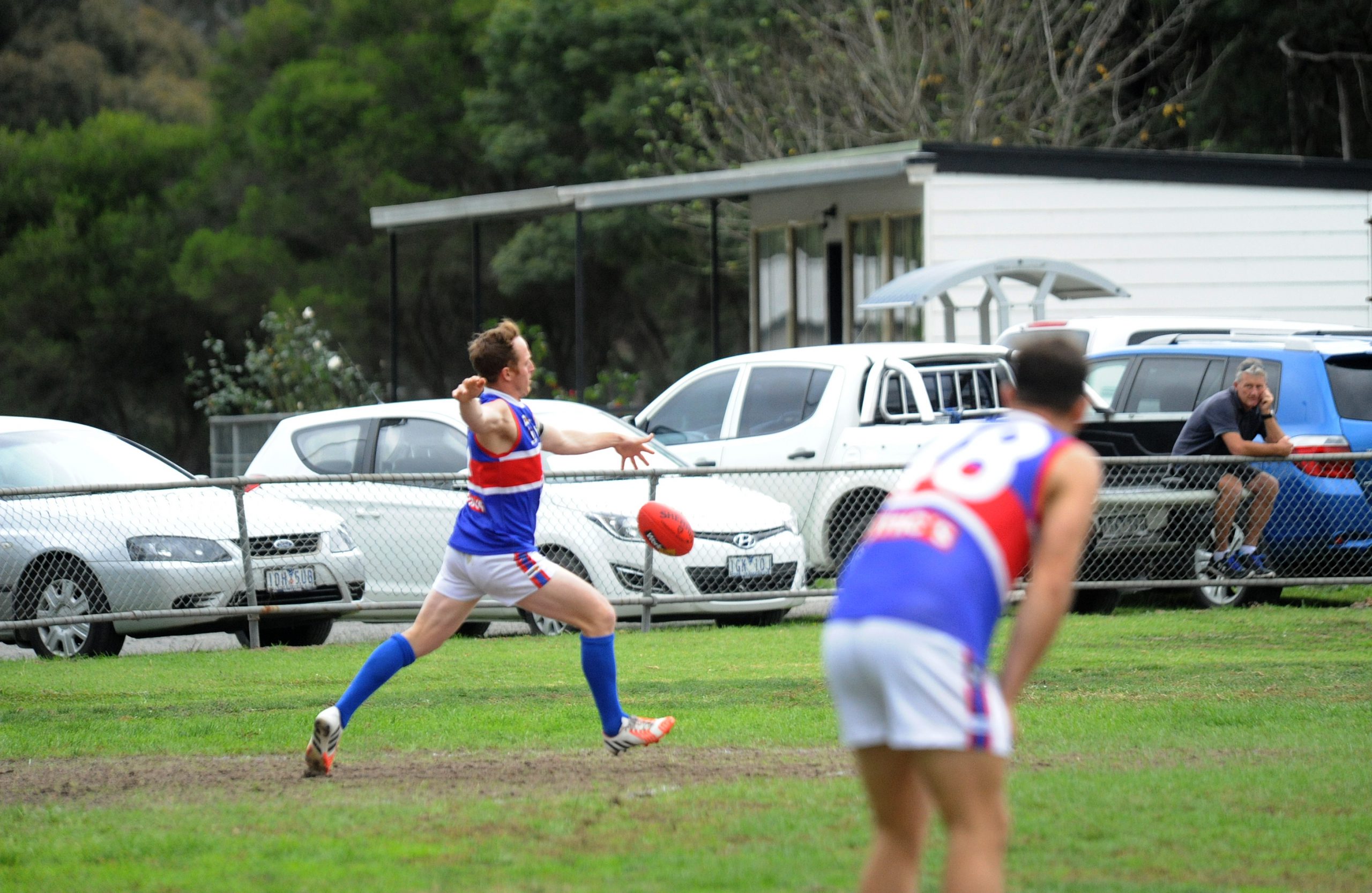 Rosedale and Woodside were both beaten comprehensively, while Churchill had a comfortable win.

All four teams remain locked on four wins and two losses as the battle for the top five heats up, with undefeated Sale City two games clear at the top of the table on six wins.

CHURCHILL got the jump early in the first quarter on a somewhat undermanned Rosedale, and never looked like losing from there on. The Cougars led by a comfortable margin all day and were never challenged with Allan Chandler, Brendan Holt and Chris Williams all contributing up forward in a purposeful, combined effort.

IT wasn’t the most convincing of wins for Heyfield, but the Kangaroos got the points in the end over Glengarry.

The Kangaroos have been a bit hot and cold in 2016 and continued the trend this game.

There were some good signs from the ninth placed, re-building Magpies as well, demonstrating they can kick a decent score against a quality team.

YARRAM moved to second place on the NGFNL ladder after defeating TTU in convincing style.

The Demons led by 10 goals at half-time and were never challenged.

Corbin Sutherland’s eight goal haul places him six clear at the top of the goal kicking table on 35.

It was the Bombers’ fifth loss for the season.

IT was a big turnaround for the Saints this week who broke the mystical 200-point barrier on their way to a 90-point win over the Tigers.

In a high scoring shootout, the Saints kicked 10 in the third quarter to blow the game apart.

Linden Brunt starred up forward for the Saints with 11 goals, with help from Bradley McBride (6) and Kyle Stamers (4).

Gormandale was not lacking up forward, kicking 17.13 (115), with six to Jordan Sandy and five for Chris Potalej.

THE previously promising Woodside didn’t even turn up to play on Saturday in one of the most dreadful performances of the season.

How a team at four wins and one loss could manage just 2.4 (16) for an entire game defies belief.

Brandon Jackson and Jacob Schuback both kicked four for Sale.