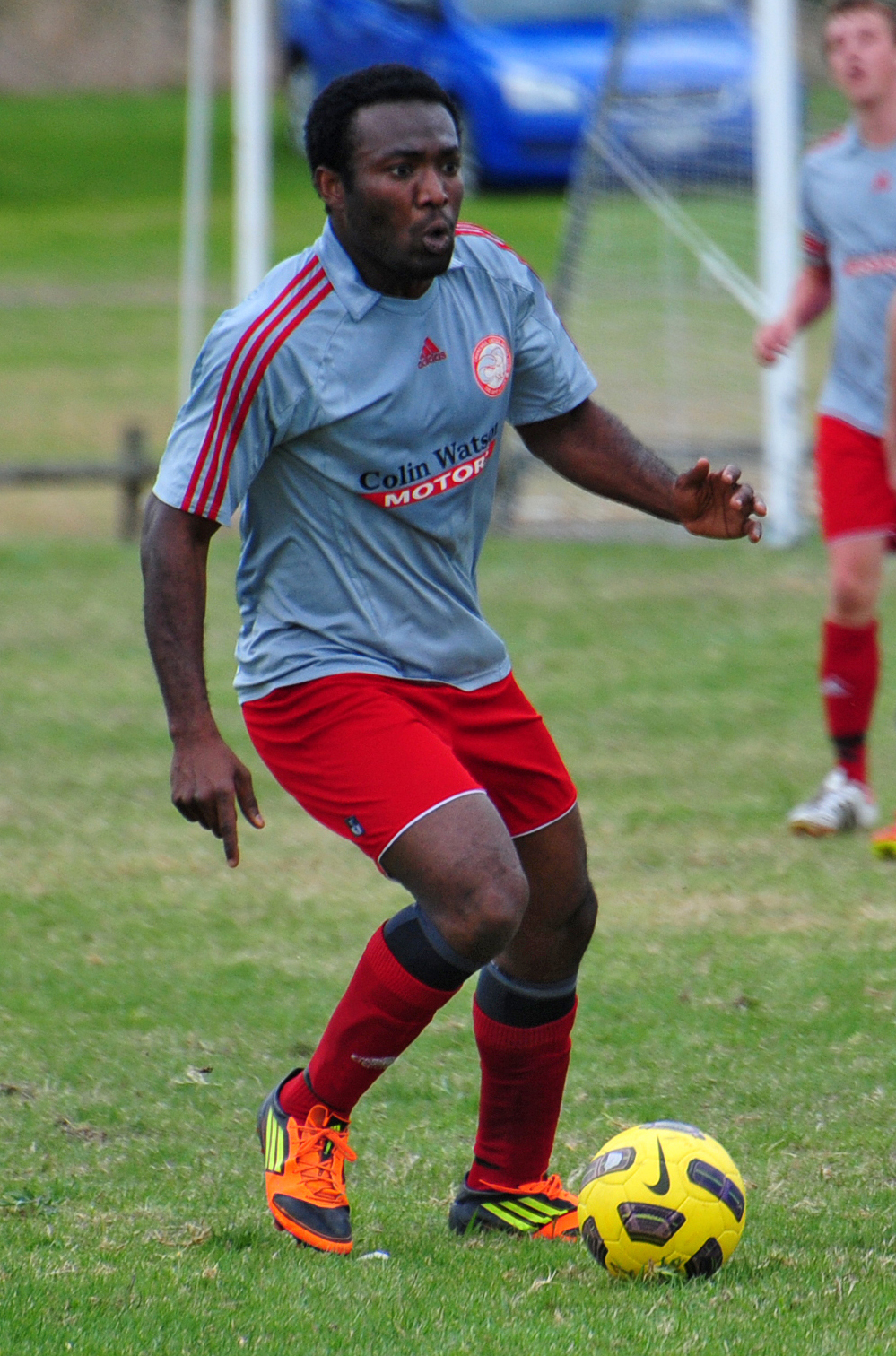 GIANT slayer Churchill added another big name to its list of 2016 Latrobe Valley Soccer League conquests when it toppled league leader Moe 4-1 away from home.

Now with wins over each of last year’s top three – Falcons, Moe and Sale – the Rams are within one point of the top-placed Red Devils and Newborough-Yallourn United.

In an action-packed opening the Rams went two goals up in the first 15 minutes through Ellis Hayes-Hills and Ray Myers, whose relentless pressure and pace left the Moe defenders looking like they had concrete boots on.

With the woeful start behind them the ladder leaders looked to work themselves into the game through the run of workhorse Matt Shearing and the class of midfield maestro Joel Baldwin, but every time momentum started to build in their favour they were brought crashing down by the tough tackling of Churchill’s midfield bullies Mitch Jackson and Dean Pyle.

Churchill went into half-time with a comfortable 2-0 buffer.

The second half began much the same as the first ended, with both sides engaged in a midfield tussle to gain control, until the 65th minute when Hayes-Hills rose highest to meet the ball in an aerial duel to nod home Churchill’s third.

Where other teams may have packed up and gone home, Moe continued to fight and was awarded a penalty shortly after, which Baldwin confidently slotted home to give Moe a glimmer of hope.

The Devils continued to chase the game until the 84th minute when Ray Myers claimed his second to kill the game off after a quick counter attack by Churchill.

With a three-goal buffer the Rams sat back and soaked up pressure for the remainder of the match.

FALCONS 2000 returned to the winners’ list but went through a stern examination from a team that has posed problems in season past, with Sunday’s game against Traralgon City proving no different.

The away side looked to dominate possession early, however could not convert into scoreboard pressure. As the half wore on the Roosters rose to the challenge but the Birds’ defence held firm.

Falcons took the lead when striker Jesse Kennedy finished from an acute angle, but the advantage lasted mere minutes.

A vicious volley by City’s Matthew Baker from the penalty spot evaded keeper Adam Brooker to level the contest going into the half-time break.

The Morwell side controlled the second half but again could not convert chances into goals.

Eventually Daniel Edey was able to prod home a Tom D’Alia cross to give Falcons a 2-1 advantage.

DJ Matar had three gilt-edged opportunities to finish the contest but to no avail.

As the game drew to a close the home side continued to press for the equaliser, throwing numbers forward against a resolute defence.

The contest was ended in injury time when a well-taken free kick from D’Alia evaded City ‘keeper Ben Johnstone to round out the scoring and give Falcons a 3-1 away win.

Falcons will host joint competition leader NYU in this weekend’s match of the round.

A trio of long range strikes carried Monash over the line 3-1 at home to Sale United.

The Swans started dangerously with Tommy Nguyen and Nick Buckhoreelall causing the home side trouble with their pace.

It was the Swans’ height that got them the opener as Stevie Corrigan headed home uncontested from a corner 10 minutes into the game.

The Wolves were missing leading goal scorer Ty Christy but responded soon after when Ethan Lawrence opened his account for the season with a 30 yard effort which wrong-footed the keeper.

Monash began to get the game under control as Marcus Krznaric and Shawn Lawrence kept the dangerous Sale striking duo under wraps.

Brendan Ruddell handed the home side the lead when his audacious 40 yard strike found the top corner on 44 minutes.

He repeated the dose minutes later from a similar position to give Monash a 3-1 lead at the break.

Monash controlled a majority of possession in the second half to collect a fifth win in its past six outings.

In other matches East Gippsland United scored a stunning 5-3 victory over Morwell Pegasus at West Bairnsdale Oval to register first points for 2016, NYU defeated Trafalgar 5-0 and Olympians saw off Tyers 3-1 at home.