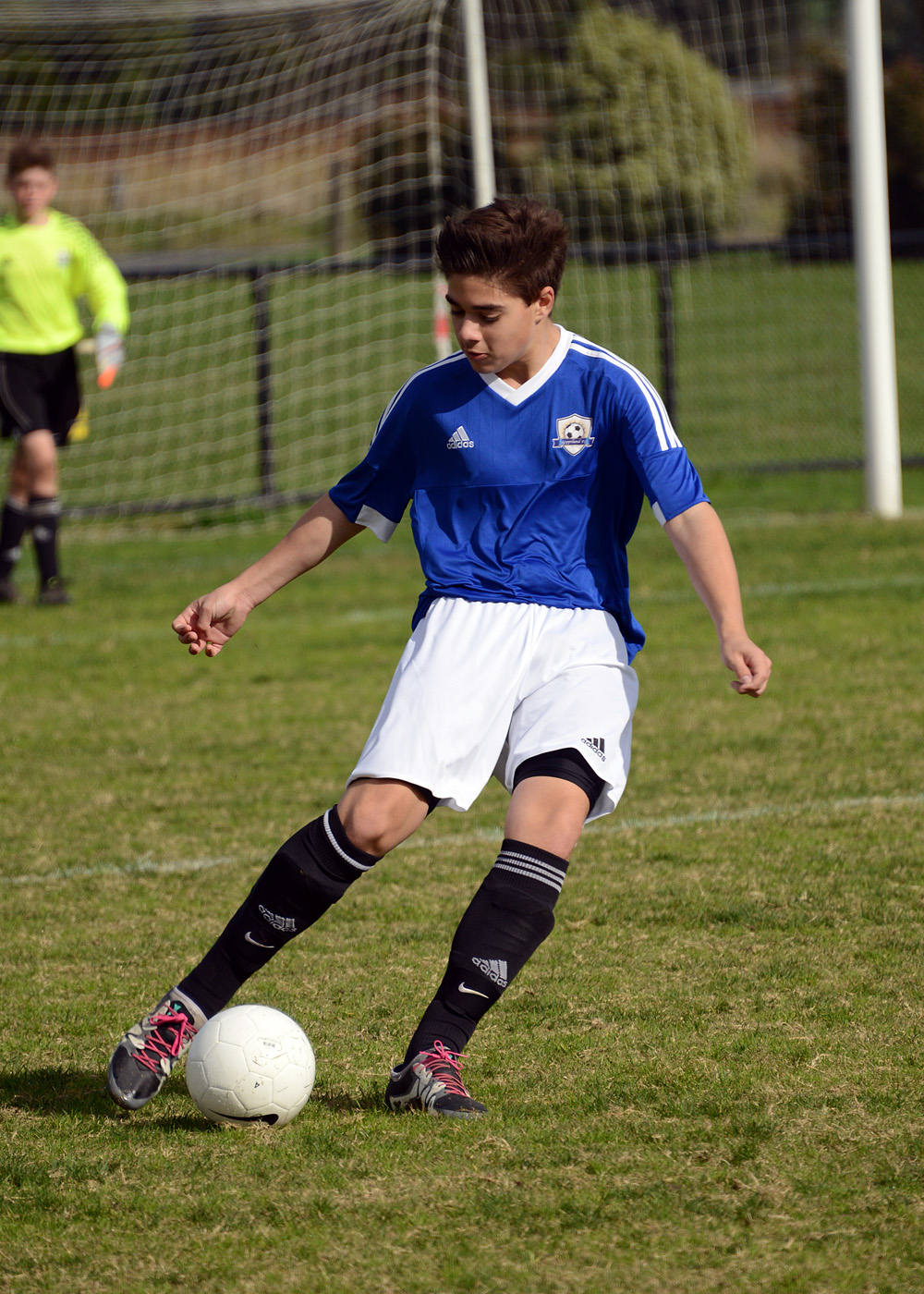 It was a case of travelling being more comfortable than staying home at the weekend for Gippsland Football Club.

The under 13 boys staged a comeback to triumph in a seven-goal thriller and the under 18s deservedly got back on the winner’s board.

The under 14s and 15s failed to register a point at home in ordinary conditions.

GIPPSLAND FC’s youngest side had its best start of the season away against a physically imposing Endeavour United outfit.

Despite the fluent opening, the visitor went behind to a great strike against the run of play and was 2-0 down after keeper Ethan Farrell was beaten by the opposition nipping in and passing into an empty goal.

A great first touch and follow-up, left foot shot from Manny Scarlett allowed Gippsland FC to go in at half-time with a more palatable 1-2 score line.

Following an early let off in the second half, Gippsland equalised after a great run and unselfish cut back by Harrison Meyer was tapped in at the back post by Kishen Parekh.

Meyer followed up minutes later to put the visitors in front, winning a one-on-one battle with the keeper after being put through by a great Scarlett ball.

A fine pass by Ryan Massaro down the line was received by Julian Colantuono, who cut inside and unleashed an unstoppable shot into the top left hand corner of the net to extend the lead.

A goal to the hosts set up a nervy final five minutes, but the boys held on for a memorable 4-3 victory.

THE under 14 squad came crashing back to earth at home, going down 0-2 against a resolute Berwick City SC.

An even first half was marred by trying, windy conditions which made smooth football difficult.

Despite this the visitors took the lead with a well taken goal.

The host’s methodical build up play was not backed up by decisive execution in the final third of the field.

A fine strike from Conor Dastey flashed narrowly wide in about the only chance for Gippsland FC.

A well taken goal into the bottom corner doubled the visitors’ lead and the game was effectively over.

GIPPSLAND conceded an early goal after losing the ball in midfield and allowed Berwick City SC to open the scoring with a swift breakaway.

A hand ball then conceded a penalty to the visitors, which was duly despatched to double the visitors’ lead ahead of half-time.

Windy conditions spoiled the game as a spectacle and there were few clear cut chances in the second half.

Berwick defended well and broke down most of the host’s attacks on the edge of the 18 yard box.

The game petered out into a 2-0 victory for the away team.

Oscar Bowler and Shem Murphy stood out for GFC.

THE under 18 boys returned to the winners’ list after securing an away win at Endeavour United SC.

After dominating early possession Riley Winkleman-Atkinson opened the scoring with a great strike into the top corner.

Fellow newcomer Calum Simpson added a second 10 minutes later after great work down the left by Lochie Phillips and the team went in 2-0 up at half-time.

Endeavour came out after the break and pressed forward early to almost score, however GFC responded quickly with Chris Oulton netting a goal after a great run on the right by Keegan Grealy.

An even game was marred when a goal-saving tackle by Marcus Carte resulted in a severe knee injury and he was stretchered off.

Endeavour took advantage of the break in Gippsland’s concentration and scored from a long range shot almost immediately after the restart.

Gippsland again responded five minutes later when Nelson Tombra broke through to score past the keeper.

Despite Endeavour scoring a consolation goal in the 84th minute, Gippsland went on to post a comfortable 4-2 win.

Goalkeeper John Beamer made a number of key saves to make it a quiet day for Endeavour’s forwards.

This week the under 13s and 18s are in Trafalgar to play Sandringham SC and Berwick City SC respectively from noon and 3pm.

The under 14s travel to play against Peninsula Strikers Junior FC from 12.30pm, and the under 15s are playing away to Chelsea FC Wanderers with a 3pm kick off.