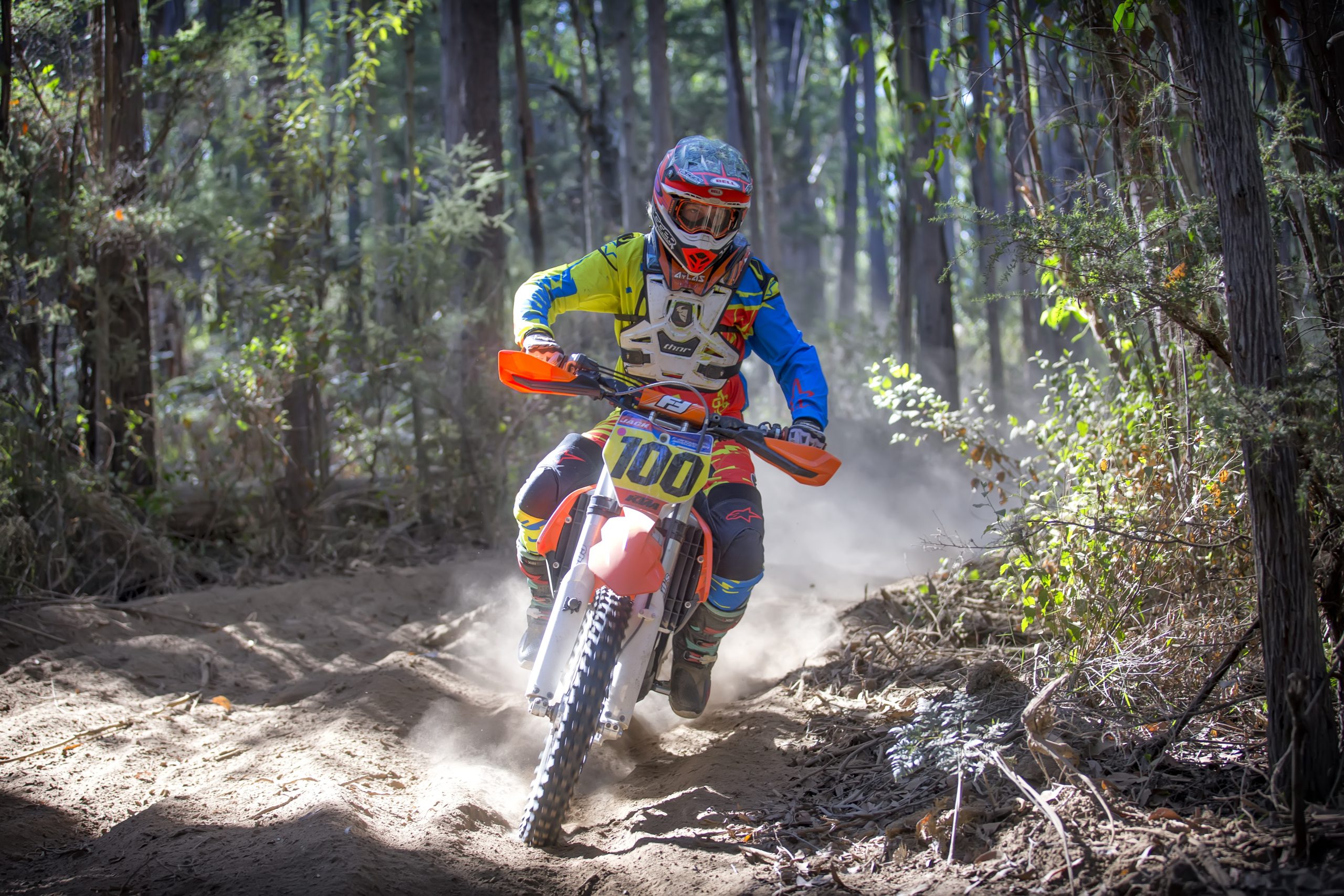 TRARALGON South’s Nick Graham’s Victorian Off Road Championship blitz continued in rounds four and five at Pakenham over the weekend.

Nick scored dual wins on both days and claimed outright junior rider billing in the cross country competition on Saturday.

The J3 class leader was forced to adjust, along with the rest of the field, when the meet was transferred from Three Bridges in the Yarra Valley due to heavy rain.

A wet Pakenham circuit provided a challenge for riders who failed to account for fuel consumption in heavier conditions, which affected outcomes.

Local rider Lachie Skinner did not get stuck in the mud on Saturday, winning his two hour cross country race and earning second place after seven rounds of sprints on Sunday.

He also remains leader of the under 19b class.

Brothers Jack and Billy Newton had interesting results during the weekend with Jack placing third Saturday and first Sunday, enough to remain leader of the C1 Clubman class.

Billy misjudged his fuel consumption on Saturday with a result he would rather forget, however remained second in the C3 class.

Travis Selwyn has found himself in one tough class this year, the expert under 35 division.

Despite the challenge he is currently sitting equal third.

The next major VORC event is scheduled to run at Welshpool on 23 and 24 July.