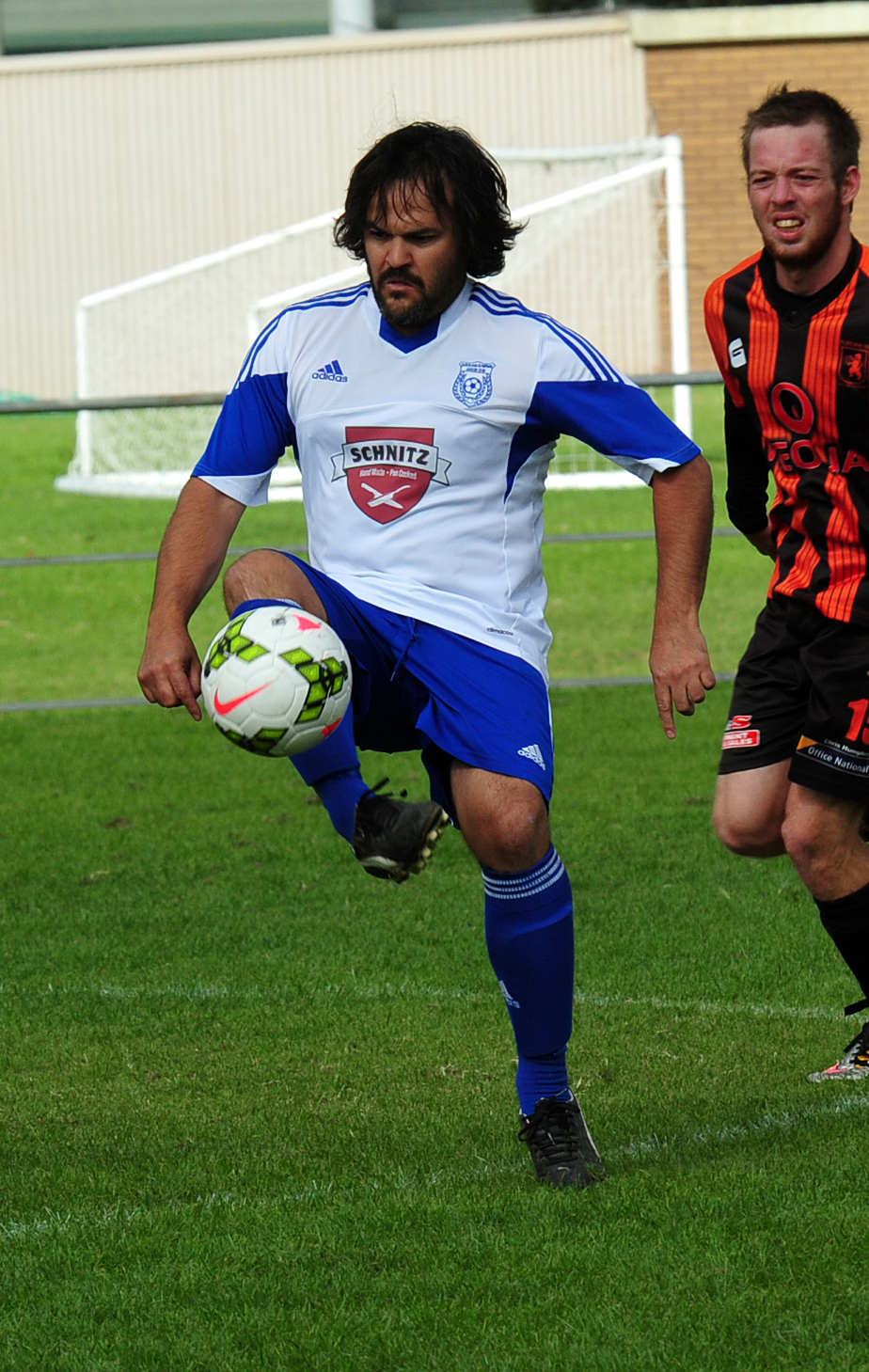 THE twists and turns of the Latrobe Valley Soccer League’s maiden season continued on a soggy Sunday with some curious results in the senior grade.

League champion Falcons 2000 was held to a high scoring 3-3 draw with Olympians, Pegasus came close to claiming its first Frank King Memorial Trophy in a 4-3 shootout with Traralgon City, while Churchill brushed off last week’s draw to down Newborough Yallourn United 3-1.

Olympians turned up the heat in arguably the match of the round, slogging out a point in the mud at home.

After a delayed pitch inspection, the game was allowed to commence and it was the Morwell side that started the better.

Eventually the Birds took the lead when a measured through ball from Tom D’Alia was astutely finished by league leading scorer Jesse Kennedy.

The scores were soon level after a penalty was awarded and duly converted by the host.

Sam Amaira, an early substitute due to an injury to in-form fullback Kevin Carcellar, would ensure Falcons held the lead at half-time after he tapped in from close range following dangerous build-up play by Kennedy.

There were some fireworks after half-time; Kennedy was given his marching orders after two quick-fire, and controversial, yellow cards which left the visitor with 10 men and without their most potent weapon.

The home side was quick to equalise through a second penalty which was converted to make it 2-2.

With 15 minutes to go Olympians eventually broke through for what seemed sure to be the winner via old hand Tony Pardo.

However, there would be one final swing in the contest as Marcus Hunter was sent off for a second bookable offence which was equally dubious as the Kennedy send-off.

This spurred the reigning league champions to press for an equaliser and with two minutes remaining they drew level with a shot from Daniel Edey avoiding stand in keeper John Cook.

The late equaliser resulted in a 3-3 draw and share of the points.

The LVSL will break for the Queen’s Birthday long weekend before returning next fortnight.