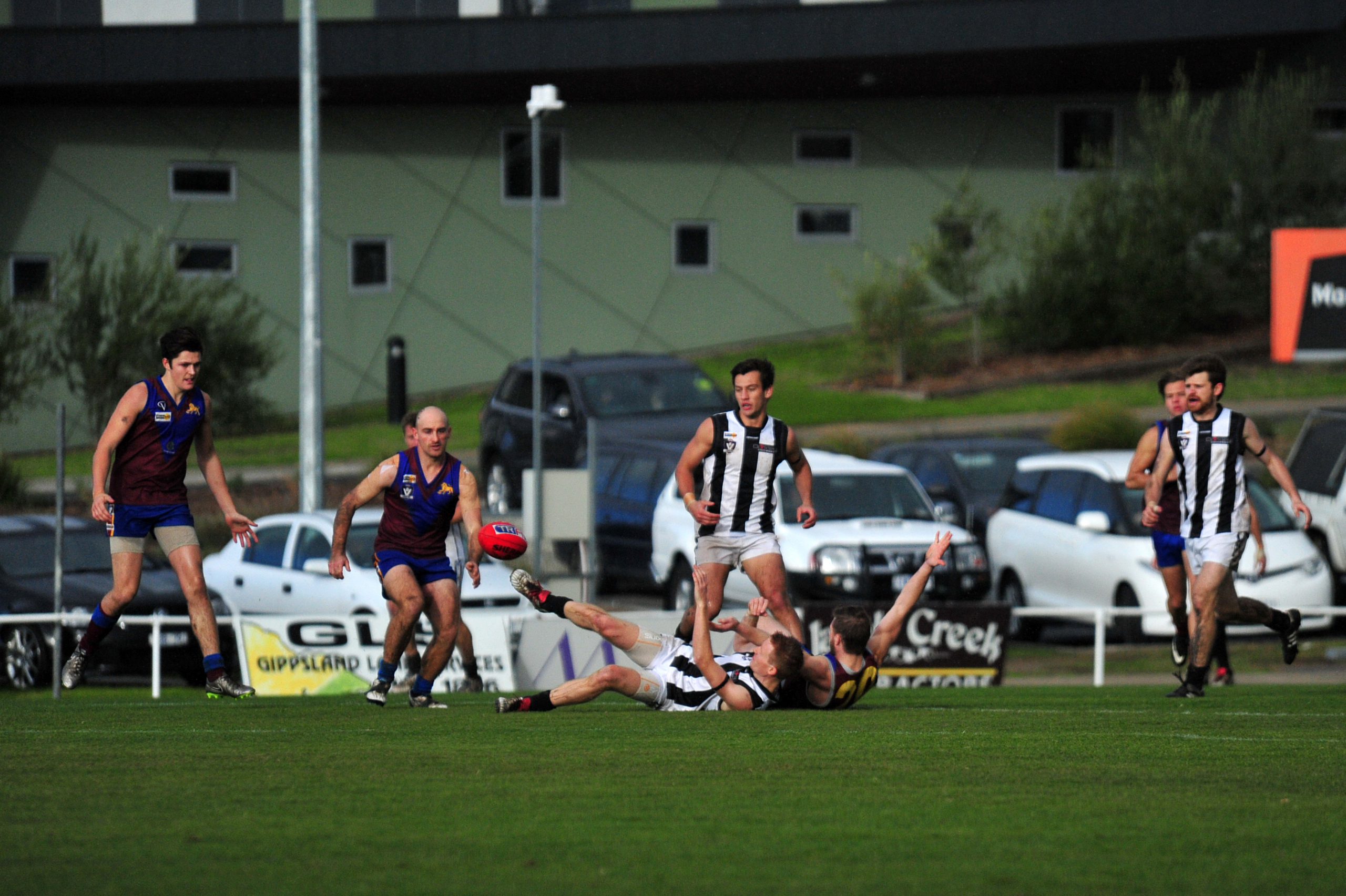 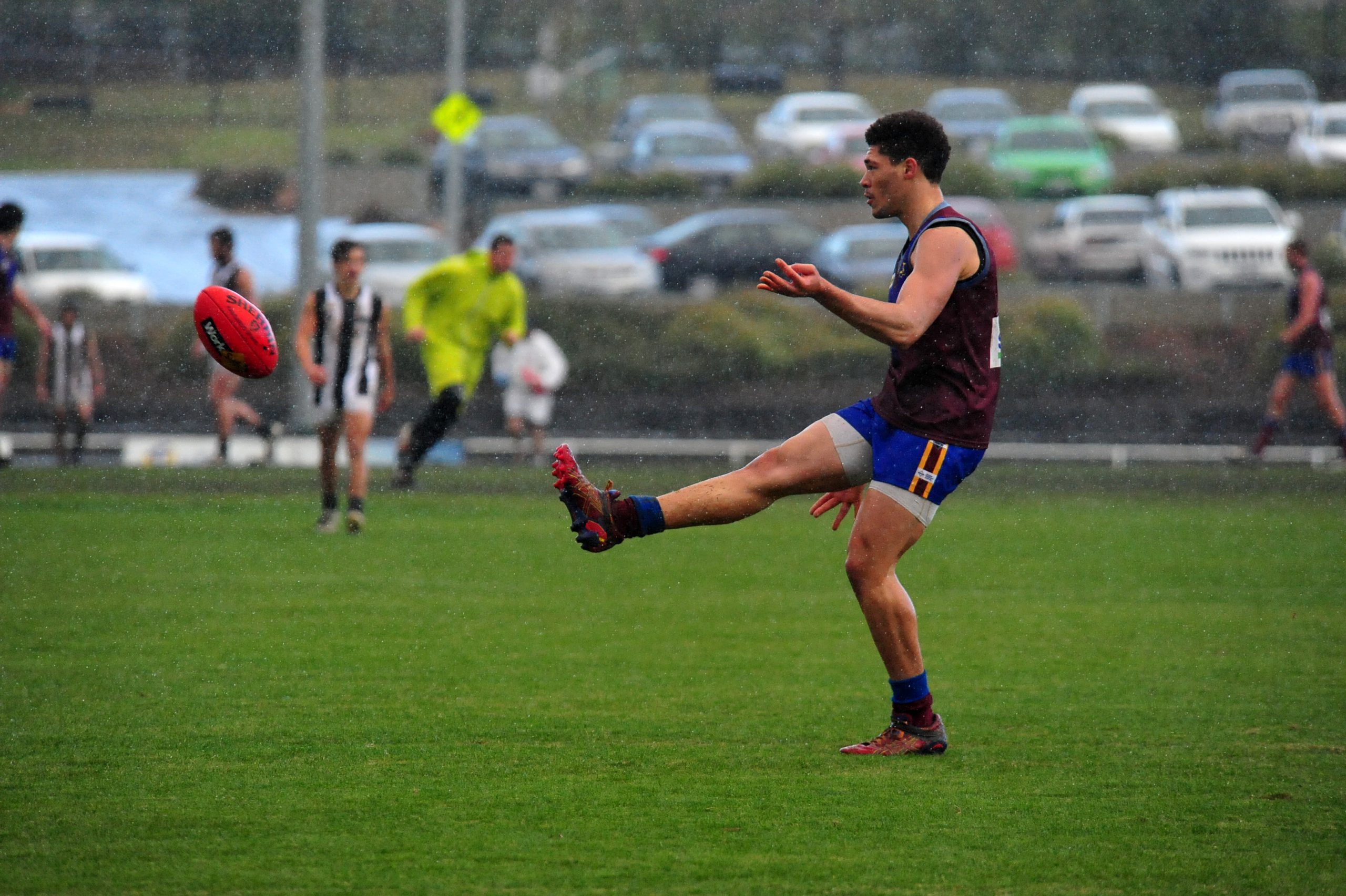 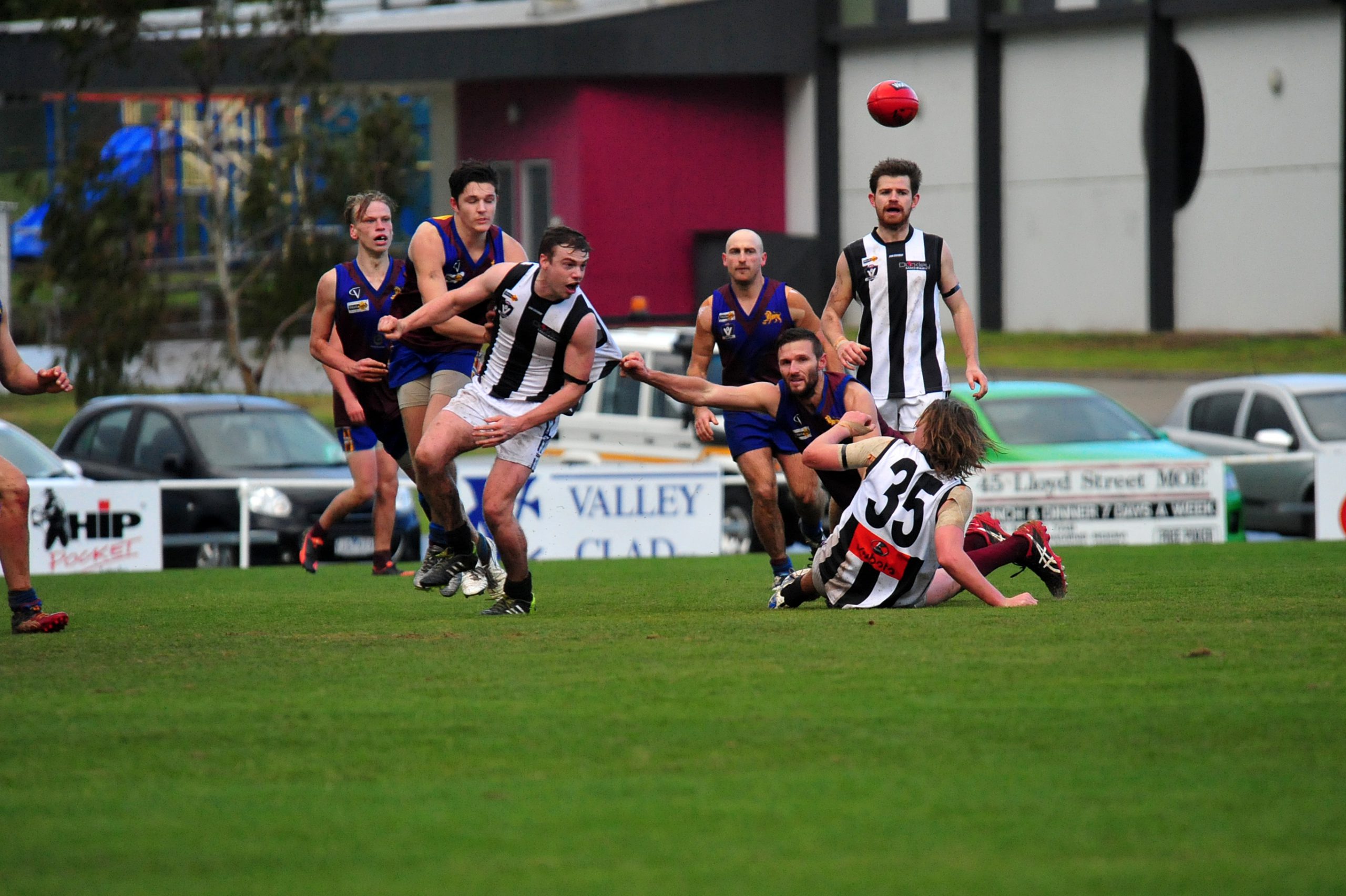 MOE edged back into the Gippsland League top five following a 47-point triumph over struggling Sale on Saturday.

The 17.16 (118) to 11.5 (71) win at Ted Summerton Reserve snapped a three game losing streak for the Lions and kept them in the finals frame at the halfway mark of the season.

It’s a precarious grasp on fifth given four teams – Wonthaggi, Moe, Warragul and Bairnsdale – are logjammed on 16 competition points, separated top to bottom by 13 per cent on differential.

Saturday’s return to the winners’ list came at an opportune moment for the Lions, who coach James Blaser feels will only improve in the second half of the fixture.

“Halfway through the year, by winning on Saturday, we’ve given ourselves a chance to finish strong and hopefully secure a top five spot,” Blaser said.

“There’s still a lot of footy left to be played but it’s nice to be in the mix.

“We thought at the start of the year our second half should be better, because we were a pretty fresh group, but I think you’ve got to win nine or 10 games to cement your spot in the finals.

“If we can beat the four teams we beat this time around and pinch a few others it should go a long way to helping us get where we want to be.”

The Lions made some bold changes to their starting side on a boggy day at the den.

One of the league’s top 10 goal kickers, Mark Engley, was shifted to centre half back to accommodate Darnell Grech at full forward, Tom Long was freed up from his defensive duties to roam with impunity and some of the club’s younger players were given roles through the midfield.

It paid off in the first term as the host skipped to a 15-point lead at the first change before the Pies rose to the challenge.

Injuries to key players cost Sale a chance at surging in the fourth, as big ruckman Jack Lipman, influential full back Andrew Quirk and former Gippsland Power player Jordan Dessent were all out of commission late in the game.

“If they hadn’t gone down with injuries it could have been much closer at the end,” Blaser said.

“It worked in our favour, sometimes it works against you. We’ve had games where we’ve had those injuries and other teams have run away with it so it was nice to be on the other end.”

Grech justified his promotion to the forward line with a game high four goals, supported by three from the imposing Karl Mutke.

After a few tough weeks Blaser said it was nice to nab an important win.

“They were pretty strong and competitive, but we were lucky enough to get the job done,” he said.

“We’ve had a couple of hard games in a row – Maffra, Leongatha and Bairnsdale at Bairnsdale – so it was great to get back into it and extremely important for our season.

“We thought we were favourites and were going in with expectations that we should be winning those sorts of games and we were lucky enough to come away with a win.”

In other Saturday matches Leongatha endured its toughest examination since round one in a 37-point victory at Drouin.

Only reigning premier Traralgon, which went down by 31 points in the season opener, has come closer to the Parrots this year.

Leongatha was never in danger of losing after booting 5.3 (33) to zip in the opening term.

A massive effort in the final term denied the Parrots a major, as the Hawks won the fourth 2.3 (15) to five behinds in a small win for the host.

Wonthaggi held off Bairnsdale by 11 points in the closest match of round nine so far, while Maffra hammered Warragul at home.

The final match of the round between Morwell and Traralgon will be staged today from 2.20pm at Morwell Recreation Reserve.