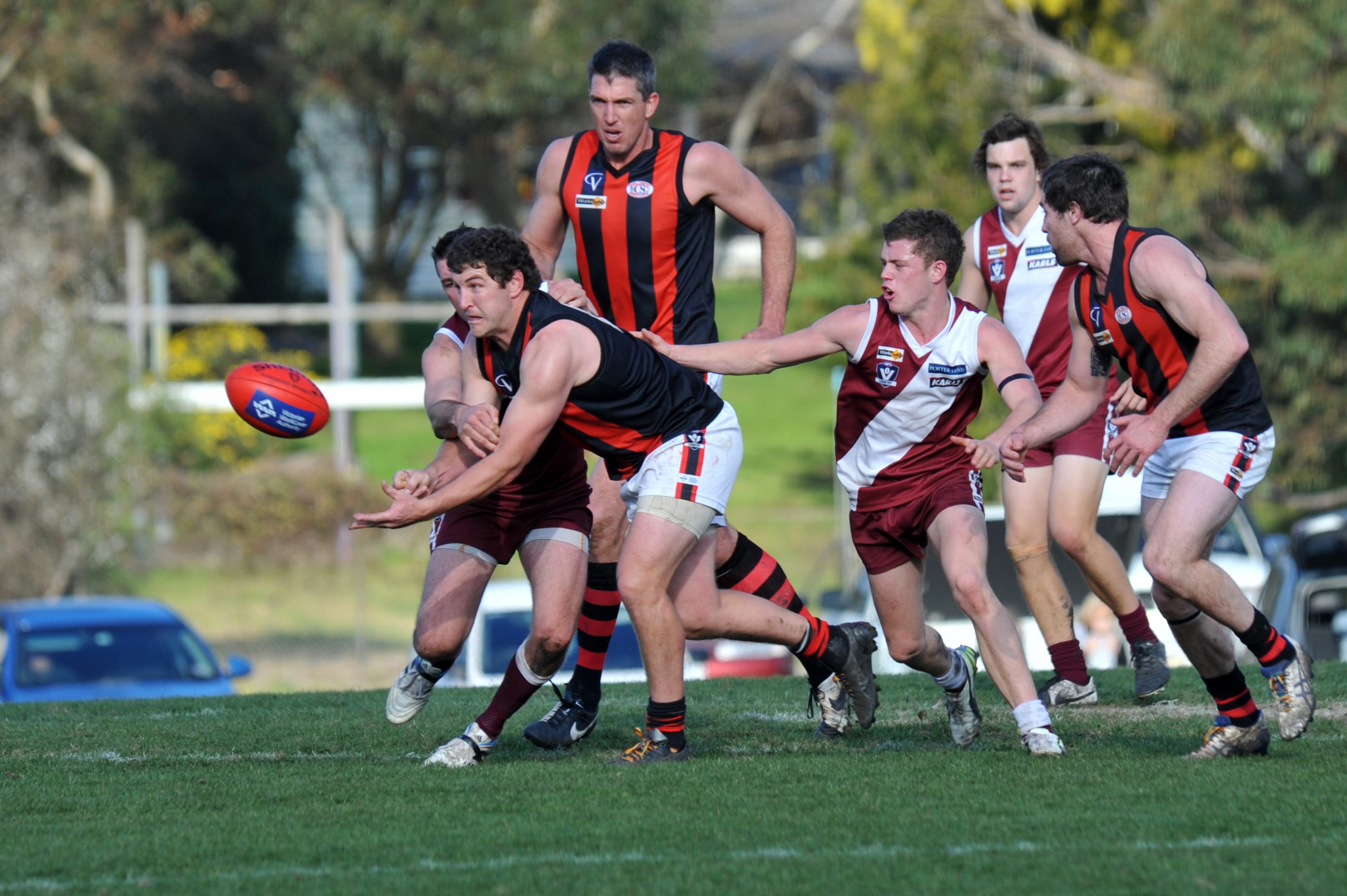 FOLLOWING the lead of fellow lower table side Morwell last week, Sale took it up to a cross-town Gippsland League rival yesterday in a one-point ball game.

The Magpies fell just short of the Tigers’ giant killing effort however; when they gave away a three-quarter-time lead to lose 11.2 (68) to 9.15 (69) to Eagles in the ‘Battle of the Birds’ at Maffra Recreation Reserve.

When Sale booted the opening goal of the final quarter the margin was out to 19 points, but Maffra continued to peg away at the sticks until Andrew Petrou’s second for the afternoon finally edged the Eagles in front by a point.

The final siren celebrations were nullified temporarily when the umpires called the match a draw, contrary to the scoreboard reading, but a second check showed that Maffra had indeed pulled off a Houdini-esque escape.

“In somewhat dramatic circumstances, as the players were coming off, the umpires said to them, ‘it’s actually a draw boys’,” Millington said.

“In the changerooms the discussion was we’d got back to get a draw and it was a brave effort and all the rest, then the umpires came back in and said we’d won by a point.

“It was a little bit of a debacle but once they came back in and said we’d won there was a lot of celebration.

“It was so exciting, the finish, and we’d actually won by a point, then we got news of the draw and everyone was flat then all of a sudden we found out we’d won again and everyone was back up… it was quite interesting in that regard.”

Ladder position and form suggested Maffra was a warm favourite, but on a bitter day the Battle of the Birds lived up to its tenacious reputation.

Millington said it was another worthy addition to the record books between the two fierce east Gippsland rivals.

“It’s probably no different to Morwell and Traralgon the other week when Morwell got up by a point,” he said.

“I think they’ve got a few players back from injury too, which is certainly assisting their game, but the conditions were pretty wet and slippery too… we had to change our game style and that adjustment occurred after half-time.”

Maffra started well with 4.1 (25) to Sale’s 3.0 (18) by quarter-time, but the Magpies matched the host’s first term tally in the second to lead by seven at the main change.

The Eagles managed just 1.5 (11) in the third, despite keeping the ball locked down in their attacking zone for long periods, while Sale continued to kick accurately in front of goal to add two majors and extend its lead to eight at three-quarter-time.

When the Pies booted the opener in the fourth it was an uphill climb for Maffra, but Wayne Butcher’s side plugged away doggedly to score a memorable victory.

Fresh from their 150th club matches in the past fortnight, Sam Walker and Winston Gieschen led the way to claim the votes for best on ground.

Traralgon will face Leongatha on Saturday and Morwell tackles Wonthaggi on Sunday to complete the split round 10.