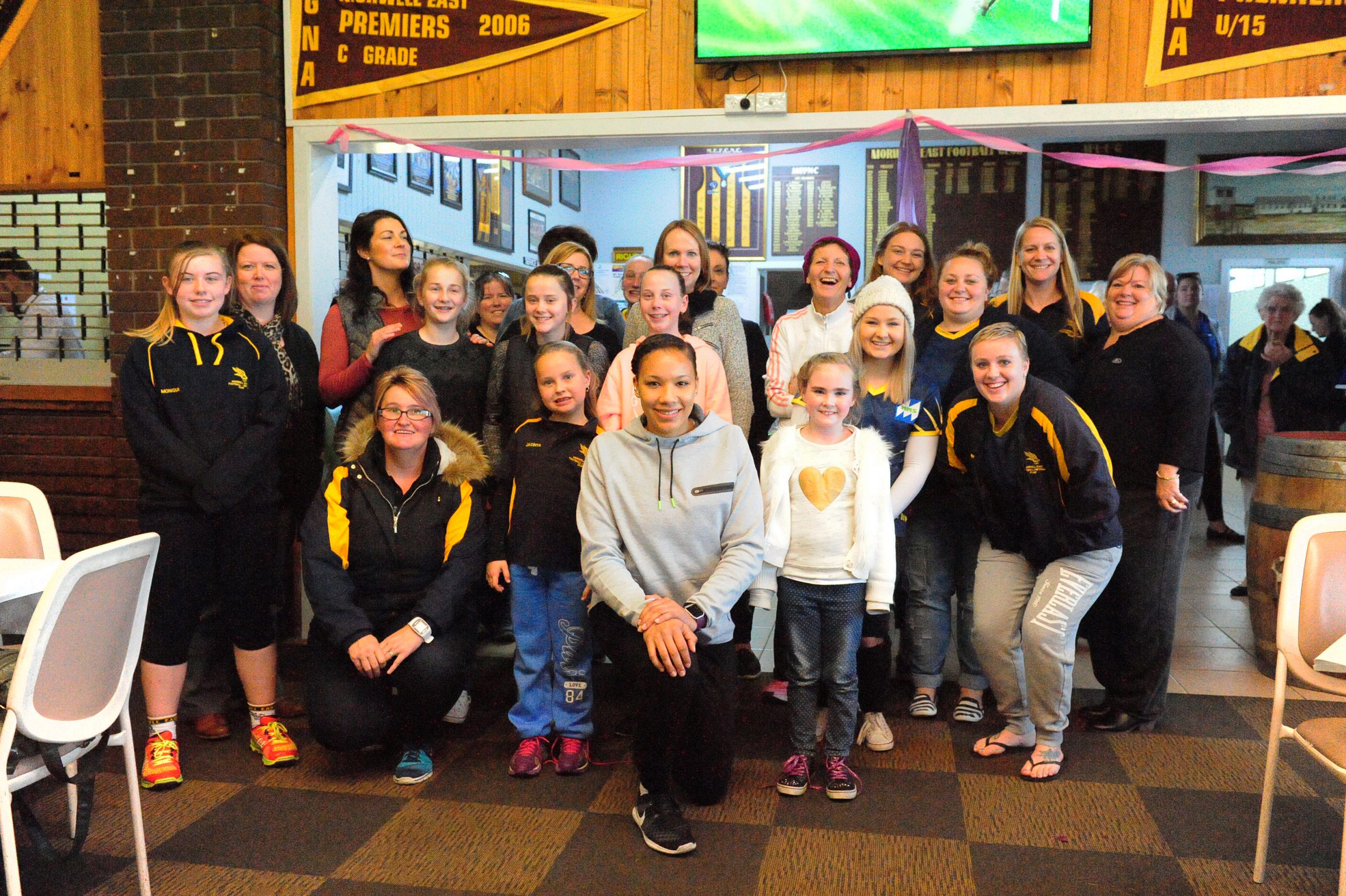 THE women of sporting clubs were celebrated at Morwell East Football Netball Club at the weekend during the Hawks’ home game against Yallourn-Yallourn North.

A women’s luncheon, featuring guest speaker Shanice Steenholdt from Latrobe City Energy’s BigV division one basketball team, was staged to highlight the various contributions of women at the club.

Morwell East president Dave Evans said it was a chance to say thankyou to an integral part of the sporting landscape at the club.

“It was just to recognise all the input the ladies have to the club,” Evans said.

“Not only the ladies involved in the club, but everything the wives and girlfriends have to put up with through the year with the football.

“They help run our canteen, we’ve got three ladies on our committee, obviously (there are) all our netballers and they help with all our other events through the year.

“The feedback I’ve had so far was the guest speaker was very good and they all appreciated the day.”

It was a good day for the women on the sporting court as well, with Morwell East taking five out of six wins over the Bombers across the netball grades.