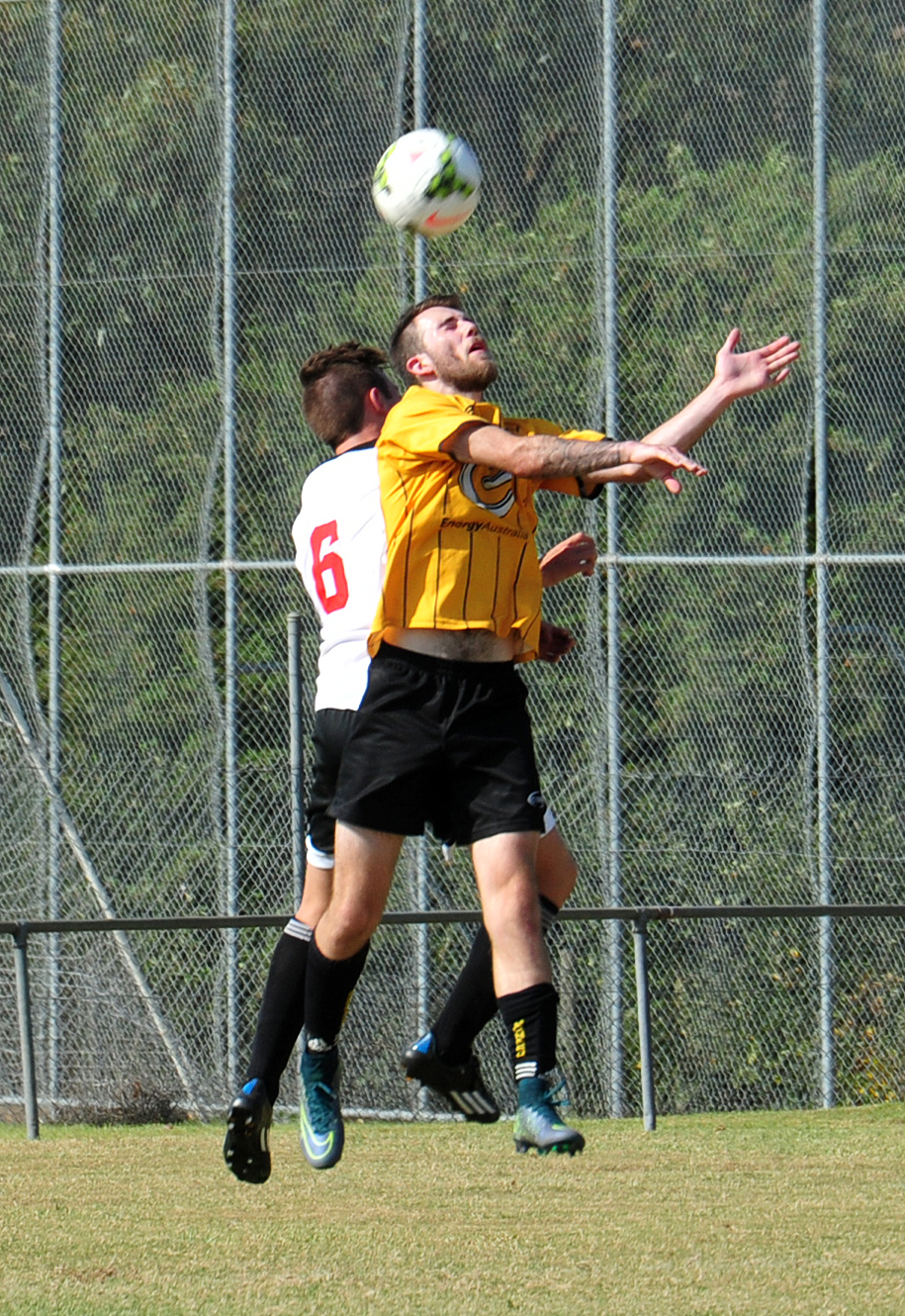 In the biggest shock of the Latrobe Valley Soccer League season so far, 12th-placed Trafalgar Victory fought off third-placed Churchill United to record a crucial 1-0 victory.

With five minutes remaining on the clock the home side produced the sucker punch.

Ben Rotherham volleyed home to send the home crowd into raptures and produced the biggest result since Trafalgar’s introduction into the senior competition.

Traralgon City and Monash shared the spoils 2-2 in a game where both sides were made to rue missed chances in round 14 of Latrobe Valley soccer.

Monash began well and had the lions’ share of possession, but City was untroubled in defence.

It was City who opened the scoring midway through the half when Monash gave up possession cheaply in the middle of the park and Matt Baker made no mistake to find the back of the net.

City doubled the lead 10 minutes into the second half when Baker got on to the end of substitute Jordan Walton’s cross to head home uncontested.

Traralgon should have killed the game off in the 65th minute when it was awarded a penalty, but Alex Leckey sent the ball into orbit.

The missed chance would come back to haunt the Roosters as Monash threw everything into attack and pulled a goal back on 73 minutes, with Ty Christy rising highest to head home a Brendan Ruddell cross to reduce the deficit.

With five minutes to play the constant pressure paid off with Christy rifling through a pack of bodies to pull his side level.

With nine minutes of added time played Monash was the one left to rue its profligacy in front of goal as it spurned a number of chances to take all three points as the final whistle eventually sounded.