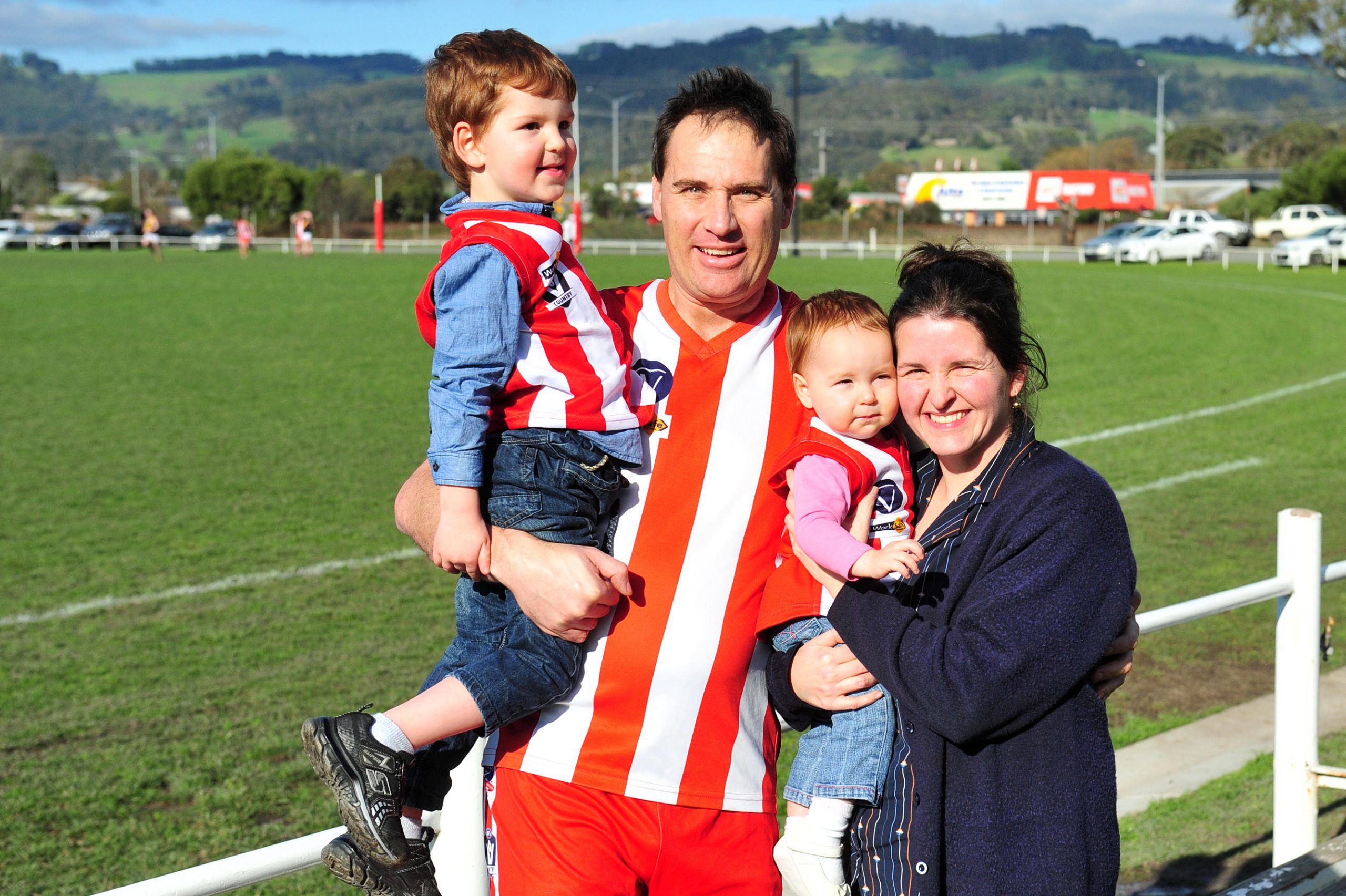 THE aptly named Trafalgar Bloods are like family for Chris De Haas.

Since joining the Mid Gippsland Football League side in 1994 as a top age thirds player he has been a one-club player, and on Saturday became one of its most decorated.

The long-serving ruckman became the Bloods’ most capped senior footballer at the weekend when he played game number 331 in the top grade against Mirboo North, breaking Brian Sim’s record of 330.

Mateship and success have been the backbone of his tenure, and while his final season in the red and white has been a struggle, that has seldom been the case at his home away from home.

“Everyone down there we’re generally just good mates. We’re locals and we don’t buy a lot of players in… we all want to play there and we’re successful too,” De Haas said.

“I don’t like to lose and Traf, we’re not going too well at the moment, but over the time I’ve been there we haven’t had many losing seasons.”

While the going has been tough in 2016, there has been a silver lining for De Haas in the form of a return to the top grade.

After a few seasons in the reserves during the twilight of his career, the veteran ruckman has been reinstated in the seniors, paving the way for the record milestone.

“It’s a privilege to be honest, of all the great players that have played for our club I’ve played the most games,” he said.

“I’m a bit lucky Traf is going through a lean patch, if we were a strong side I don’t think I’d be in there, but it’s something over the years I haven’t really thought about.

“I haven’t played a lot of senior footy the last three or four years so I certainly didn’t expect it.

“It’s a huge privilege and honour.”

Along the way De Haas has accrued plenty of trophies and awards.

De Haas captained the Bloods seniors in 2003 and 2007 and has been named the club’s most consistent, best finals player and most determined.

He is also the record holder for the most consecutive senior games at Trafalgar with a staggering uninterrupted run of 173 appearances, and joined Paul Taylor and Robert Sapkin this year as 400 open age gamers.

But the dual senior premierships of 2009 and 2010 stand out the most in his long list of achievements.

“Those are the obvious highlights, that’s what you play football for. The best and fairests and that sort of stuff are a bonus but premierships are what you play for,” he said.

De Haas walked into a winning culture from the word go, and has been part of one ever since.

He was called up to the senior grade early under then coach Rod Newton, who led the side through a strong era and set the tone for De Haas’ career.

Along with Newton, De Haas labelled Brian Leys another of the club’s most influential coaches in his stint.

“He changed the culture of the football club when he was there in the early 2000s, he’s probably the biggest influence I’ve seen on the club in my time,” De Haas said.

“The year he coached he changed the mentality of our playing group… we used to be happy to finish second or third and he sort of changed that, which was probably why we were successful through that 2000s era.”

Though he loves the club and the game, season 2016 will be the last for the warhorse as he looks to concentrate on work and family commitments.

De Haas thanked his family for their support over the years.

“I just want to thank the people who supported me through the years, my family, my wife puts up with a fair bit (because) it takes up a lot of time, especially senior football for nine to 10 months of the year, so without her support you can’t do it,” he said.

“The sacrifices they (wives and girlfriends) make is almost as big (as that of the players).”

Trafalgar was bested handily by the Tigers on the day, but there was plenty of celebration for a true club champion.