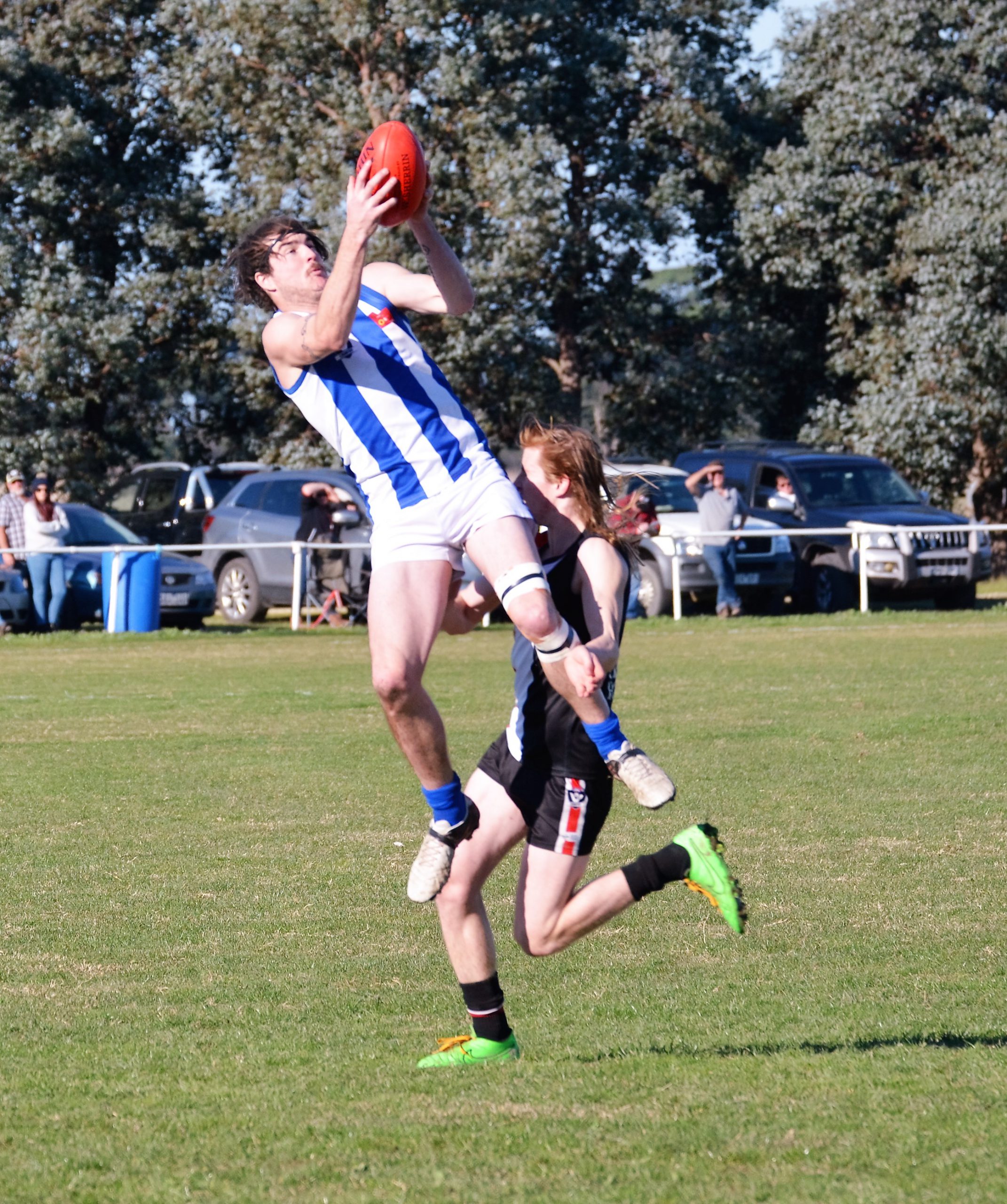 PATIENCE was key for Heyfield on Saturday, when the Kangaroos were made to work hard for their win away to their old North Gippsland Football Netball League foe Cowwarr.

The finals football-chasing Roos trailed by three points at quarter-time and two points at half-time against their less-fancied opponents, but rose to the challenge and ultimately emerged with a 39-point win.

Heyfield coach Josh Stubbe said the main break was a time for cool heads, not frustration or panic.

“(At half-time) I just reiterated that we knew it was going to be a tough contest, that we were standing up well and just had to keep applying pressure and take our opportunities,” Stubbe said.

“We battled on and took it up another level and did break them in the end.

“Credit to Cowwarr, their season’s over but they’re battling on and are a solid side that really pose a threat to the top sides.”

James and Jesse Beha and Shaun Humphreys booted four goals each and were among 10 individual goal-kickers for the Roos.

Jack Woodland put his body on the line all day, winning plenty of contested ball and using it well, while Nick Dowse and Jon Dewsbury were also prominent.

Dewsbury was one of three changes to the side that narrowly lost to Sale City two weeks ago, with Daniel Saunders and Ryan Bean also called up in place of David Kelly, Josh Neille and Daniel Stevens.

Cowwarr full-forward Brad McBride made it four straight games with three or more goals – all against sides in finals contention – with six for the day, while Brett Street chipped in four of his own.

Pat Tainsh, Bill Phelan and Sean Alexander were other good contributors for the Saints.

Goal umpires and scoreboard attendants got another major workout at Gormandale Recreation Reserve on Saturday.

Corbin Sutherland (six goals), Keifer, Griffin Underwood and Tyler Chisholm (four each) all enjoyed a day out for the Demons, while Chris Potalej (six) and Luke Francis (four) did likewise for the home side.

Louis Rodaughan joined the goal-kickers in Yarram’s best and the Tigers were well-served by Antonio Colaciello, Ryan Burns and Kodie Owen.

The win maintained the Demons’ hold on fourth spot and gave them a timely boost in percentage, which could be crucial in the ongoing race for finals.