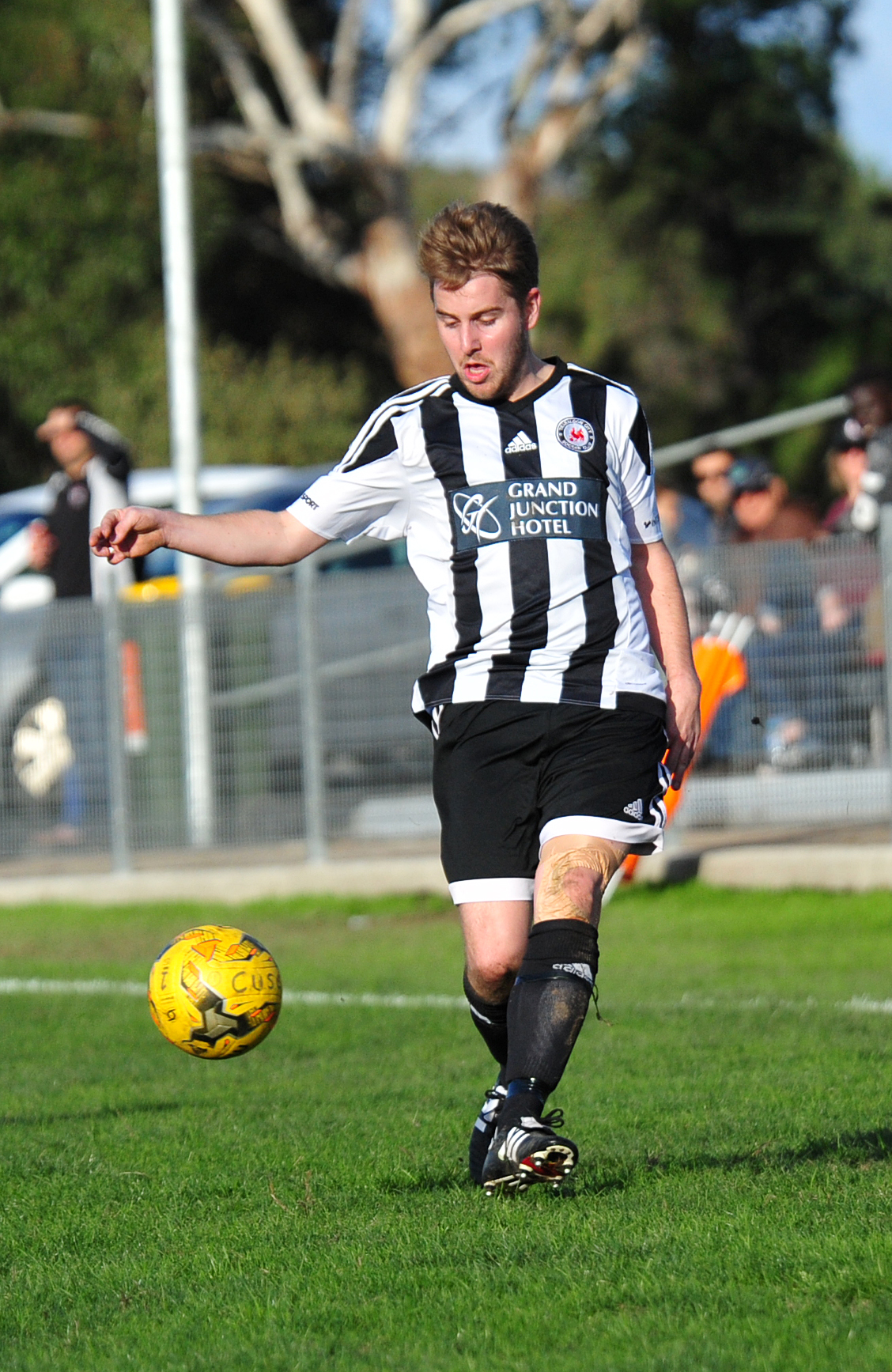 The Roosters emerged 1-0 victors from a bruising clash in which skipper Robert Speir was stretchered off with a knee injury and Tom Sawyer left bloody after a head clash with Nick Dastey.

It was City’s first win over the Red Devils in three years and pushed the black and whites into fifth on the table, two wins shy of Moe and Newborough-Yallourn United, which drew level on top following an 8-1 drubbing of East Gippsland United.

Having conceded late to give up a share of the points on four occasions this season, Roosters coach Steve Riess said it was satisfying to hold the league leader out and keep a clean sheet.

“We’ve had some disappointing draws so far this year and that was reward for effort, knocking off the top team,” Riess said.

“We’ve been there or thereabouts with a lot of the top teams but to keep a clean sheet was very rewarding and we thought we could sneak a goal.

“Everyone who was on the pitch did a really good job defending, it wasn’t just our defence… it was a team effort to keep the clean sheet.

“It was a real grind, a real tough game, and for such a young team that experience is only going to help us come finals time this year.”

Moe began the game in typically efficient fashion and looked composed on the ball but City was unyielding in the defensive third.

Sam Gatpan’s raids down the flank were being held well by the Roosters’ wingbacks, while central pairing Mark Bruzzese and Liam McCluskey repeatedly repelled creator Joel Baldwin and company.

It was a physical encounter with bodies being thrown on the line as committed defences at either end kept chances to a minimum.

Typifying the nature of the contest an aerial duel on the stroke of half-time left Sawyer with a head wound, ending his afternoon, and Dastey a headache as the sides went in 0-0.

City took the lead shortly after the restart.

Stefan Sbaglia made a darting run down the right side of the penalty area and squared for Matthew Baker, who took a touch inside to foil the defence and rifle a bullet past Moe custodian Peter Albanese.

The Red Devils’ prospects of a comeback were dented when Nick Fogarty was sent off for a second bookable offence, leaving the visitor with 10 men and a mountain to climb.

City was forced into late substitutions when captain Speir went down but defended stoutly to preserve its 1-0 lead until the final whistle and exiled memories of its 4-0 loss to the Devils earlier in the season.

The Roosters are now one point shy of Churchill and Falcons in third and fourth on the table, but Riess is hungry to push higher.

“I’d like to be top. When you look at our results the four draws we were winning and conceded the last five or 10 minutes, there’s eight points,” he said.

“Sitting six points (off top) with just under half a season to go, the way results have gone this season anyone can beat anyone, so you never know your luck.

“We try to win every game and it is exciting times for the whole league, it’s probably never been this exciting.”

The excitement will continue this weekend when Moe and NYU collide in a top of the table battle.

Falcons tied up the second leg of the Immigration Wall Cup against Morwell Pegasus with an 8-0 thumping of their cross town rival at Ronald Reserve.

The Cup tie, an inter-club challenge which celebrates the contribution of migrants to the Latrobe Valley football community, was a one-sided affair from start to finish.

From the opening whistle the away side took the ascendency and soon the lead when Daniel Edey finished from just inside the 18 yard box.

Pegasus was under a constant bombardment and found itself 3-0 down at the break, with the third a Nick D’Alessandro free kick that evaded everyone bar the back of the net.

The Birds did not let up in the second half, piling on a further five goals from the likes of DJ Matar, Edey and a single finish from defender Andrew Carbone, who picked up the John Hutchinson Medal for best on ground.

The win narrowed the gap to first-placed Moe to five points.

In other round 16 matches Olympians scored a dramatic 4-3 win over Monash with a goal at the death to seal the deal, Fortuna snuck by Tyers with the same scoreline and Sale United registered a 1-0 win away to Trafalgar.