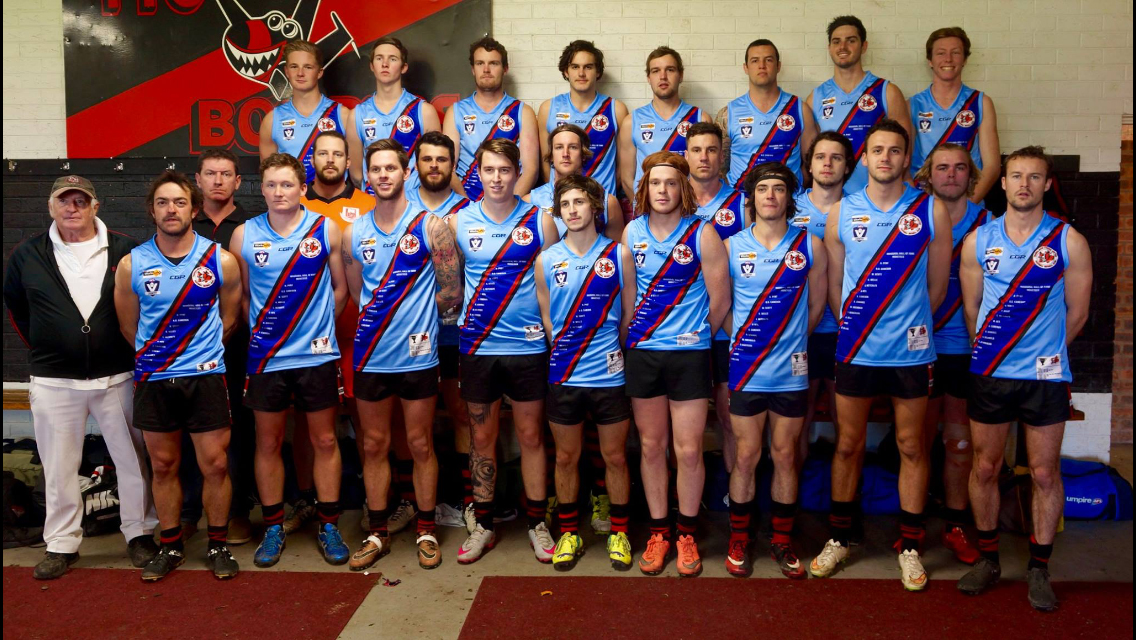 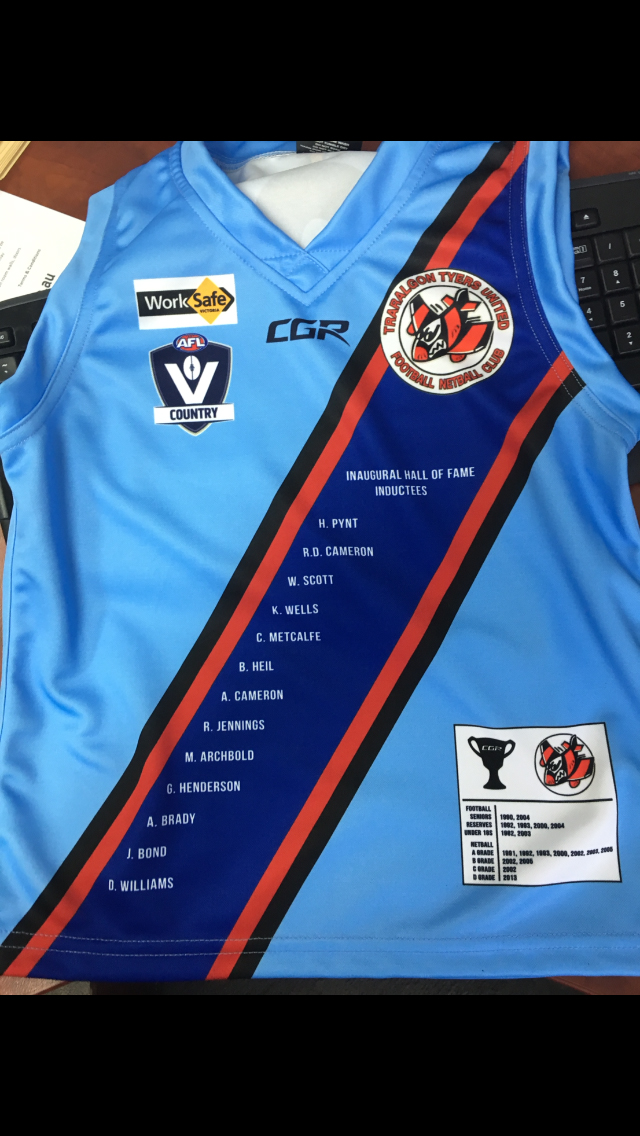 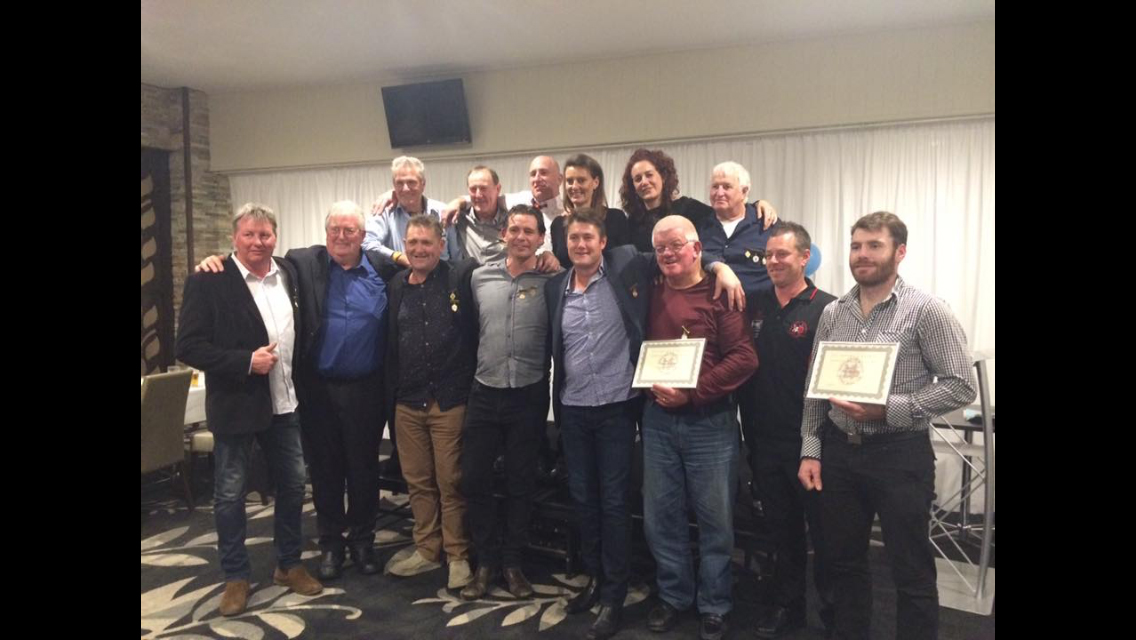 TRARALGON Tyers United Football Netball Club inducted 13 past players into its hall of fame in an inaugural function at Traralgon Bowls Club at the weekend.

A commemorative jumper was worn by present day senior football and netball sides in their respective matches at the weekend which combined elements of the former ‘Two Blues’ and current ‘Bombers’ strips, featuring the names of the hall of fame members and the premierships they won.

League best and fairest awards won by the inductees were featured on the back of the jumper.

Ken Wells, who has been a part of TTU since its formation in the early 1980s, was named the first ‘legend’ of the club as part of the occasion.

“He’s been there since day one and he actually got the very first kick in the seconds that day and he’s still there as head trainer,” TTU senior football coach Nick Turnbull said.

Turnbull said the ceremony was part of a push to re-engage past players and life members.

“A few clubs are getting into the stage now where they’re trying to recognise people who have done special things for them over the years,” he said.

“It’s something we’ve addressed we’ve got to get better at and this is all part of that. These sorts of exercises do identify that and get people back and keen again.

“This had a five-point criteria they (inductees) had to meet and there was a selection committee for it.

“It was a very good day, there were a lot of past players who came back for it.”

The club preceded the occasion with a win over Cowwarr in the senior football grade, marking a 14-goal turnaround from the previous encounter this season.