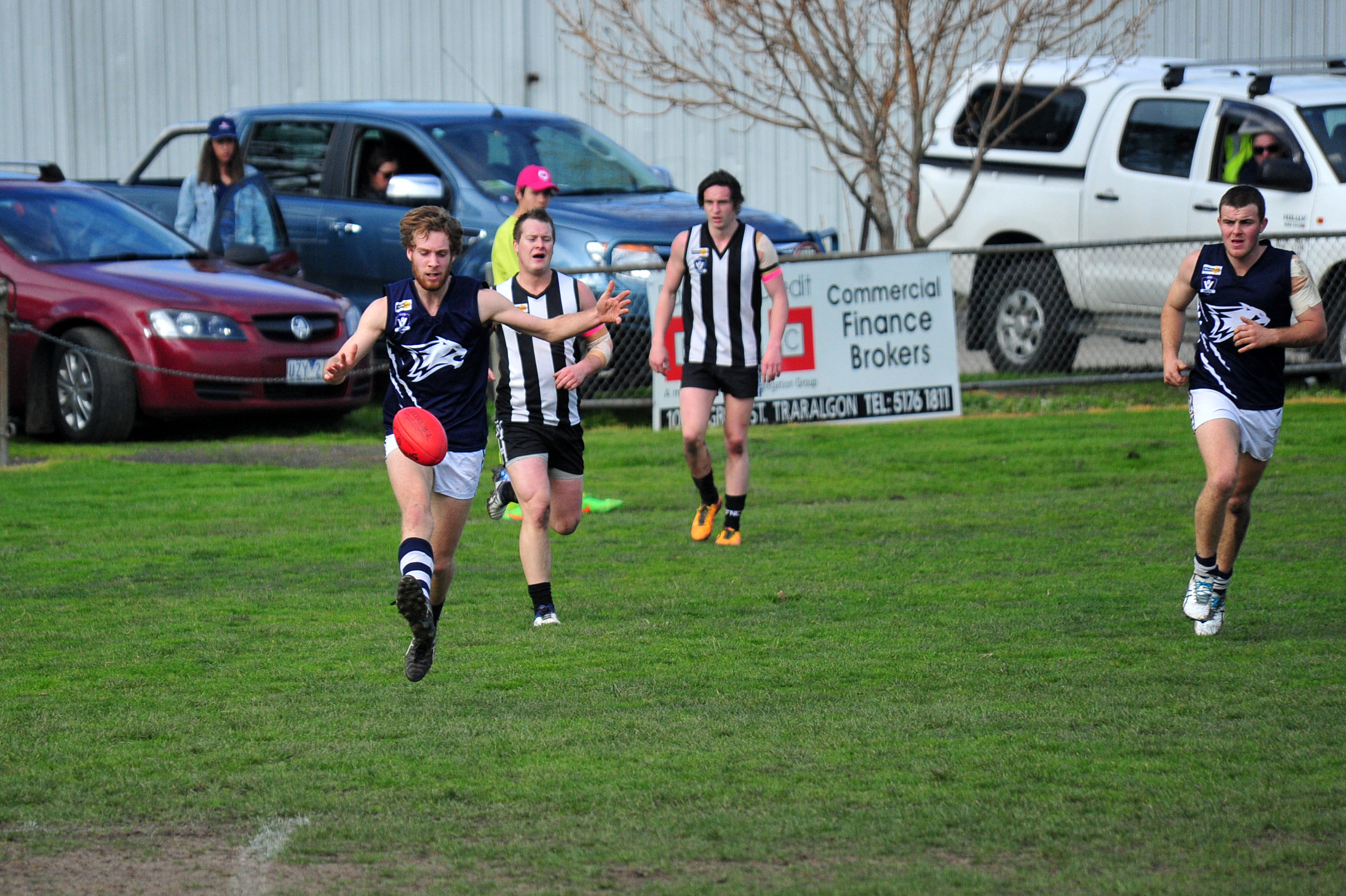 TWO teams heading in opposite directions collide at Gordon St Reserve on Saturday in the penultimate round of the North Gippsland Football Netball League home-and-away season.

Woodside has lost its past three games – as many as it had in the previous 13 – while Heyfield has only been defeated once in eight games since falling to the Wildcats in round eight.

Two of Woodside’s losses came against frontrunners Sale City and Churchill, but last week’s shock defeat to struggling Glengarry leaves its position in the top five in jeopardy.

“We had about 10 (players) out last week, but we just didn’t turn up to play,” Wildcats coach Gary Jones said.

“They jumped us in the first half and we had a better third quarter but we ran out of legs.

“Now all of a sudden we’ve got to win one of our last two games to make finals.”

A shocking run of injuries has led to the Wildcats slipping from third to fifth on the ladder.

Unless they can beat the in-form Roos this weekend, they face the prospect of a one-on-one showdown with the reigning premier for the only remaining finals place on the last day of the regular season.

Jones could have as many as seven players return to the side this week, but only Darwin-based pair Keegan Dingo and Dylan McLachlan are certainties.

“Rosedale has got Glengarry this weekend and hopefully Glen can do us a favour, but it’s more about our mentality,” he said.

“We had a meeting on Sunday to refocus… there were a few home truths about taking the easy options, guys missing training and being sore, but we got that out of the way, then focussed on the positives.

“Heyfield is a good side and knows how to win big games but the main thing for us is to play our natural game, get our hands on the footy and move it quick.”

Heyfield coach Josh Stubbe was thrilled with his side’s recent form, but conscious of the challenges ahead.

“We’re playing some really good footy but we have played a couple of the bottom sides recently,” Stubbe said.

“Woodside is a good test and we want to push ourselves and make sure we are in a good mental space and maybe even have an edge over other teams come finals.

“Everyone knows how key the second chance in finals can be rather than do or die but for us it’s simple, keep winning.”

Stubbe noted similarities between his side and that of his former Maffra teammate, Jones, particularly when it came to speed and ability to win first use of the ball.

Matt Phelan is unlikely to be available due to work commitments, but the Roos could regain Kodie Woodland, who missed last weekend’s win against Gormandale with a sore shoulder.

In other games, Yarram puts its top three and flag credentials to the test against minor premier Sale City, Gormandale hosts Traralgon-Tyers United and Churchill travels to Cowwarr.