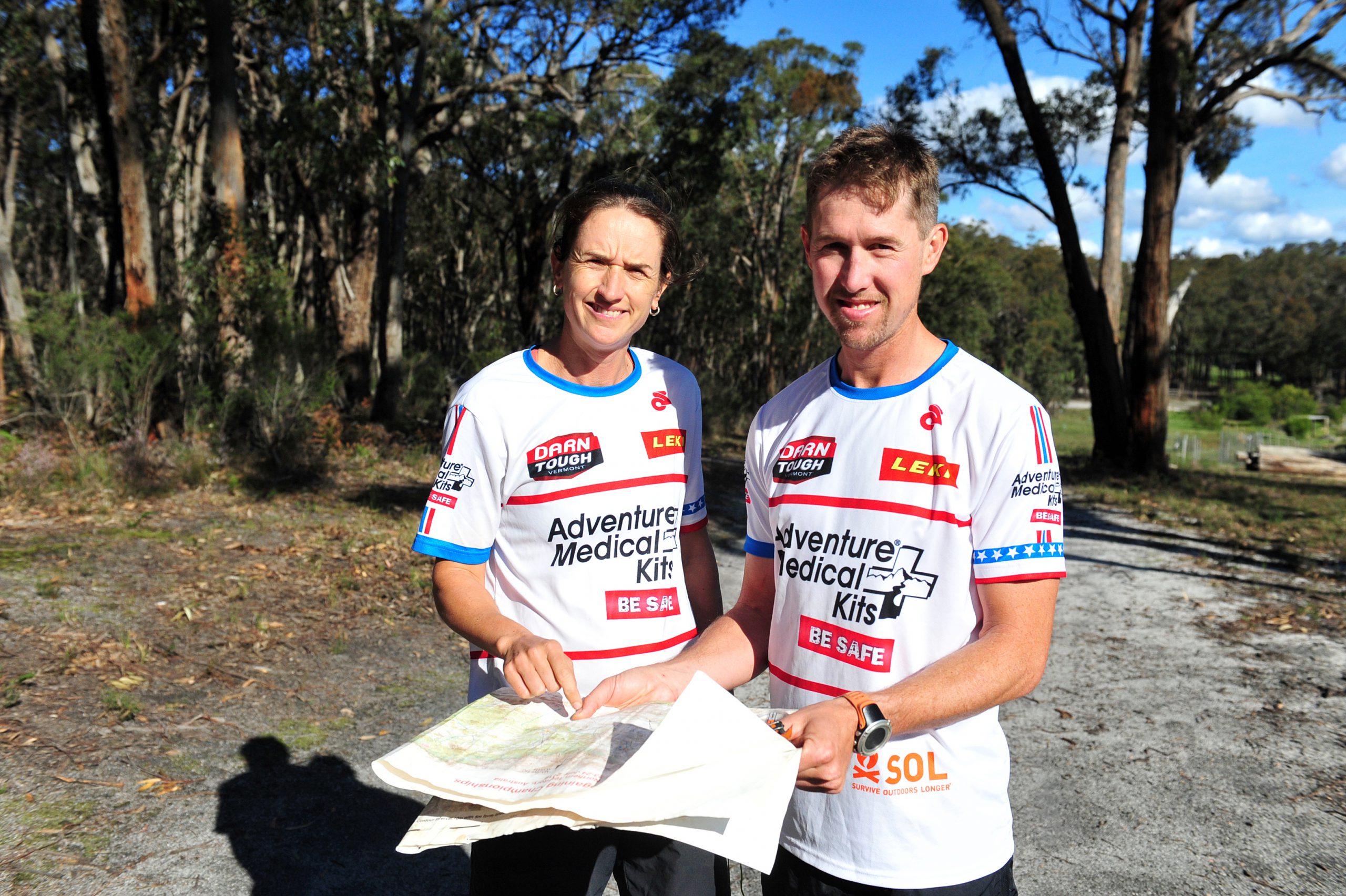 ROB and Kathryn Preston are on top of the world – of rogaining.

Rogaining is a long distance sport involving cross country, navigation and route planning to reach as many checkpoints as possible within a given time frame.

As seasoned adventure racers and orienteering veterans, the discipline played to the Prestons’ strengths in their first 24-hour race together.

“It’s something we’ve done a lot of – shorter orienteering races over the last 20 years – but we don’t do many of these longer races,” Rob said.

“It’s actually very similar to the adventure racing in that it goes overnight. You do it in a team and it involves physical navigation, you use a map and compass the whole time.

“The mental race is the same except you’re mountain biking and kayaking as well (in adventure racing) so they tie in really well.

“On foot is our strength anyway so it’s the best of our three disciplines.”

For Rob it was a fifth world championship appearance and for Kathryn, who has never finished worse than second, this is her third attempt.

The duo covered 103 kilometres in the 24-hour time frame, including 7000 metres of vertical ascents, en route to the mixed title.

While traversing rocky terrain in the middle of an Alice Springs night sounds the stuff of nightmares, or the setting for a horror flick, it feels like home for the adventurous couple.

“The terrain was exceptional out there near Alice Springs. I’d never been there before and it was pretty special for us and the overseas competitors as well,” Rob said.

“Really rocky underfoot and a lot of spinifex grass, which is a really spiky shrub you have to walk through which made it difficult as well. There was a lot of short, steep hills (so the distance we managed) was pretty good given how tough the terrain was.

“It was just an event we didn’t want to miss really; being in such an interesting area made it worthwhile.”

Rob said winning their category was the focus, but their score against the field came as a bonus.

Their score of 3880 was second only to New Zealand men’s pair Chris Forne and Greig Hamilton with 4400 points after managing to squeeze in a couple of unexpected checkpoints late in the race.

“We were certainly aiming to win the mixed category, that was the most important thing, and then we were a bit surprised about how we’d done against all the men’s teams as well,” Rob said.

“Looking at our preparation and experience, we had a lot of good form going into the event, and although we hadn’t done a 24-hour race together we knew how to perform when it counted.”

The Prestons will divide for their next race, where they’ll compete against one another at the world adventure racing championships in Nowra in November.

Kathryn will compete in a strong Australian team and Rob an international unit he has enjoyed recent success with.