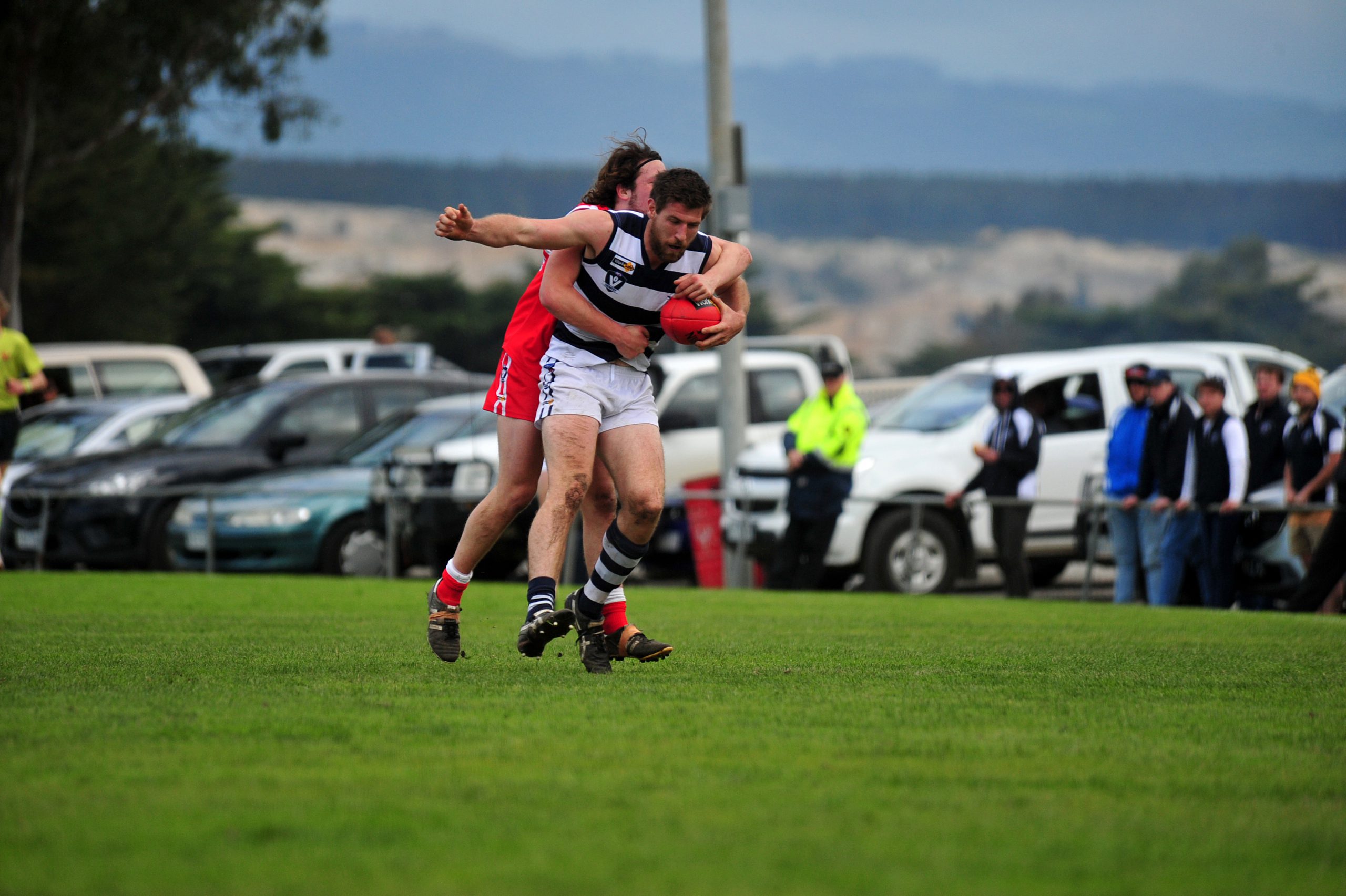 It was a gruelling contest from the outset, with the first half full of momentum swings as both sides fought desperately to gain the upper hand.

Stoppages were in short supply and turnovers plentiful throughout the day, but the Demons improved their ball use after half-time and were able to apply scoreboard pressure, much to the delight of coach Chris Pettitt.

“In finals you don’t get it gifted to you and we knew it was going to be tough especially because it was a local rivalry you always get that build up,” Pettitt said.

“We sat behind the ball too much in the first half and tried to defend scores and when we got back to taking the game on it actually gave our forwards a chance one-on-one.

“You’re never going to have momentum for a whole game so if you’re going to have it at one stage you might as well have it late.”

Yarram kicked the first two goals of the game, but Woodside quickly gained control and dominated the inside-50 count, if not the scoreboard.

The second quarter followed a similar pattern and the Wildcats found themselves 10 points up at the main break.

The game turned on its head after half-time, as the Demons piled on five goals to none to turn a nine-point deficit into a 22-point lead.

Woodside threw everything at it in the final term and twice got within 15 points – firstly via two goals in 30 seconds from Lionel Ogden following a down-field free kick – but Yarram had an answer for every challenge.

Ogden finished with four goals for the Wildcats, who were best served by coach Gary Jones, Rob Michaelides and Keegan Dingo.

The Demons now turn their attention to Churchill.

“It was good to make finals, but I didn’t think it was a pass mark to make it,” Pettitt said.

“The boys spoke about that and really wanted to win one and then you give yourself another chance and that’s what we’ve got.”

Jones said his side would learn plenty from the defeat.

“At the end of the second quarter we thought we had them on the ropes a little bit and we would be able to open them up and get a bit of momentum from that, but they came out and took the game away from us in the second half,” Jones said.

“A few of the younger blokes were a bit nervous playing finals… so it’s experience for them.

“We won 11 games this year, plus seven from last year, and brought a few smiles to a few people that do a lot of work around the club and that’s what it’s about.

“Hopefully next year we can keep the team together and build on it. The only problem now is we’ve lost elimination finals so we’ve just got to finish third to get away from that.”