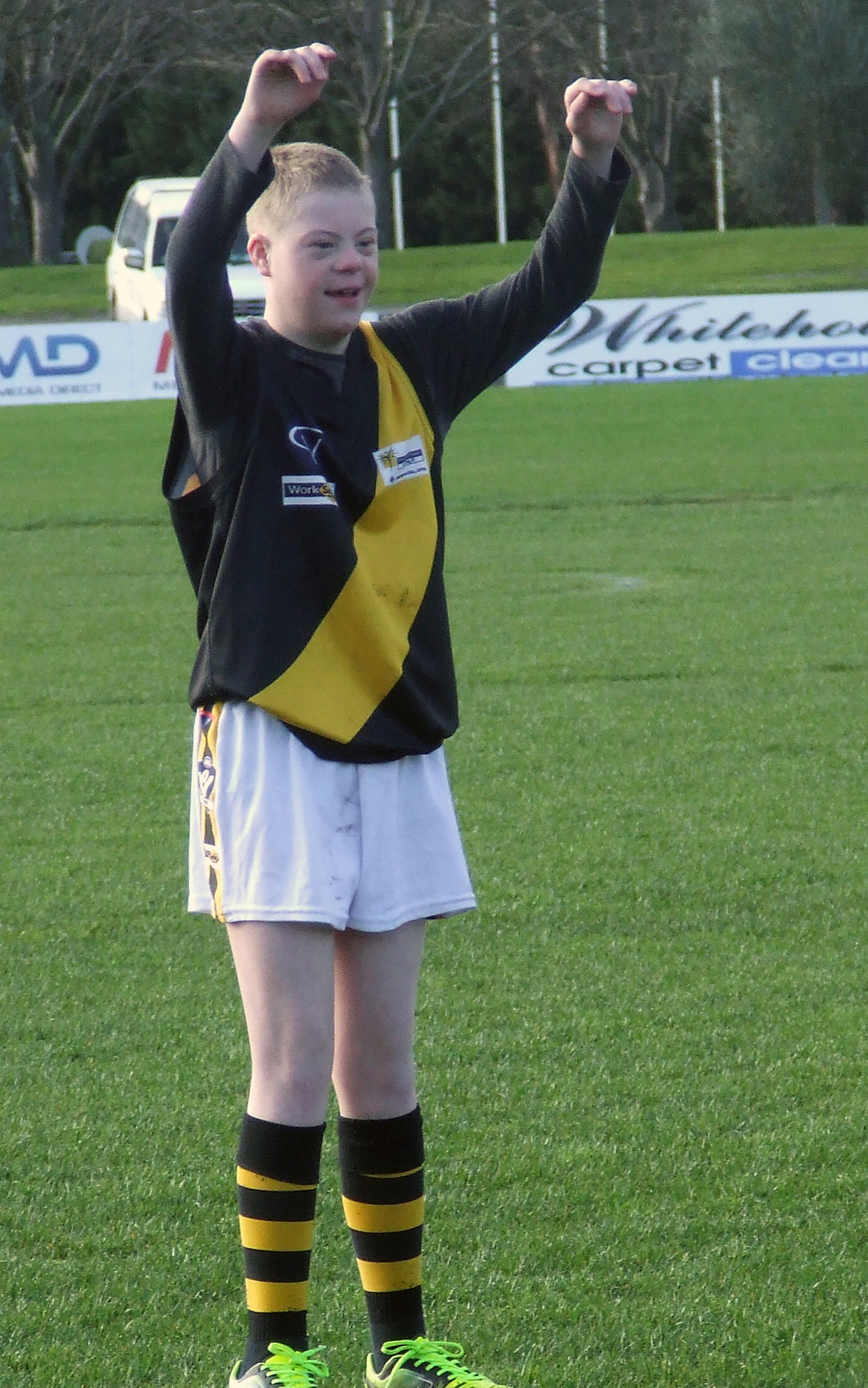 It was a day that 13-year-old Alec Kenneally will never forget as he ran through the banner for his first game of football with the Mirboo North fourths.

Alec, who has Down syndrome, has been a lifelong supporter of the Tigers, both Richmond and Mirboo North, and follows the boys every weekend.

Coach Jon Oddy said the side relished the opportunity to give Alec a chance to play a real game of football and get him used to the team environment.

“Alec has been a great supporter of the fourths and the boys treat him as a teammate; this was the opportune time to give him a run,” Oddy said.

“This is a once in a lifetime event for Alec to be involved in a team with 17 team-mates around him.”

Oddy said Alec had been looking forward to being part of the team and even got a rubdown from the trainers.

He was given a guard of honour by the opposition Yinnar team before running through the banner.

After the he was presented with a football and a medal.