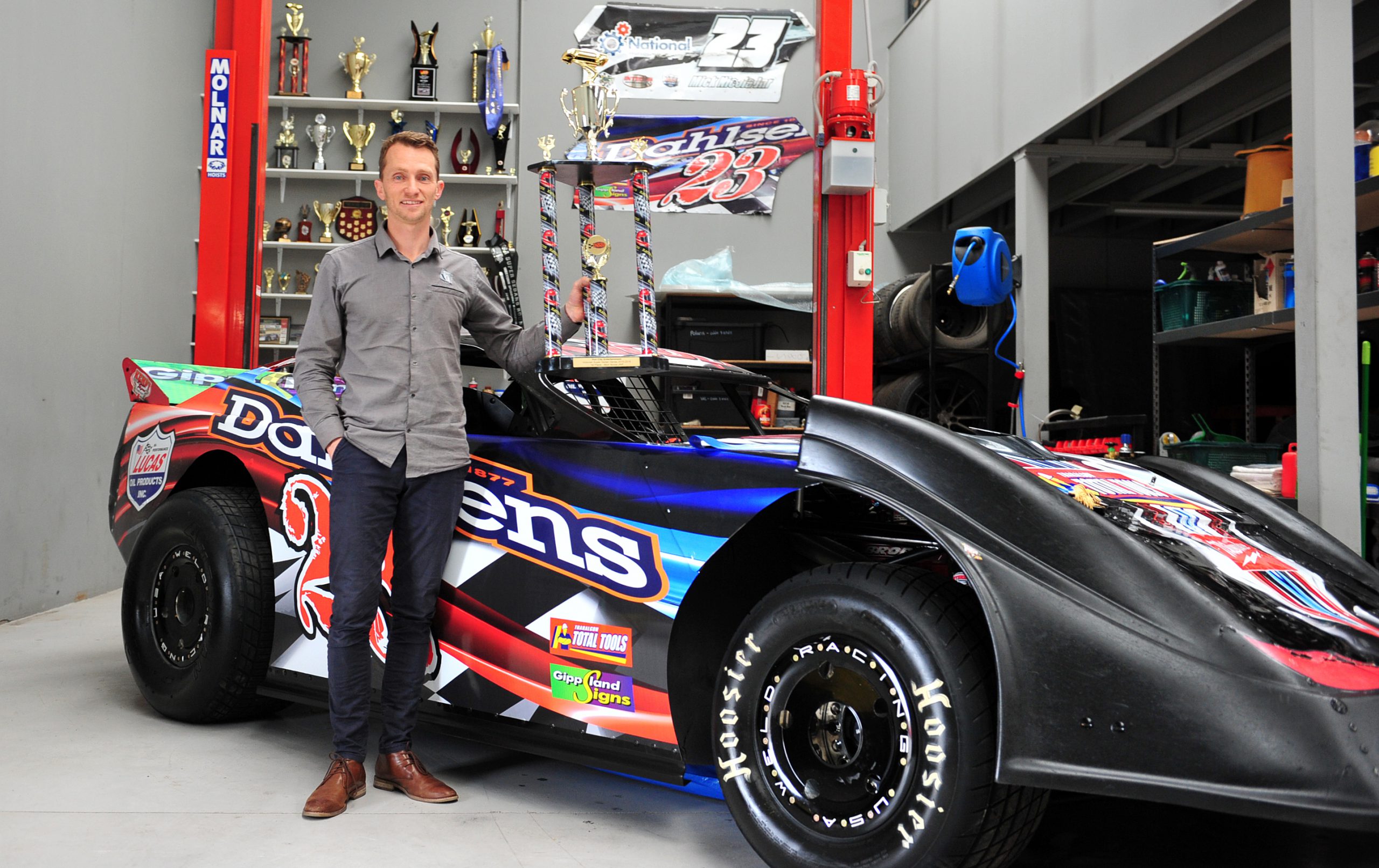 The expression third time’s a charm may not have special meaning for most, but for Traralgon speedway driver Mick Nicola they are words to live by.

After finishing second and third in the Victorian Speedway Championships the past two years, the has finally claimed his first title.

Nicola, who drives in the Super Sedans division, clinched the title in the final round at Wahgunyah Speedway in May.

“After coming second and third a couple of times in a row I was determined to get that number one spot,” he said.

“It was good to finish on top.”

Nicola secured enough points to clinch the title when he secured pole position in the heats.

With the title in his grasp, he accepted a challenge from other drivers to start from the back during the main event.

The handicap was not enough to keep Nicola off the podium, with the newly-crowned champion finishing second – just 0.04 seconds behind the winner.

He said he wanted to thank his pit team for their efforts in helping him achieve success.

“A lot of the races are right on the border so we drive up, race all night and drive back the same day,” Nicola said.

Speedway works by assigning points to drivers who compete at events held at tracks across the state. The Traralgon speedster’s previous performances during the season meant he went into the round atop the leader board.

But it was not always smooth sailing, with Nicola enjoying his fair share of frustrations during the season.

Nicola’s 1088-kilo, 700-horsepower car was caught up in a crash at a non-competition event in Avalon, which meant he had to strip his car back to the chassis and rebuild it.

“I had to borrow one of cars in ,” Nicola said.

“It won , something that’s very tricky to do.”

The family connection does not stop there, with his uncle Pete also racing speedway.

He said on several occasions the three family members had shared the same podium.

Having conquered Victoria, Nicola plans to follow in his father’s footsteps and compete at the national level.

“I’ve run against the Australian level drivers a few times and you can definitely give them a run for their money,” he said.

The Australian-level series takes place in Perth next year and involves several weeks of competition.

“It all happens so quick,” Nicola said.

“You’ve got to have a lot of spares, because if you have a crash you don’t have time to make parts.”