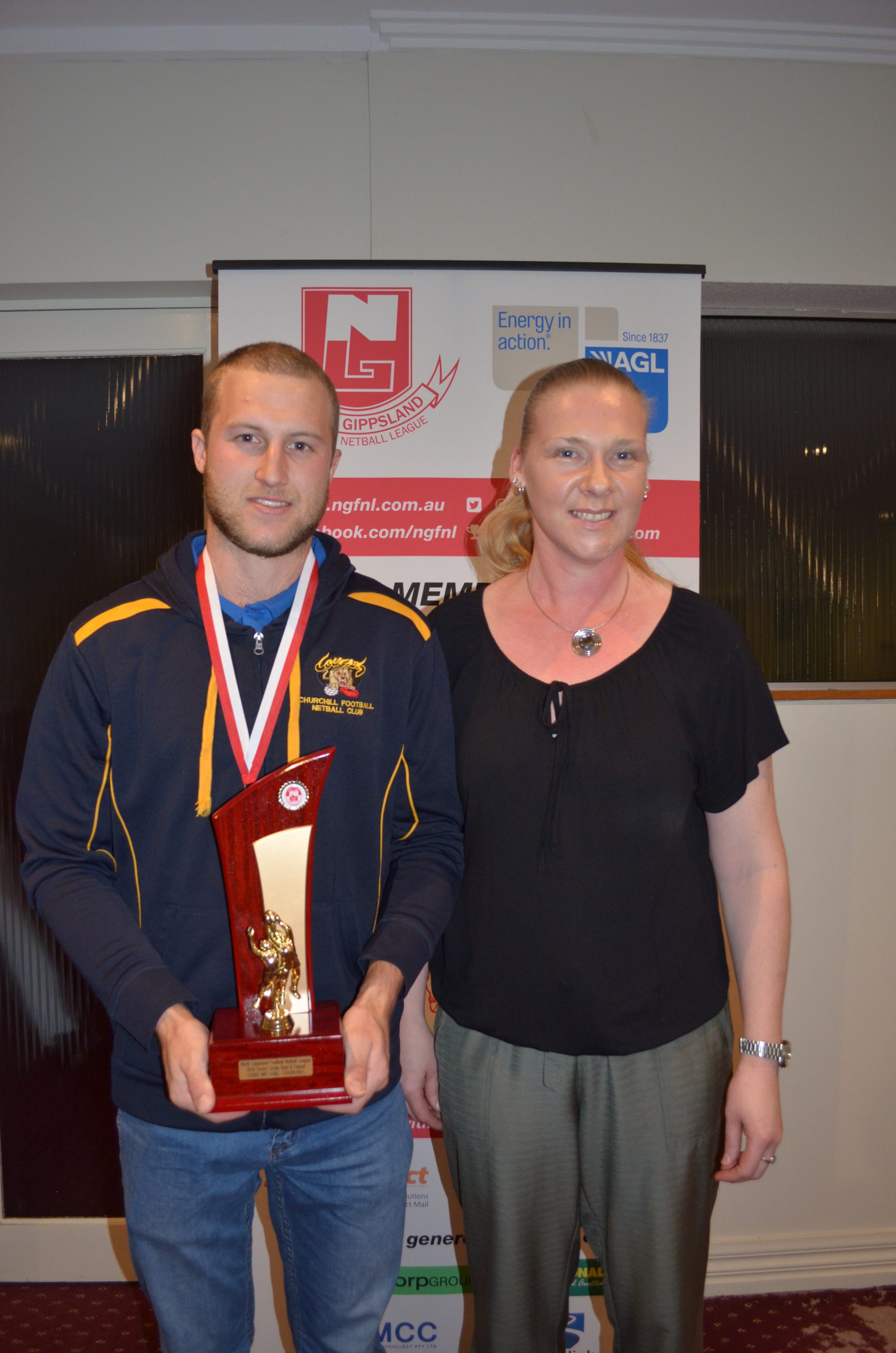 a few flags there prior to me (but) no league medals in the family,” Williams said.

“My old man might have come runner up one year in a low count but I’m the first.

“I thought Schuback and (Woodside’s Rob) Michaelides would take it out, those goal-kicking midfielders, so it’s a massive surprise.”

A promising junior, Williams bolted through the ranks at Churchill and made his senior debut as a 17-year-old in 2011.

Despite his tender years, the gutsy ball-winner and silky ball-user was quickly identified as a future leader and handed the captaincy of the Cougars’ senior side in 2013.

He led the club to premiership glory in 2014 and is already a three-time club senior best-and-fairest.

Williams proudly wears the number 13 jumper in honour of his father, who played 223 senior games and was awarded the best-on-ground medal in grand final, before passing away suddenly in 2011, aged 35.

He said winning the medal was “bittersweet” given his side’s disappointing end to the season, but was proud of the achievement.

“As much as it is a good achievement it’s all about winning finals footy and we weren’t able to do that this year,” he said.

“I’m still stewing on that a little bit and pretty dirty on the fact we got knocked out in straight sets, so we’ll have a big pre-season with the boys and we’ll be back bigger and better next year.

“I’ve grown up around the club watching the footy from two years old until now so the club means everything to me. The people there and everything about it is my whole life pretty much so success at that club means a lot to me and my family.”

Woodside goaler Andrea Foat won the A grade netball best-and-fairest award, after polling a staggering 51 votes from a possible 90 to finish 15 clear of Rosedale’s Ella Bertacchini.

Amanda Tyquin was the B grade best-and-fairest and Rosedale’s Caitlyn Passalaqua scooped the C grade award.