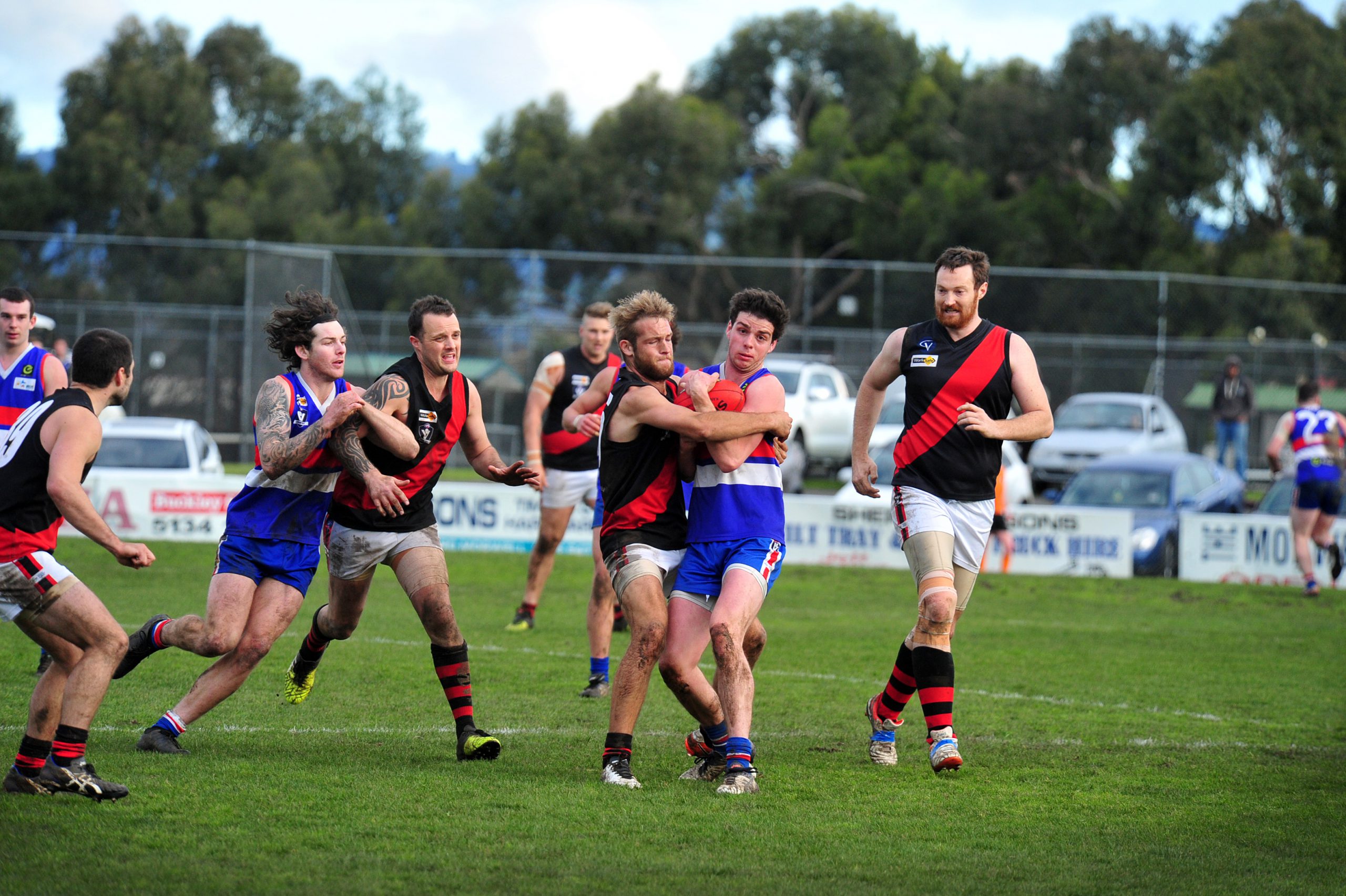 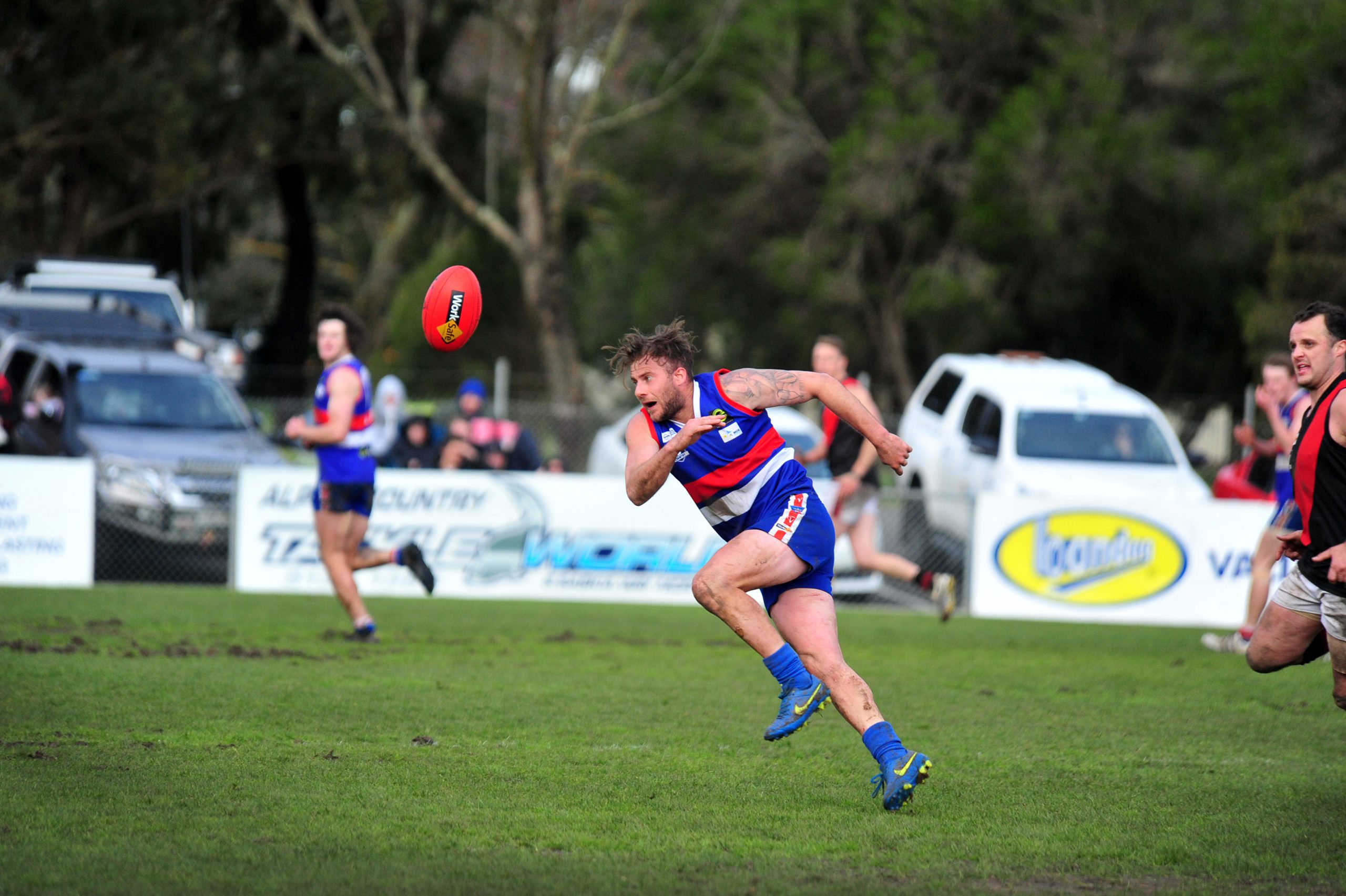 It was a double dose of misery for Newborough as both their seniors and reserves went down to their closest rivals Yallourn-Yallourn North in Saturday’s second semi-finals.

The Bombers now advance to their second seniors Grand Final in two seasons after a 12-point win over hot favourites Newborough.

Newborough, which had won its last 16 matches, went into the semi-final full of confidence having beaten the Bombers twice this season.

YYN opened with the breeze, but it was Newborough’s James Todd who scored the first goal after just four minutes of play.

There was congestion early on, as the windy conditions made it difficult to score.

YYN centre-back Darcy was injured as he hit the cricket pitch and had to leave for treatment.

There were plenty of errors by both teams, but Tyler Brown equalised at 18 minutes.

The Bombers were starting to play their best football and attacking moves by Dean MacDonald and Tim Phillips brought goals to give the Bombers a substantial lead.

Newborough fell behind as YYN was quicker to the ball.

Newborough’s Chris Hancock looked to be injured and Derk Pol took over the for the Bombers, Newborough had the wind and should have taken advantage, but it was YYN who produced as Newborough seemed flat.

Tom Hutton dropped back to defence as a loose man and sweeper and he curtailed some of Newborough’s forward moves but Anthony Battista weaved through the blockade to score the Dogs’ second goal.

Even at this Newborough was forced into errors by a strong Bombers defence.

Matt Slattery was strong for Newborough, but many of its regular stars were out of action as the Bombers took over.

Bailey showed brilliance when he passed to MacDonald who kicked his second goal.

Not to be outdone Newborough’s Stuart Robertson on the half-time siren to make it a six-point ballgame as YYN led 4.4 (28) to Newborough 3.4 (22).

The third term proved something of an anti-climax, as Newborough was held down to only three points while the Bombers scratched around for two more goals.

By three-quarter time the Bombers had blown their lead out to 18 points.

Luke Mulqueen broke away from his minder Hutton for Newborough’s fourth goal and it was game on as the Dogs got within 12 points only a minute into the last quarter.

YYN held steady as Newborough was lacking its usual skill base and struggled the goals, piling up points on the way – going from 3.4 to 4.12 in the space of 20 minutes.

Phillips was sent off which left the Bombers a man down as the game got more heated.

Steven Pearson was left sprawling on the ground after a heavy knock which was converted to a 50-metre penalty allowing former Bulldog Josh Keyhoe to score the Bombers’ eighth goal and at that stage both teams had 16 shots goal.

In the dying Newborough tried to recover lost ground, but only scored a string of points.

The Bombers were well led by Bailey, but it was Hutton who showed how he won the medal last season with a top game.

MacDonald, who scored four goals but unselfishly gave many away, was the best forward.

Newborough would have been somewhat disappointed with its display and will now need to regroup for next week’s battle.