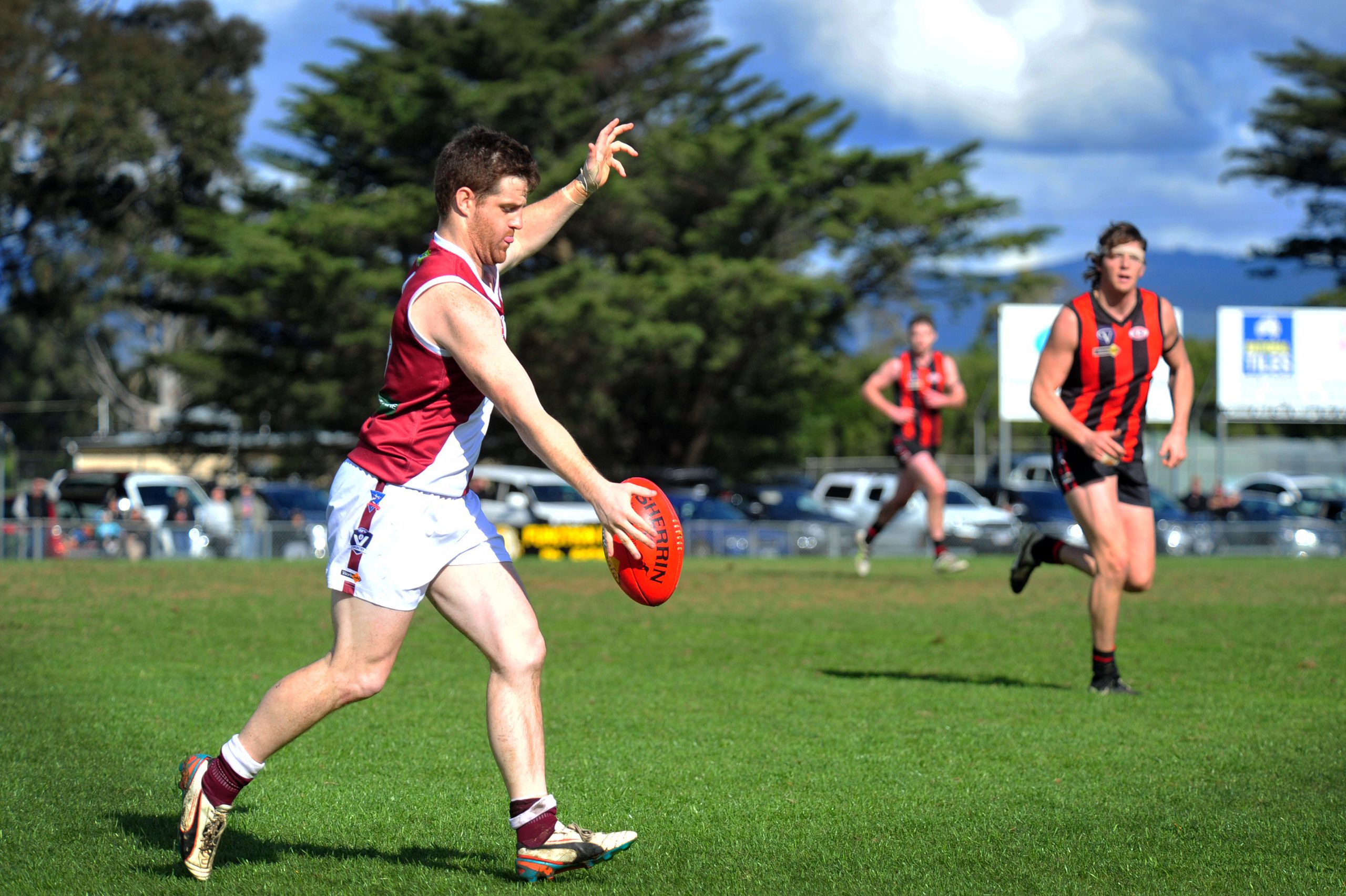 Maffra has overcome an injury-plagued Traralgon side in its Gippsland League qualifying final to book a semi-final date with league powerhouse Leongatha on Saturday.

Traralgon playing coach Mark Collison said his team would learn from the result.

He said his side picked up four injuries during the but refused to blame them for the result.

no excuses in injuries – we expected to win in the last quarter and we didn’t play the footy we wanted to,” he said.

“But we’ll learn from that and get ready for next week.”

Traralgon’s injury woes meant it was forced to play  without making a change.

Collison said he was proud of his team for staying in the contest until the end.

“To play of footy without a bench and stay in the game was an extraordinary show of character, but it’s not an excuse,” he said.

Maffra mentor Wayne Butcher said he was pleased with the win.

“ Traralgon lost Timmy North … and we were hoping they might have run out of legs and that’s the way it panned out in the end,” Butcher said.

“We tried to keep ourselves fresh, they were a bit hamstrung, but we just focused on what we were doing.”

He said he was looking forward to facing Leongatha in Saturday’s second semi-final at the Morwell Recreation Reserve.

Meanwhile, Traralgon will have an extra day to recover and will face Drouin in the first semi-final at Moe on Sunday.