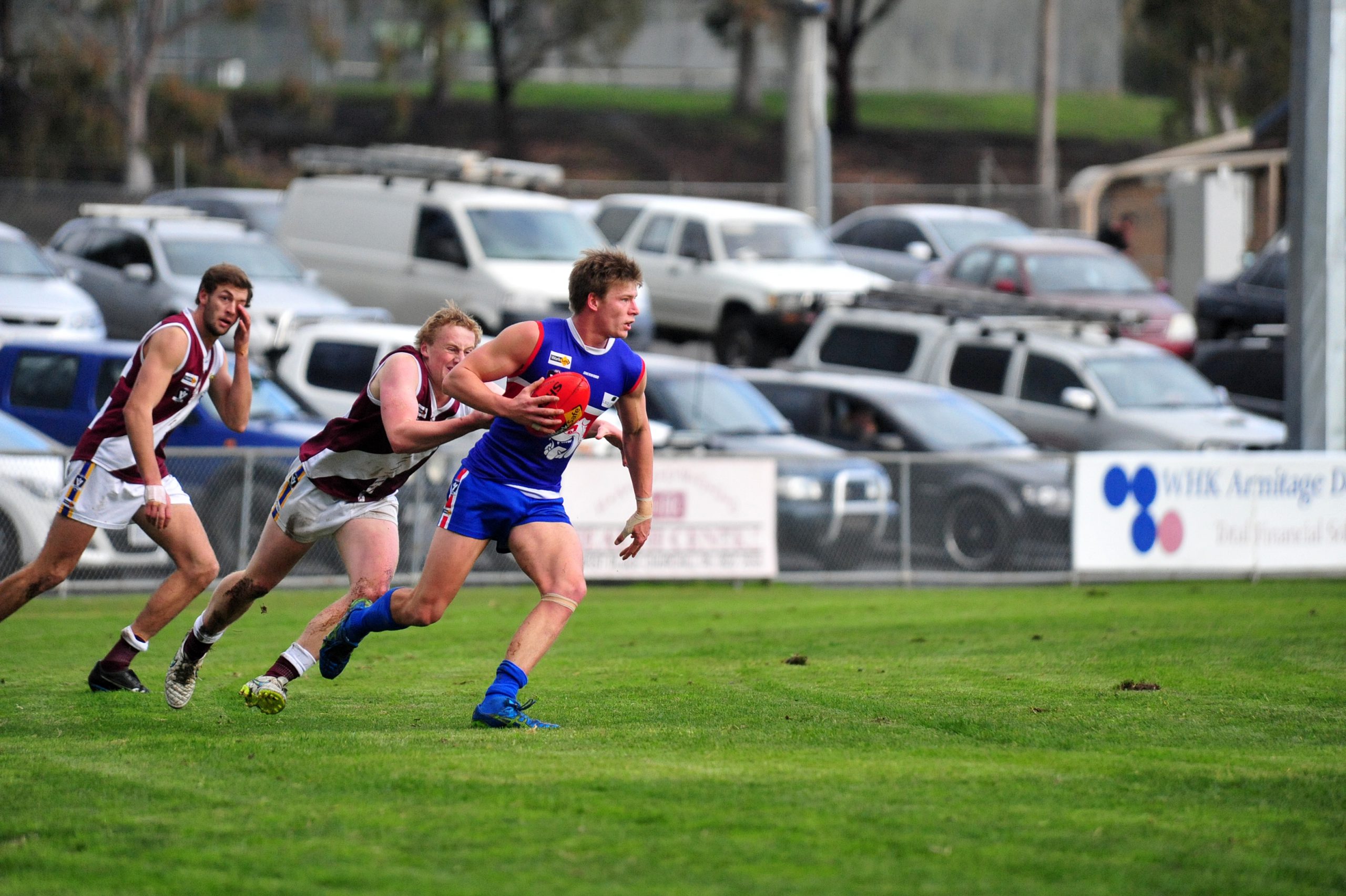 Few could argue any other side is more worthy of a place in this year’s premiership decider, but questions linger over the mettle of either team to complete the job on the grandest of stages.

Heyfield has stormed into flag favouritism on the back of an outstanding second half of the season, including convincing finals series wins against Churchill and Sale City, but has fallen short in the past three grand finals.

Sale City took all before it in the home-and-away season, winning 17 of 18 games en route to the minor premiership, only to falter in the second semi-final and narrowly avoid a nightmare preliminary final exit to a fast-finishing Yarram.

While both teams have demonstrated their premiership credentials, they st ill have plenty to prove and both are keen to do so on Saturday.

“Everyone’s excited and a few nerves there but that’s expected given the week,” coach Josh Stubbe said.

“We’ve certainly criticism that we’re good enough to get there but can’t win and we want to put that behind us.

“This is a different team. Some of the names are the same but they play different positions this year and we play a different style.

“It’s a big occasion and we’re looking forward to it.”

When it comes to grand final experience, few clubs anywhere boast as much as Heyfield over the past two decades.

Saturday marks the club’s 14th appearance in the past 20 grand finals for eight premierships.

The current squad boasts in excess of 50 grand final games, and Stubbe said that experience would hold his side in good stead.

Stubbe was a keen observer as Sale City raced to a 53-point lead in the first half of last weekend’s preliminary final and although he missed Yarram’s second half comeback, he got what he needed.

“I didn’t want to watch too much. We’ve seen enough of them this year and I want to focus more on our game than theirs,” he said.

“From our it was good to see Yarram come back and put some run into Sale City’s legs (but) we’ve got to play like we did in the semi-final. Be physical and maintain our intensity for as long as we can.

“If we can stay with them we give ourselves every chance.”

If Heyfield’s game is defined by power and precision, Sale City’s is characterised by set-up and spread.

Stoppages are crucial in either case, with quick clearances allowing the Dogs to get out and run to the open side or centre corridor, favouring their array of goal-kicking midfielders such as Jacob Schuback, Josh and Jake Milham.

If the Roos get use they can use their foot skills and the overhead prowess of Jesse Jackway, James and Jesse Beha and Jess Bedggood to possess the ball and carve scoring opportunities either through direct movement or from wide areas. Sale City coach David Piasente said his side had been battered and bruised throughout the but was ready for one more challenge.

“I’m excited about the week and I know the players are excited as well,” said.

“We’ve had a flat spot because of our injuries but we’re fully confident that our best footy is good enough.

“Heyfield a lot of damaging midfielders and we won’t be focussing too much on one.

“It’s an honour to have the opportunity to play on this day and this group may not ever play together again so we’ll be out to make the most of it.”

Heyfield is likely to name an unchanged from the one that successfully contested the second semi-final, but the likes of former captain Dave Kelly, reserves league best-and-fairest Josh Neille and big man James Conway are waiting in the wings should changes be required.

City, on the other hand, a tougher week at the selection table.

has declared himself available after missing the past three matches and is a certain starter when fit, while experienced and reliable defender Abe Schuback is pressing his case for a call-up despite being sidelined since round 16. Speedy winger Evan Johnson is another to come into the mix and the likes of Simon Jackson and Marty McDonough could be called upon should Piasente feel the need to combat Heyfield’s height advantage.

“There’s going to be some unlucky players,” said.

“We’ve played a lot of players in the senior side this year and everyone has stood up when they have come in to play. At least the guys that miss out will get the opportunity to play in the reserves grand final.

“The best part of it is we have three sides in grand finals so we can prepare and enjoy the build-up and the day as a group. The whole club is happy.”

Seven players remain from Sale City’s back-to-back flags of 2010-11 – Tollner, Milham, Jake and Abe Schuback, Justin Mclay, Rowan Bell and Michael Walsh – and their experience will count for plenty this weekend. Sale City leads the head-to-head ledger 2-1 this season but the Roos won the most recent battle.

In an interesting statistic that could give the Bulldogs some hope, only three of the last seven grand finals have been won by the side that won the second semi-final.

Heyfield and Sale City have met just once before on grand final day, with the all-conquering Kangaroos side of the late 1990s defeating the Bulldogs to win the third of their four straight flags between 1997 and 2000.

Sale City and Cowwarr will do battle in the reserves grand final.

The Bulldogs finished second on the ladder but won the qualifying final before upsetting Heyfield in the second semi-final to book their place in the grand final.

Cowwarr bounced back from its qualifying final defeat to crush Traralgon-Tyers United in the first semi-final before stunning minor premier Heyfield in a low-scoring preliminary final.

Kerrod Macgregor-Davies booted nine goals in the semi-final and looms as a major threat for Sale City, while the experienced Luke Cooper leads the way for the Saints.

Yarram goes into Saturday’s thirds grand final in pursuit of a perfect season.

After completing the home-and-away undefeated, the Demons made the most of their chances to move straight into the grand final with a 12-point second semi-final win against Sale City.

The Bulldogs twice overcame Glengarry in the qualifying and preliminary finals to secure their grand final place.