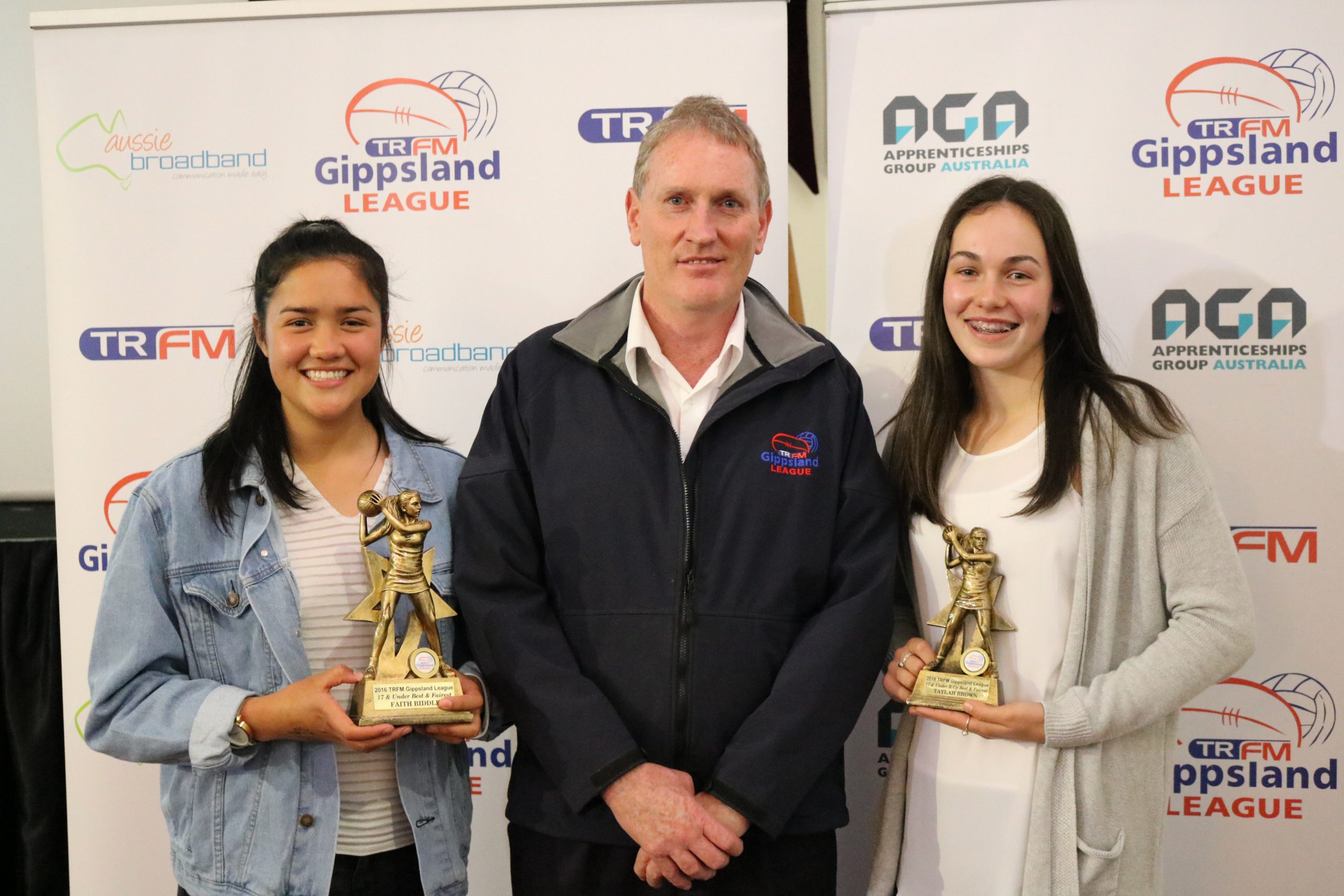 Maffra’s Hudson Holmes has taken out the under 18s Wilkinson Medal at the Gippsland League junior best and fairest night in Traralgon on Monday.

Bairnsdale’s Ben McKinnon took out the under 16s best and fairest, polling 26 votes to claim the Shaw-Carter Medal.

In the 17 and under netball Maffra’s Faith Biddle was named best and fairest with 31 votes, beating Leongatha’s Brown (26 votes) and Samantha Waters (24 votes).

In the 13 and under Moe’s Madelaine Galea won the medal (31 votes), with Leongatha’s Chloe Brown (29 votes) and Bairnsdale’s Abbey Bills (25 votes) coming third.