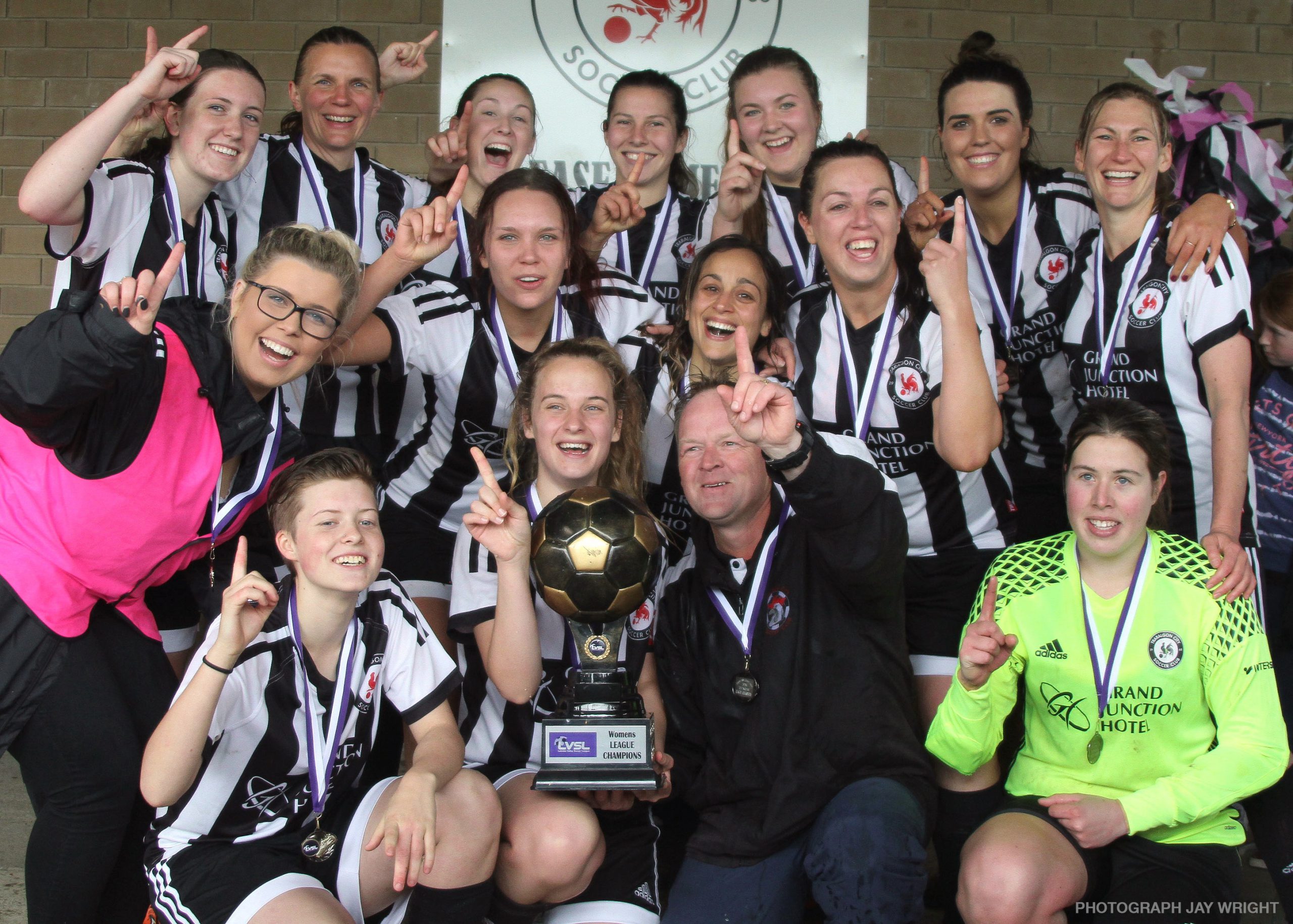 Traralgon City’s senior women’s team is celebrating after claiming the first piece of silverware in the club’s 48-year history.

The Roosters sealed the 2016 Latrobe Valley Soccer League women’s title with a 5-0 win against Sale at Harold Preston Reserve in their round 25 on Sunday, 18 September.

remained scoreless in the first half, before finding the net in the second half with a flurry of goals to take the points and the title.

It caps off a stunning year for the Roosters, which have amassed 21 wins from their 23 games and only lost one.

Coach Duncan Hanlon said his team was “over the moon” following the win.

“It’s excellent for them – the last couple of years we’ve built up and been in finals contention,” Hanlon said.

“We thought we had a good enough side, but Tyers have always been a bogie side to us.”

The only game City lost all season was against Tyers Lightning 4-0 during their 8 May match.

However, it was a different story when the two teams met again at Tyers Recreation Reserve on 14 August when City won 2-1 to displace the Lightning from the top of the table.

“They beat us once, we beat them once, but they lost a couple of games,” Hanlon said.

“For the last six or seven we had to stay on top.”

He said the title victory was the result of a strong team effort.

“We’ve got 16 girls in our team – without all 16 of them putting their own little bit in probably couldn’t have got to where we are now,” Hanlon said.

“Training-wise we get great numbers to training and the girls are very enthusiastic about playing and training.”

The team lost about six players since last year’s effort, when the women’s side played finals for the first time, meaning Hanlon was forced to move some players into new positions.

“The ones that have been moved around have taken those duties with course and gone about it fantastically,” he said.

“We like to play the ball around – we’ve had a lot of people say that they look at our women’s side and see our women play and say ‘wow’.”

Team captain Annie Lietzau said she struggled to find the words to describe how good it felt to win the title.

“We’ve pretty much had our mind to it this season,” Lietzau said.

“We wanted to get something out of this season, so we’ve worked hard all 24 rounds.

“We’ve got new players who have brought new skills to the table and have performed in areas we weren’t performing in until recently.”

City’s next game will be against Fortuna ’60 in the Browne/ Cup final on Friday.

The two sides met on Saturday in the final game of the regular season, where the Roosters triumphed 6-2.