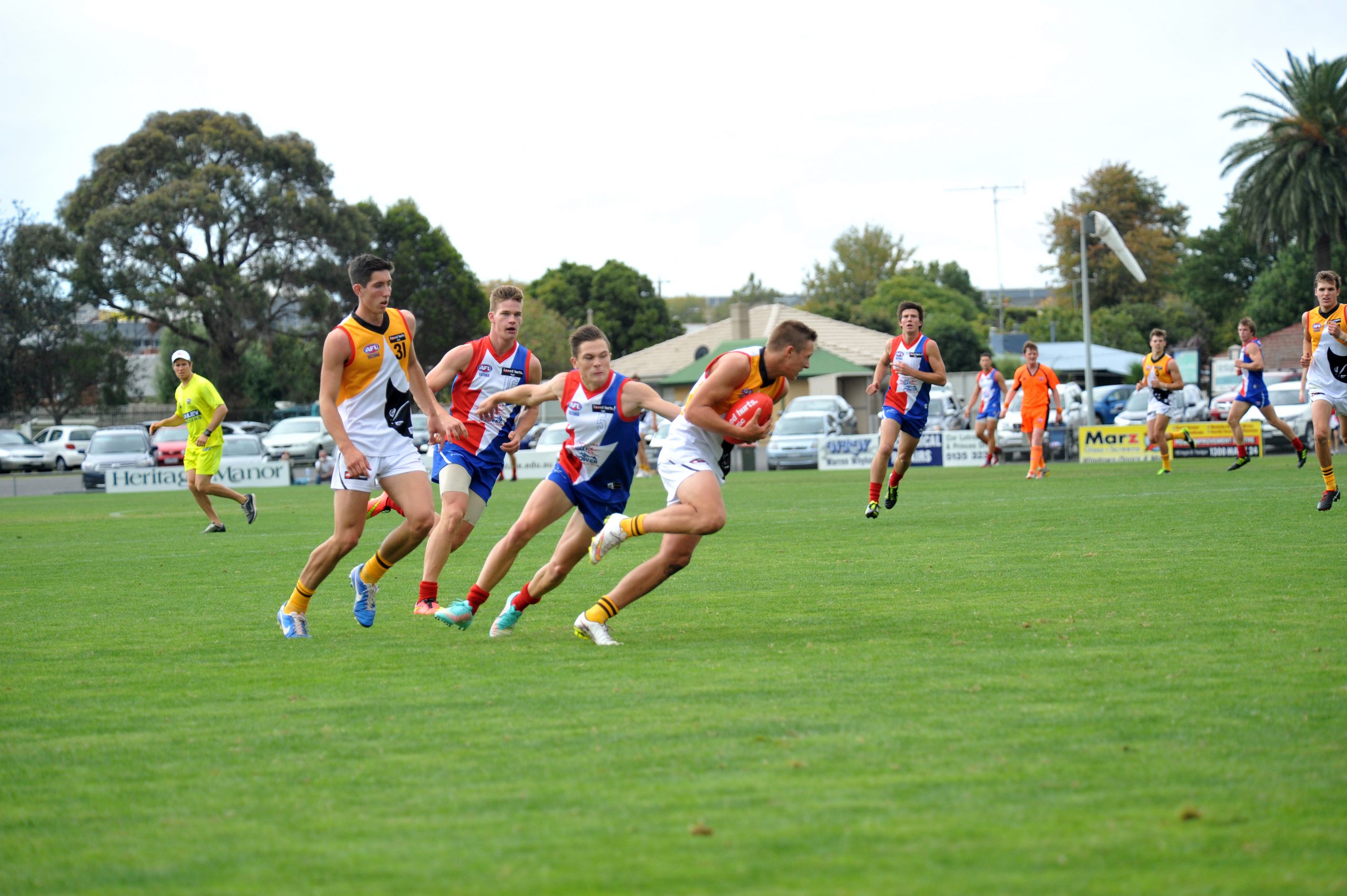 Gippsland Power captain Ben Ainsworth is headed to the Gold Coast after being taken up by the Suns at pick four in Friday’s AFL Draft.

The small forward, who had flown to Sydney for the draft, told Suns TV on Friday night he couldn’t wait to get started with his new team.

“It’s pretty surreal at the moment to be picked with a few of your good mates from the national academy,” Ainsworth said.

“Like I said it’s pretty surreal and I can’t wait to get started.”

The draft caps off a strong finish to the season for the Morwell 18 year-old who fought back from injury and suspension to put in a strong performance at the back end of the season.

He said he was happy to be drafted alongside good mate Will Brodie, who was drafted at pick nine.

“We started at school boys together in under 15s and progressed through to representative footy along with Vic Country as well,” Ainsworth said.

“It’s been I guess a whirlwind experience over the last couple of years, but he’s been really good for my development as a person and a player.”

When asked about his leadership credentials he said it was something he had grown into and hoped to draw on at his new club.

“The leadership didn’t come naturally at the start but I progressed into a pretty good leader at Gippsland Power and hopefully I take it onto bigger and better things,” Ainsworth said. He was clear about his goals for the immediate future – getting picked to represent the Suns in round one next year.

“I think that would be everyone’s goal going into the club, trying to get a guernsey in round one or in the near future,” Ainsworth said.

He said he looked forward to playing football after moving to the Gold Coast “as well as the weather”.