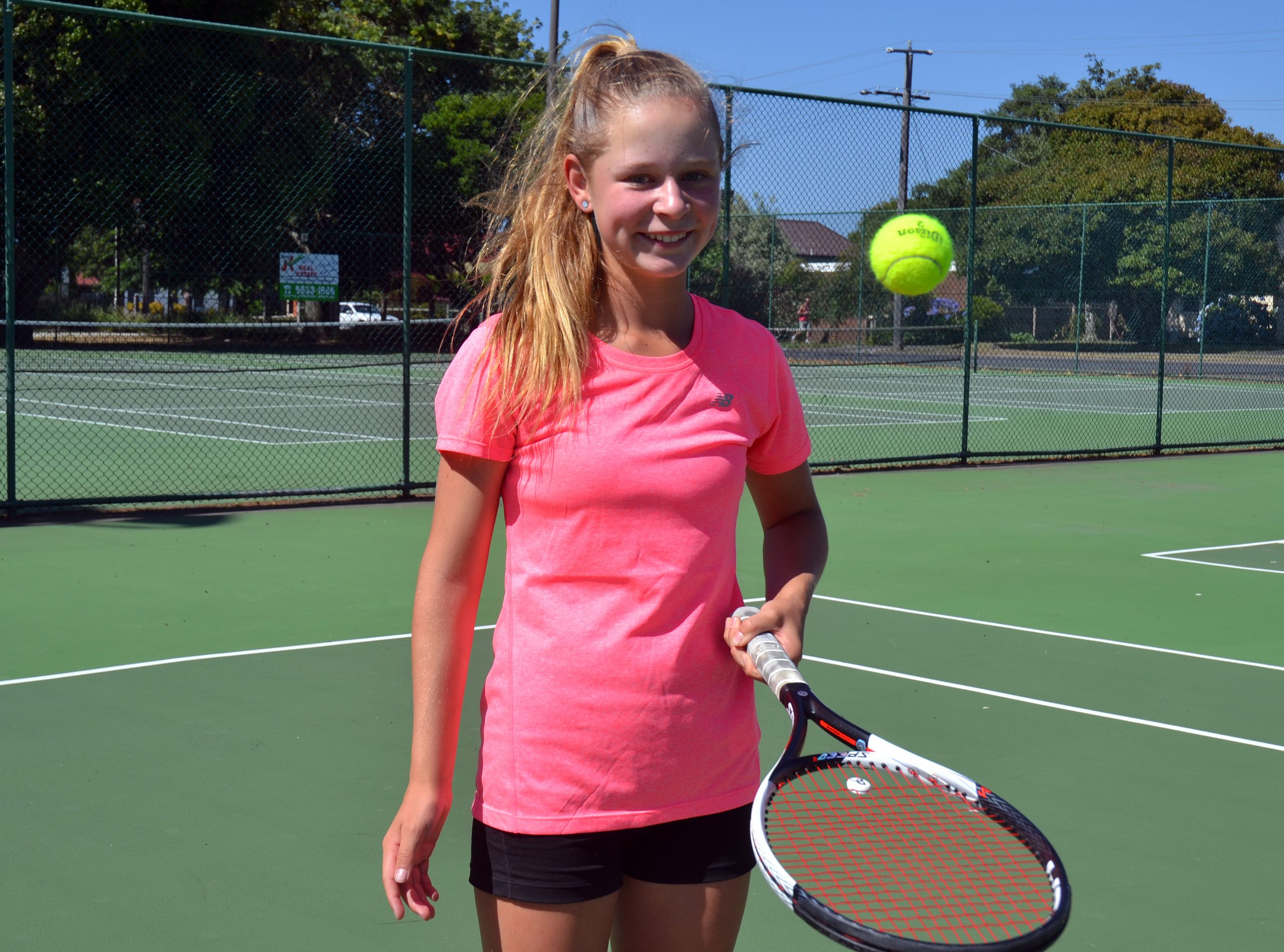 Newborough tennis player Jemma Ashe has had a tournament to remember at this year’s Foundation Cup, with her Victorian team narrowly finishing runner-up to Queensland.

Ashe was the number one player in her team and went through the Adelaide-based competition undefeated in singles, managing to not lose a set.

From 8 to 13 January, the tournament pitted the best 13 and under players in the country against each other and Jemma said she enjoyed having a leadership position in the team.

“I was number one, so I had to support the team and get everyone together,” she said.

During the the state-based teams would play three teams each day in singles, doubles and mixed doubles competition.

The contest also provided an opportunity to make new friends as the did not know her teammates before the competition.

“I’d seen them (my teammates) before (the tournament) but I’d never spoken to all of them,” Jemma said.

“Then towards the we all became really close friends.”

She said she relished the opportunity to go up against her interstate rivals, who she said provided a strong challenge due to their smart approach to the game.

“I found them different to the Victorian players I usually play against. They … had more game plans,” she said.

Jemma has been in strong form in the past few months, achieving a career high Tennis Australia ranking of 509.

She also won the White AMT and White JT under 14 girls singles in December and the Goulburn Valley JT and AMT Championships in Shepparton earlier this month.

Jemma qualified for the Foundation Cup on the back of her performance with the Central Gippsland team which defeated Loddon Campaspe to win the Judy Dalton Cup at Yarrawonga in November.

Last month she was offered a scholarship by the prestigious Kooyong Lawn Tennis Club where she will play this year.