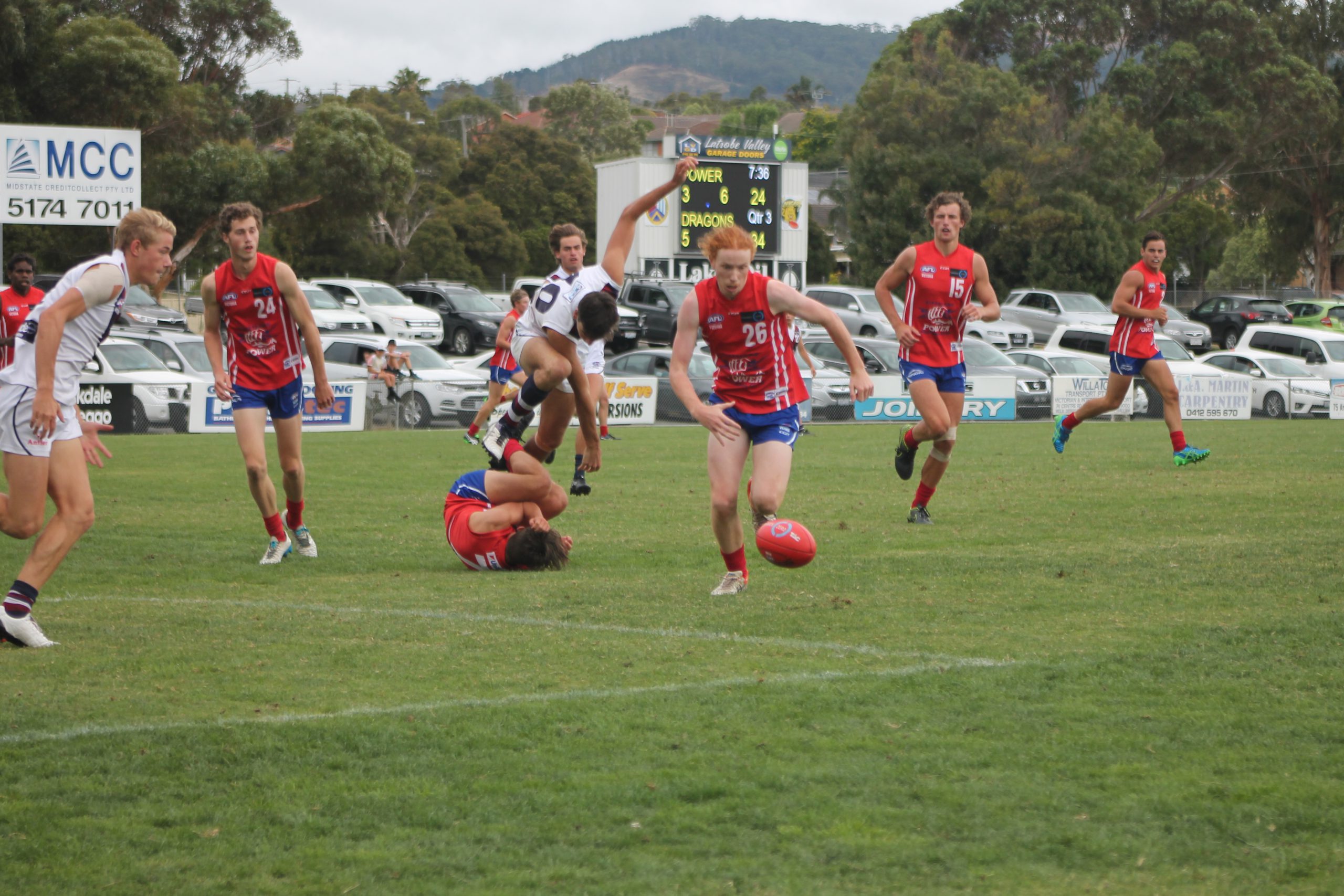 Gippsland Power has lost its first competitive hit out of the year, going down to the Sandringham Dragons 5.6 (36) to 9.7 (61).

In the preseason clash, played in Churchill, the home side took it to the reigning premiers in the first half, only to run out of legs as the game wore on.

“It was good to get it out of the way,” coach Leigh Brown said.

“It went pretty well, some things to work on, some positives.”

With only a 10-point margin in favour of the Dragons going into the second half, Brown was happy with what he saw early.

“I thought our first quarter was really good,” he said.

But as the game wore on the home side’s disposals became less effective and while the team was able to move the ball forward, making it count became harder.

“There was a bit of tiredness, both physically and mentally,” Brown said.

“A lot of the guys are probably playing their most intense game of their career so far, as juniors.”

While it was the first competitive game for the Power, Sandringham already had one under the belt and looked the cleaner team, although failed to capitalise on some chances.

The strong early showing meant the Power wasn’t really out of it until mid-way through the final term.

“Sandy have had a hit out already, so they were certainly ready, and they are always a good opponent and a good challenge this time of year,” Brown said.

With gusty wind and intermittent rain, conditions felt like a mid-season matchup than a late summer trial.

Ultimately the game was good work out for the Power, who came away with no significant injuries.