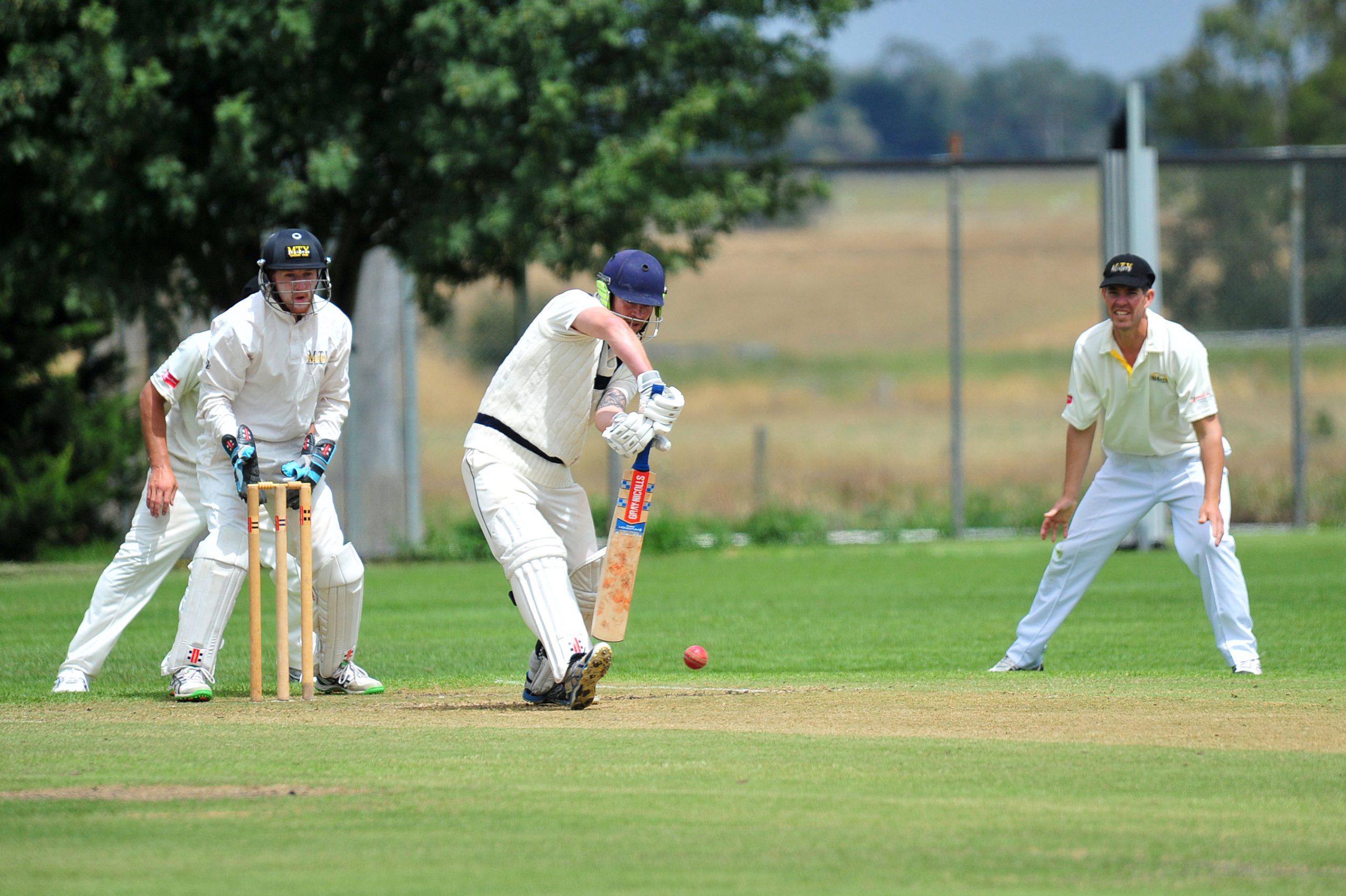 In day two of round 12 in Traralgon and district cricket Rovers and Churchill shared the points while Glengarry put itself into serious premiership calculations after its late season pick up in Kent Hammond paid dividends with an unbeaten century.

The final six seems to be settled unless Rovers drop next week’s game against the winless Traralgon West.

At the top of the table Ex Students is first with 60 points, Toongabbie second on 55, Churchill third with 49, Glengarry fourth on 48, 10 points back are Imperials with 38, and Rovers round out the top six on 33 points.

Raiders sits seventh holding on 30 and equal with eighth-placed CATS.

Glengarry skipper, Sam Marks, made a patient but important 72.

Hammond was in full flight with 101 not out, as his side cruised to victory, finishing the day 7/241.

Sam Dinning was best for Raiders with 3/32.

Churchill tied with Rovers in a thrilling end to this clash.

Justin Little showed great determination with a gutsy 52, with Stefan Sbaglia gettting Rovers to within a whisker with an unbeaten 47 after sharing a 46-run, eighth-wicket partnership with Hayden Willaton (10).

With the scores tied Greg Bramwell missed a straight ball and was adjudged LBW. For Churchill Paul Metlikovec and Steve Warr chalked up three wickets each.

With the home side resuming at 2/67 Ex Students did not miss a beat as Lee Stockdale and Jordy Gilmore passed Gormandale’s total before Gilmore was out for 74.

Stockdale, who was tuning up for the big final month, was unstoppable with a brilliant 126 as he took control of the game and passed 500 runs for the season.

Rob Voss enjoyed the batting practice as he belted a quick fire unbeaten 60 as the Sharks strolled to 315.

Leigh Churchill was best for the Tigers with 3/23.

Resuming at 0/13, Centrals did not turn up to the battle and was dismissed for a paltry 69 by Toongabbie.

Sam Gray was the standout with 24.

In a blistering second innings bat that lasted only 39 overs, Calum Turner was superb with an unbeaten 108, while Jason Veneman made 38.

Imperials took to the crease again and was looking for Daniel Hamilton to score his maiden TDCA century, but fell five runs short, while Brett Chapman made 61 against Traralgon West.

With a lot of overs to bat, Traralgon West needed to stand tough but at 9/73 it was groundhog day.

A last wicket stand of 44 between Ben Edebohls (36 not out) and Reece Falla (25) kept Imperials out in the field for a bit longer than anticipated.

The star for Imperials was veteran off spinner Brad Sizeland with 6/29.