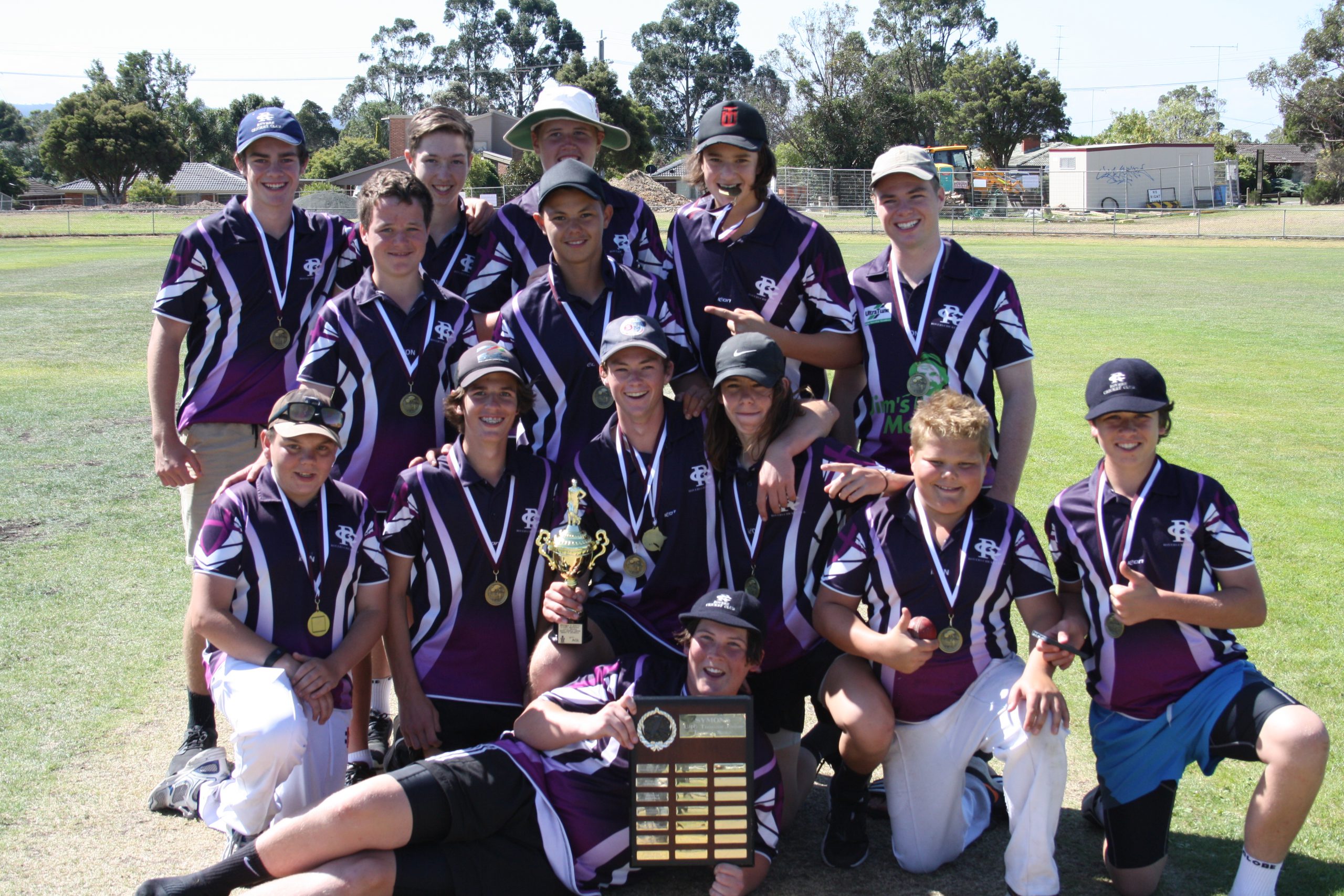 The Traralgon and District Junior Cricket Association under 14 and 16 grand finals were held at the weekend and large crowds witnessed two fantastic games, highlighted by some incredible performances.

In the under 16s Rovers (3/203) defeated Churchill (3/201) in perfect conditions at Stoddart Park and lifted the Brian Symons premiership trophy.

Churchill won the toss and batted first and in an incredible start to the day Joel Mason and Sam Findlay were unstoppable as they posted an opening stand of 153.

First to go was Mason for a superb 108, while Findlay did a great job before he was out for 51.

Ryan Lowrie made 20 not out as Churchill set the chase at 201.

Kaleb Pearce took a total of 2/50 for Rovers.

This brought the in form Ewan Williams to the crease to join Tyler Pearce.

These two were in great touch as they added 146 before Pearce was out for 52.

Williams played shots to all parts of the oval, posting a game-winning 124 not out and locked in the man of the match award.

Liam Little was the standout knocking a brilliant 81 not out, while Darion Duncan was fantastic with a well-made 43.

Traralgon West did everything it could and played a great game but ultimately just went down by 18 runs.

Campbell Peavey was in super touch with a well-made 54 not out and was well supported by Oliver Turnbull who was in good touch making 48.