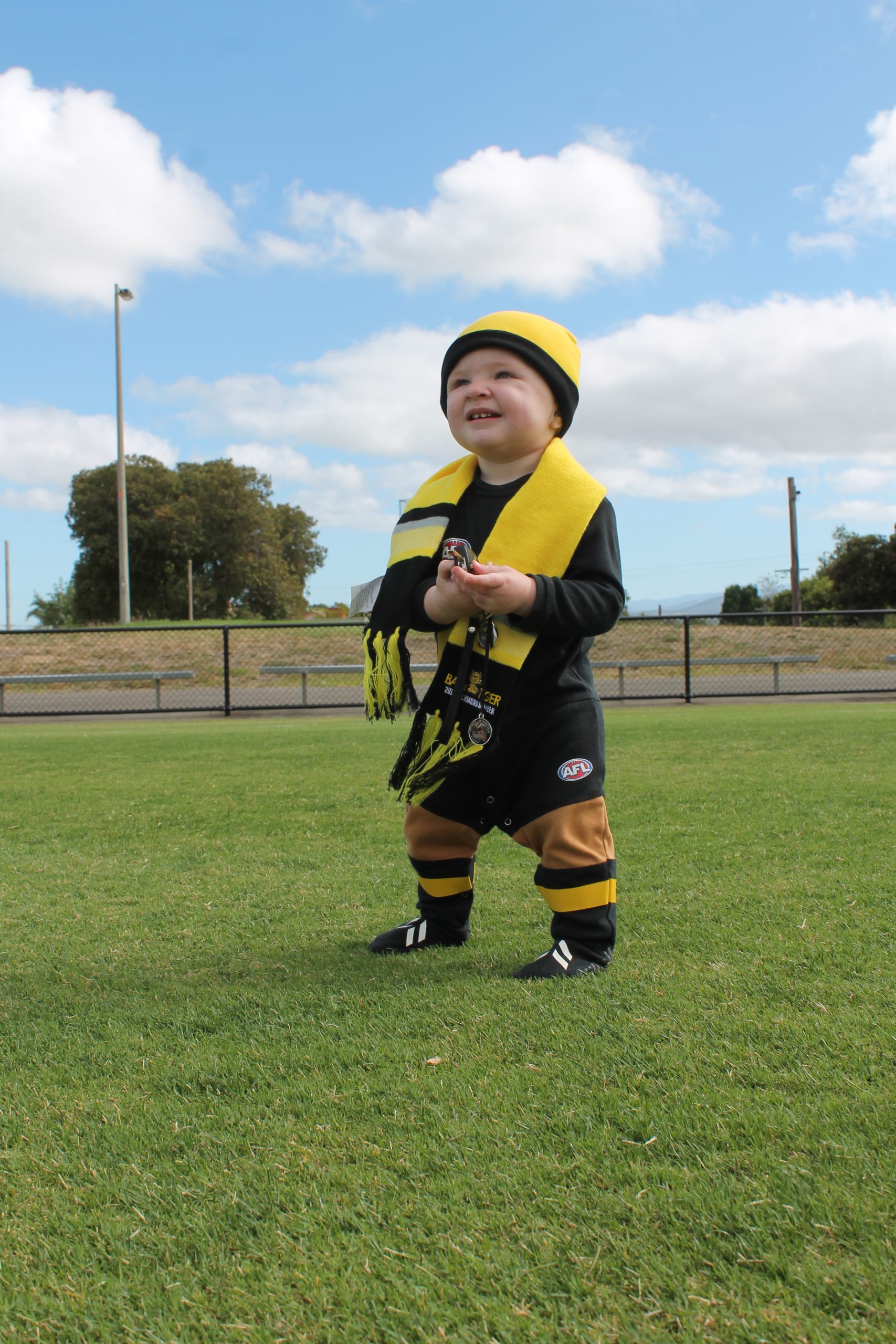 Scarves , jerseys and flags are ready in preparation for the JLT Series clash between Collingwood and Richmond at Ted Summerton Reserve in Moe on Saturday.

The top-flight matchup in the AFL’s preseason competition has locals licking their lips in anticipation for many reasons.

Lifelong, and diehard, Collingwood supporter and Moe resident Sue Broadbent said she’ll be walking to the game after work, the first time she’s ever been able to get to an AFL match that way.

“It’s hard to get to AFL games having a business and working, you just never get to them, so this is amazing” Ms Broadbent said.

“It’s great for Moe. People can see how good our facility is, and how much money’s been spent and that it’s all worthwhile.”

“I don’t care who wins, just the fact we got the game here in our town is great.”

The Tiger army is also pumped for the game.

“It’s fantastic to be able see one (an AFL game) on our own front doorsteps, instead of having to travel all the way to Melbourne,” Donoghue said.

“The ground looks perfect, the facilities are fantastic and it’s great for the Valley community.”

The match, and associated events including the Before the Game night at the Moe RSL and skills clinic for children, are expected to be a boon for Moe.

While it’s not the first time the Valley’s hosted an AFL game, it is Moe’s first crack at the big league.

Latrobe City Council has been also working hard to bring the game to fruition since before it was announced last year.

“Latrobe City has been building on its reputation as the go-to venue for regional events in the state,” Mayor Kellie O’Callaghan said.

“With a top-level AFL game returning to our region we can boast proven infrastructure in having two grounds prepared to AFL standards.

“This puts us in a great position to attract future visitations from clubs.”

Cr O’Callaghan also said organisers were expecting a big crowd for the game.

“The last match that we hosted was in 2015 in Morwell with two AFL teams, Essendon and St Kilda, drew crowds in excess of 8000,” she said.

“Ticket sales… have been really positive and, based on other events of its kind, the game is expected to draw a crowd of about 10,000 people.”

But it’s not just the fans and organisers who are keyed up for the game.

The clubs are also keen to get on the track in Moe.

“We’re excited to play in front of our regional fans on their local ground, we know we have a lot of supporters in the Latrobe Valley and Gippsland region who may not get the opportunity to watch us play live during the home-and-away season,” Richmond general manager Neil Balme said.

“We hope to see a big turnout of fans and members at the game, and we hope they enjoy seeing their favourite players running around.”

How to get there: There will be shuttle buses running from Moe Station to the ground.

Parking: There is no public parking at the ground. Parking will be available at Apex Park, Waterloo Road, Joe Tabuteau Reserve and the Moe central business district.

Parking for people with a disability: On Worth Crescent. Access via Barwick Place and South Street. Drivers will be required to provide identification for disabled parking to traffic controllers on match day to gain access. Spaces limited.

Tow away zones: South Street will be a tow away zone from 9am to 4pm.

Road closures: Vale Street from Wirraway Street to Kingsford Street, Bealiba Road, Barwick Place and Worth Crescent will all be closed to traffic from 10am to 4pm.

Other information: Organisers have advised that the game is fully catered, including alcohol and there will be no BYO.

Here’s your chance to meet the stars of Saturday’s JLT Community series before they take to the ground.

Steve Morris and Jack Graham from Richmond will be there signing autographs, posing for photos and answering questions, as will players from Collingwood’s AFL and AFLW squads including Meg Hutchins and Penny Cula-Reid.

To celebrate the JLT Community Series, JLT and the AFL are asking fans to represent their community by wearing their local junior or senior team’s colours in the crowd.

Come to a #JLTseries game wearing your local footy team’s jumper or apparel, share a pic on Instagram with the hashtag #JLTseries and you could win a JLT community club training pack for your local club and a money-can’t buy AFL experience for you and three of your friends.

Whether you’re from Newborough Junior Football Club or Moe FNC, don your gear and share it with the world.