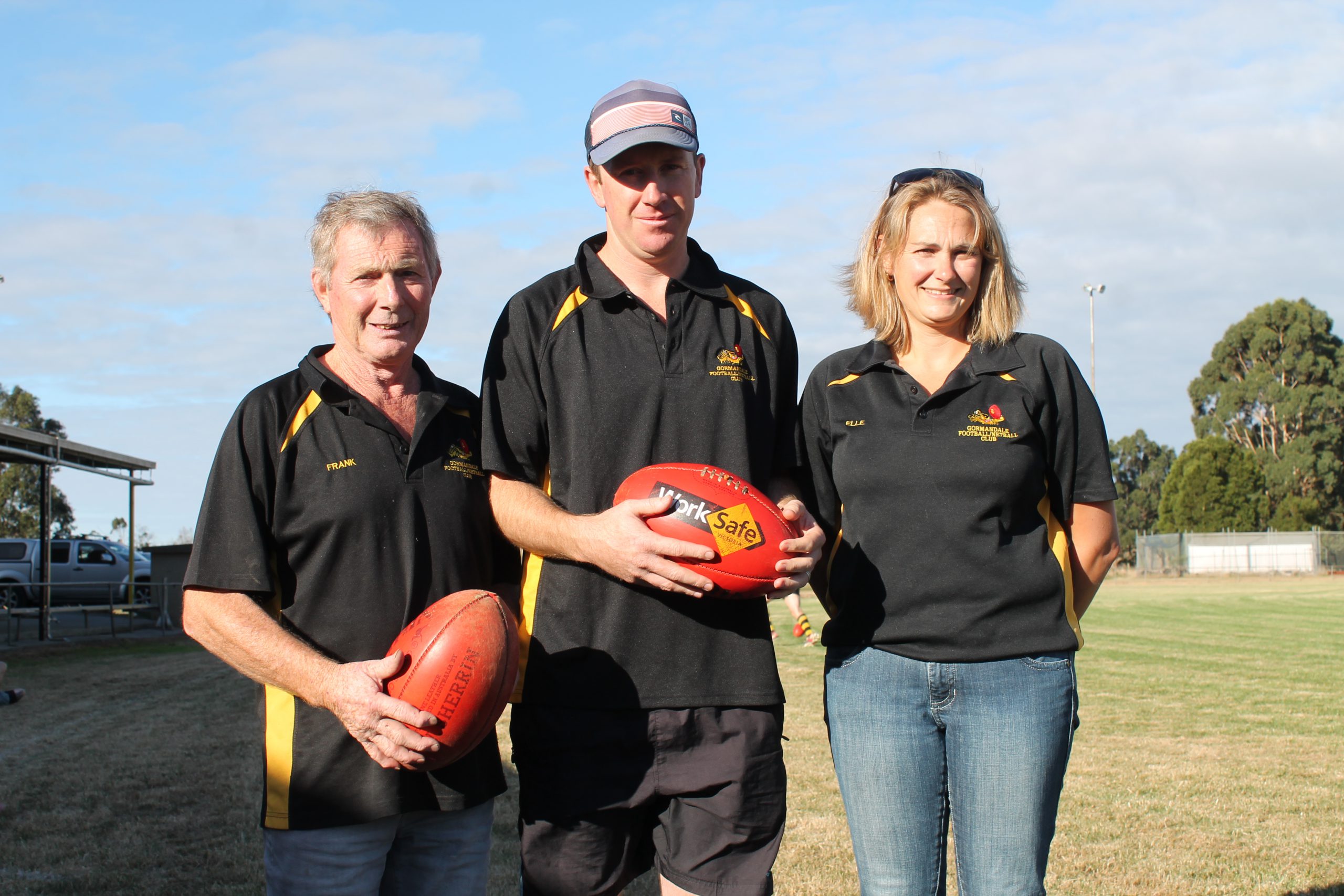 Less than a month ago it was looking a bit dire at the Gormandale Football Netball Club.

About 25 players were attending preseason football training and management was worried it was not going to be able to field a seniors team, let alone reserves and thirds.

Fast-forward a few weeks and the club’s supporters have pulled together, helped by AFL Gippsland and the North Gippsland FNL administration, and things are looking up.

“We need to restructure and get ourselves back on track,” president Frank Venturoni said.

“We didn’t have the numbers and we asked for help from people and we got a lot of support.”

The wider community was made aware of the issues at Gormandale after management sent a call to arms across the district.

It asked people keen to help to attend a meeting at the club rooms where management, supporters and the game’s administrators fleshed out some issues facing the club.

About 50 people attended the meeting, keen to see what they could do to help.

One of the key outcomes was replacing the coach by mutual agreement, with the help of AFL Gippsland.

“They went and discussed the possibility of a new coach with the (then) current coach and he was all for it if it could help the club,” Hazelman said.

That resulted in Hazelman’s appointment.

He had a stint with the Tigers nine years-ago and then went on to helm Traralgon Football Netball Club and Gippsland League’s interleague side.

The league administrators and the local governing body’s involvement was welcomed by Venturoni.

He said all parties had the Tigers’ best interests in mind.

“They are 100 per cent behind us, and so is AFL Gippsland, and so are the other teams in the North Gippy league,” Venturoni said.

“They have been supportive right from the start,” added club secretary Ellen Sykes.

While senior numbers are back to a level where the club can field two sides, the under 18s are still a work in progress.

Currently, the club has half the players required to get a side on the park.

With the aim of improving participation, management has developed a package to entice thirds to the club.

It includes the free provision of uniforms, a $100 voucher for boots, free transport to games and training and a free feed after Thursday practice.

“With no thirds kids coming through, we start losing a few players and we’re chasing our tails,” Hazelman said.

“If we can build that thirds team up, look after the players we have and recruit a few in, I’m sure things will get back on track.”

The Tigers can make the kind of offer because of financial stability.

While the numbers on the track are low, Venturoni said the coffers are not.

“We’re still turning over pretty good money, it’s just we were down in the football department,” he said.

The team may not sweep the league, but Hazelman is aiming to be competitive and keep players motivated.

“I’m certainly not here to change things in five minutes,” he said.

“Wether we win one or 18 games, we’re just here to try and make them as competitive as they can and try and enjoy their footy.”