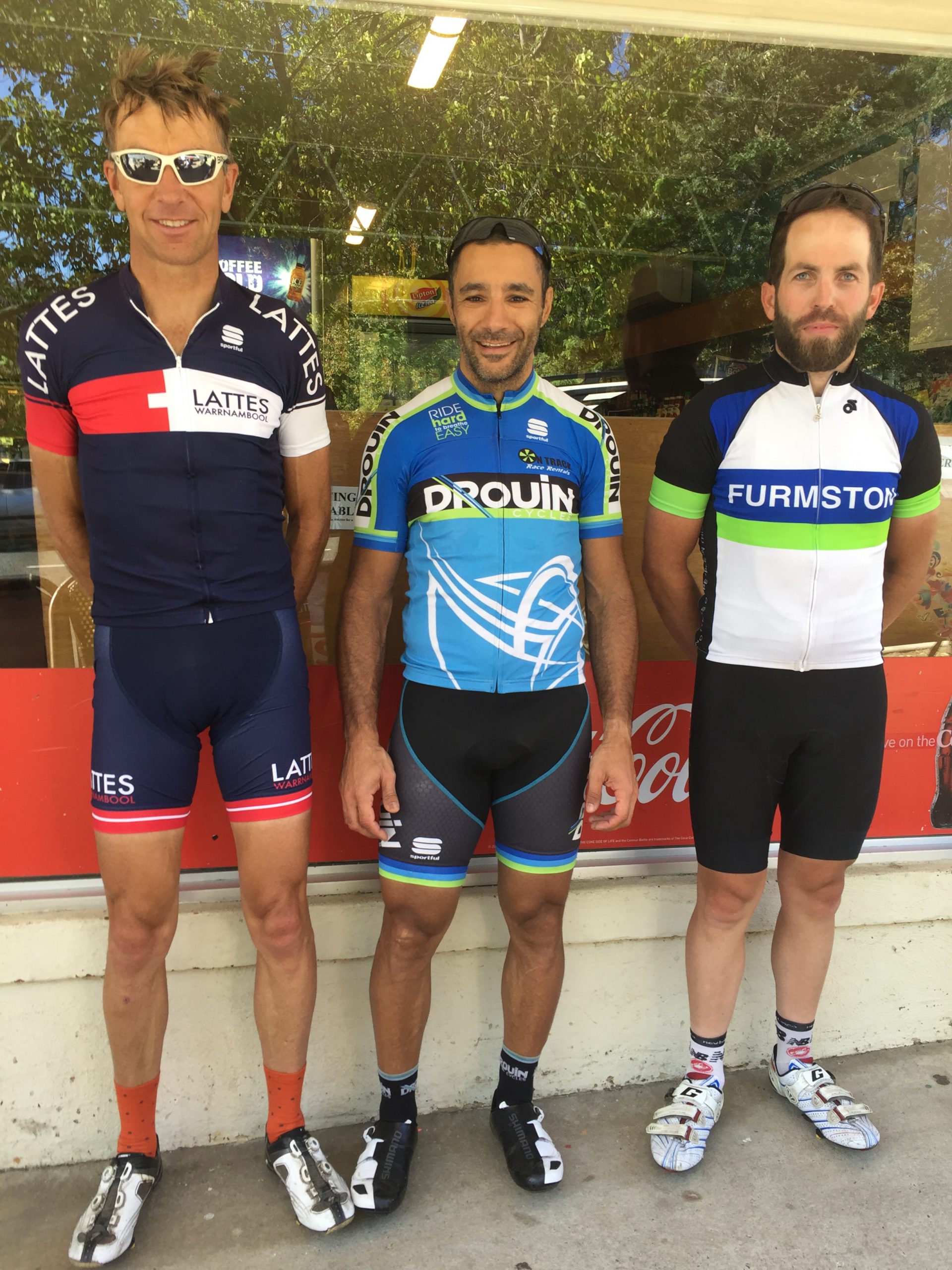 It was four-in-a-row for Danny Gafa in the road race while Jim Timmer-Arends claimed his ninth title against the clock.

The time trial was raced over 40 kilometres on the 10km Yinnar circuit at the start of March in tough windy conditions.

Timmer-Arends was the hot favourite due to his recent excellent form against the clock, with reigning champ Gafa looking like his main contender.

And it proved to be the case as Matt Larkin and Paul Collins were both reeled in on the first lap by the favourites.

Gafa was also able to take 10 seconds out of Timmer-Arends.

Collins then eliminated the 30 second start interval on Larkin and was looking good in what would end up being the race for third.

On the second and third laps Timmer-Arends got into his rhythm and edged away from Gafa who was starting to tire, creating a comfortable 37-second lead.

Gafa, who finished on 58 minutes, 22 seconds, put his fastest lap on the final circuit in a last ditch effort to take the win but it was not enough as Timmer-Arends held for victory by 27 seconds, coming in at 57.55.

Collins came in third (1 hour, 4 minutes, five seconds) in a good effort on his road bike with Larkin finishing in fourth (1.06.48).

Just over two weeks later and competitors were back at it in the club’s road race titles.

It wasn’t long before Timmer-Arends picked up the pace on the first climb and tested everyone’s legs.

Chris Joustra and Colin Aitkin tried in vein to get away but with the windy conditions it was always going to be a difficult task going so early in the race.

Half way up the hill the road headed east onto Boolarra South-Mirboo North Road and this is where Daniel Furmston saw his opportunity to up the ante and try and reduce the field.

Nearing the top with a few riders dangling off the back, Gafa attacked into the strong crosswind and Darren Spiteri, Jason Strickland and Dwayne Weston were distanced.

The pace was maintained on the descent into Boolarra and Joustra and Aitkin again jumped off the front to get a head start up the climb.

The reduced bunch maintained the gap and slowly brought them back and all were together as the riders hit the wind again.

Furmston sensed another opportunity and launched a withering attack putting it in the gutter and leaving no shelter from the wind.

This put paid to Aitkin and Timmer-Arends and Skinner were also dangling off the back.

Furmston, Gafa and Joustra started working together and soon opened up a sizeable distance, however the time trial champ Timmer-Arends was not to be denied and reduced the gap only for Skinner to jump across and leave him isolated.

When Skinner arrived back at the front, Gafa put in a couple of attacks to try and drop him again before the decent but to no avail.

The four cruised down the decent and Timmer-Arends was able to re-join the front.

As the bunch left Boolarra for the final time, and with only the climb to the finish remaining, Joustra put in one last effort to get away and managed to open up a sizeable gap.

With Gafa, Furmston and Skinner rolling turns the gap was maintained and it wasn’t until another Furmston attack at the start of the crosswind that Joustra was brought back and in the process again, distancing Skinner and Timmer-Arends.

This time the three out front opened up the gap on the riders behind and held it until in sight of the finish where Gafa and Furmston began to jostle for prime position.

With 200m from the finish, Gafa jumped and soon gapped a tiring Furmston who also added distance to Joustra for a finish in that order.

Skinner crossed shortly after for fourth followed by Timmer-Arendsin fifth.