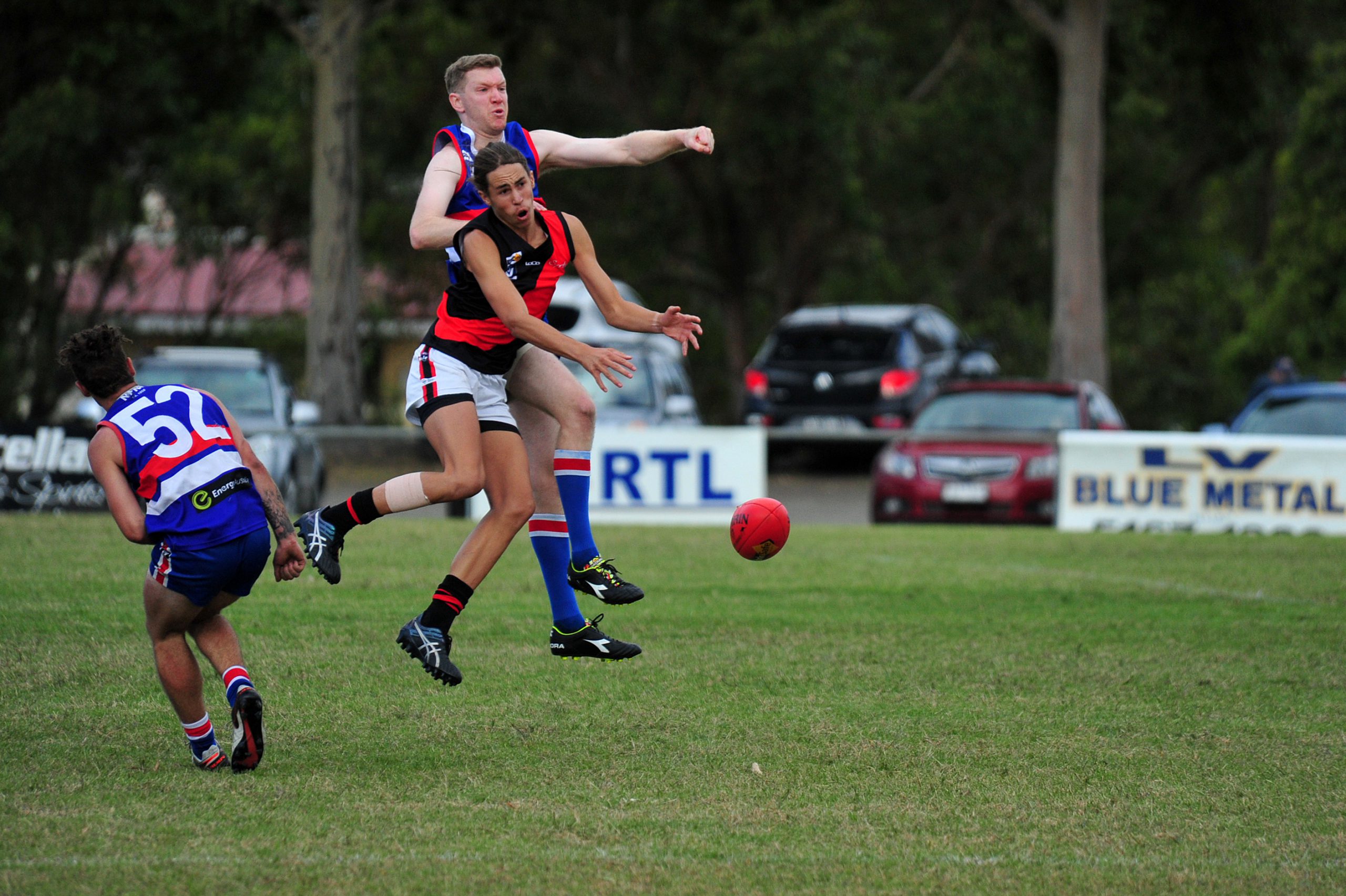 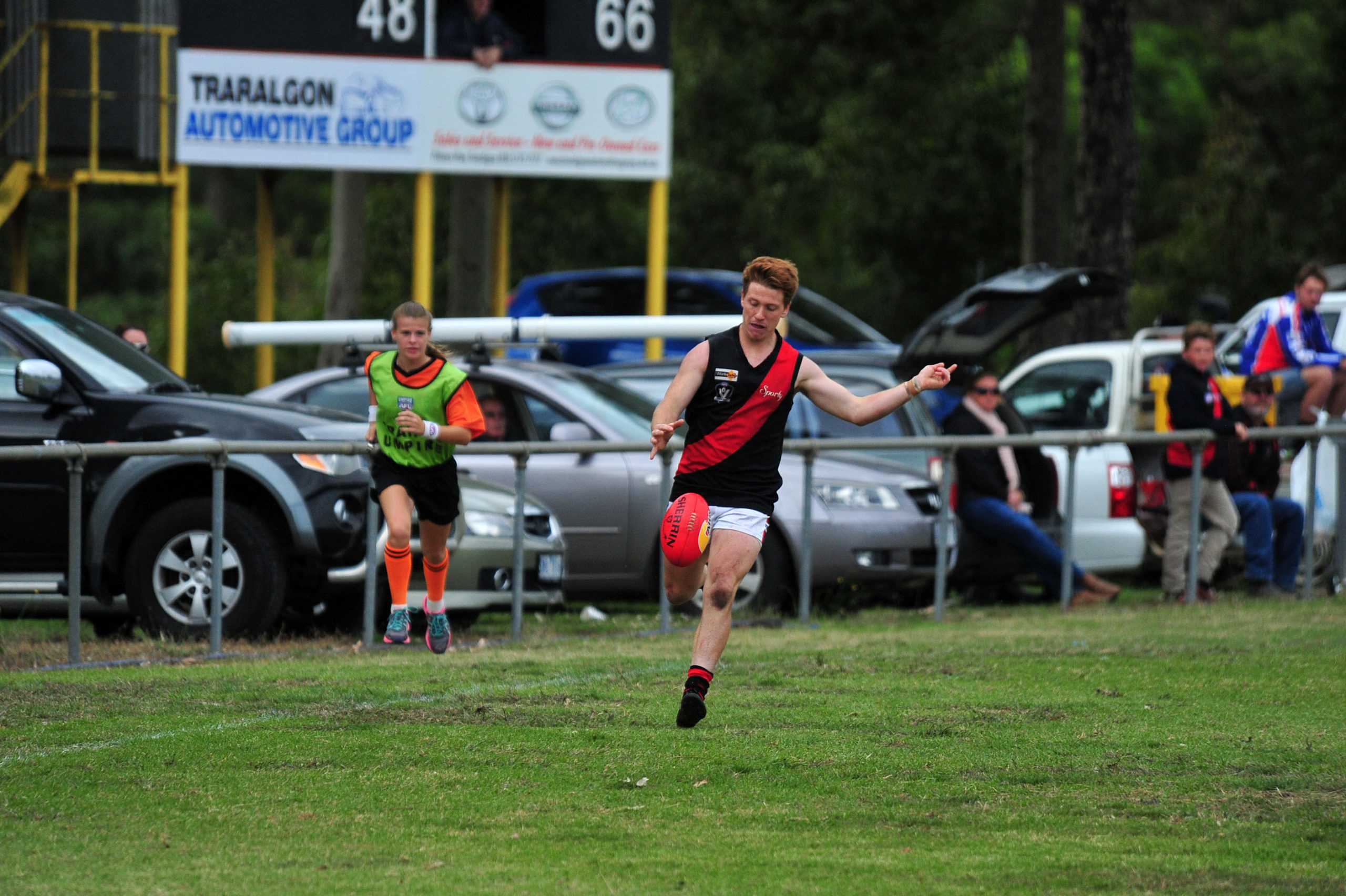 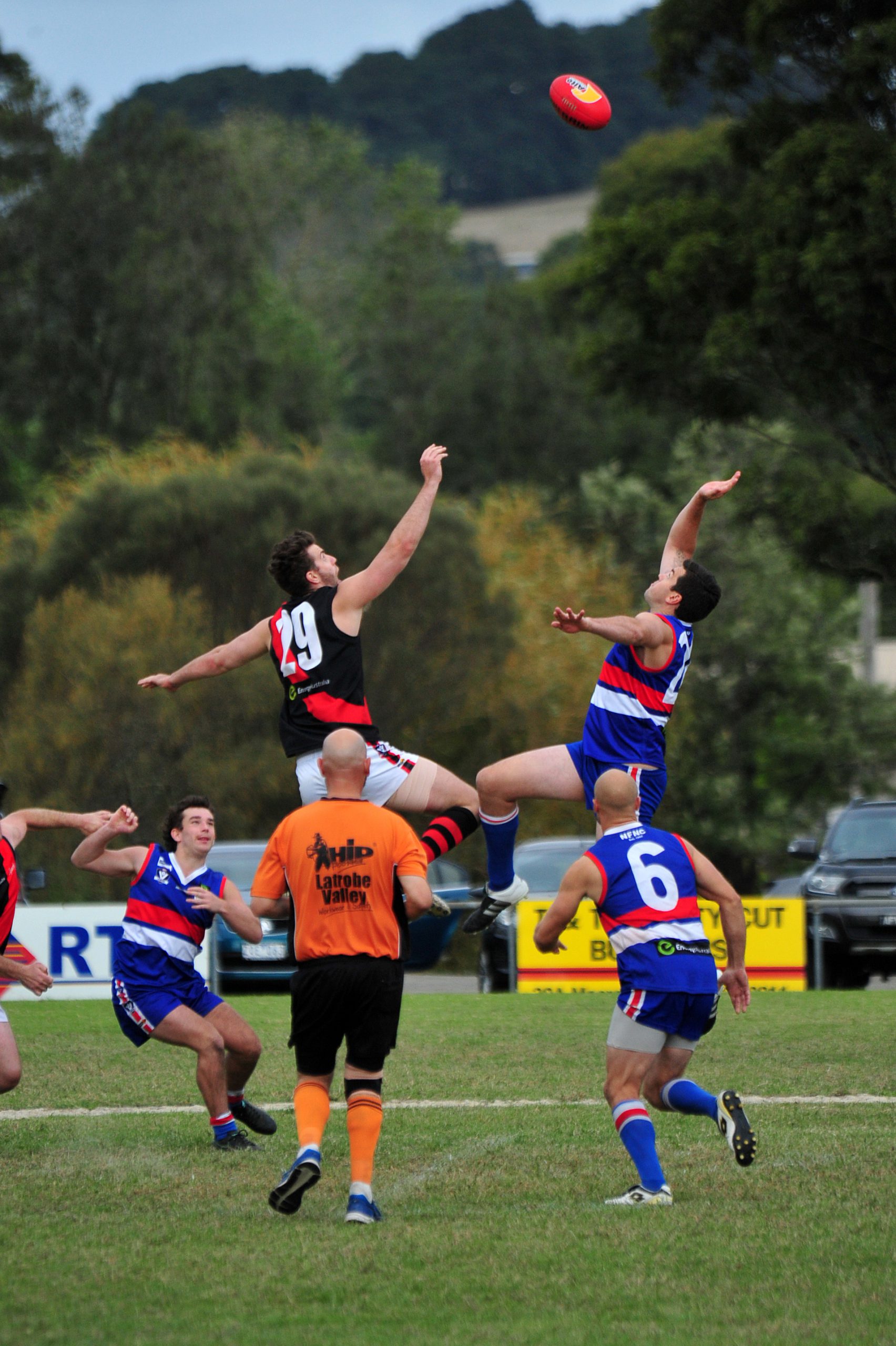 The Bombers went into the last-term 18 points up but burned their lead to a resurgent Bulldogs.

Newborough coach Dean Caldow was delighted with his team’s performance, particularly in the last quarter.

“It’s always good to get the first game under your belt so you can see where you are at with the players,” Caldow said.

“Yallourn Yallourn North played a fabulous game and made us work hard for the win but I was pleased that the changes I made in the last quarter paid off and the boys came out on top.”

After the traditional raising of Newborough’s 2016 flag the Bombers started off with pace, getting some great clearances from the centre.

The Bulldogs struggled at times to find their rhythm.

Dean Macdonald, Thomas Hutton and Anthony Luck were the standout players in the first for YYN, a quarter that ended up with the Bombers out scoring the Bulldogs by two goals.

It looked like Newborough used the first quarter as a bit of a warm up, coming out in the second hungry for the ball and making the most of its opportunities, scoring four goals with Joshua Hecker slotting a couple.

The game was turned on its head during the third quarter as YYN took clearances from the centre assisted by some great work from Lachlan Little and kicking six goals.

It looked like the Bombers had the game in the bag during the first 10 minutes of the fourth quarter, coming out strong and with pace, scoring the first goal and missing two great opportunities.

It was then the Bulldogs made their changes.

Young Anthony Rosato moved up front and scored two great goals and Luke Mulqueen kicked a ripper from more than 70 yards out.

Ultimately, the Bulldogs seemed to have more left in the tank and took advantage of every opportunity they were presented with, scoring seven goals in the final-period and getting the 19-point victory.

“I’m pretty happy with how we started off, we had some great leg speed and there are a lot of positives coming out of today,” Bailey said.

“Tom Hutton played a vital role for us and our young guys played well.

“A few opportunities going forward didn’t really go our way but we’ll work on that.”

THE Panthers were able to ride their new ground euphoria for about a quarter of football against the Bloods before it all began to fall apart.

Going into the first break, Yarragon was down by 15 points, and the side only managed another eight points for the rest of the game.

Trafalgar was dominant pretty much all day continuing to post solid quarter-by-quarter results.

HILL End went super close against the Hawks, leading at every change, apart from the one that counted.

That meant Morwell East chased all day, only getting the job done when the team finally came together and all the preseason fitness work paid off.

Morwell East’s effort wasn’t helped by Hill End’s aggressive pressure on the ball, resulting in turnovers and scoring opportunities for the visitors.

But that all changed in the last quarter as things started to go the Hawks’ way.

They got better centre clearances and forward movement as ruckman Andrew Brown and on-baller Brandon Francis started to find their stride.

IT was a tight tussle between the Tigers and the Blues with Thorpdale scoring a rare win against its Strzelecki rival by five points, 7.15 (57) to 8.4 (52).

Hit by injuries and other outs, it was a youthful team of Tiger cubs that took the fight right up to the visitors, leading at the long break by a point.

But as it did in the first, Thorpdale kicked ahead in the second-half going into the final quarter up by six, a margin it would roughly stay at by the end.

The game was the first time Thorpdale was able to get their full squad together and it took sometime to gel.

If the Blues were able to kick more accurately the final result could have been a blow out with their backline notably strong.

Recent thirds upgrade for the Blues, Matt Powell, was noticeable at centre half-back sticking every mark and providing a much needed anchor.

IT seems preseason machinations have not paid off for the Demons, thoroughly beaten on their short road trip up Monash Way.

Boolarra was never in it, down by almost 50 points against Yinnar at the first break.

The Magpies went on to sink the boots in, eventually blowing the lead out to more than 100 points.

The Dees had a resurgence of sorts in the last, playing their best quarter of footy and kicking their only two goals for the day once the win was totally out of reach.

Sam Mills had three for the Magpies in a game where the victors shared goal kicking duties across the park.