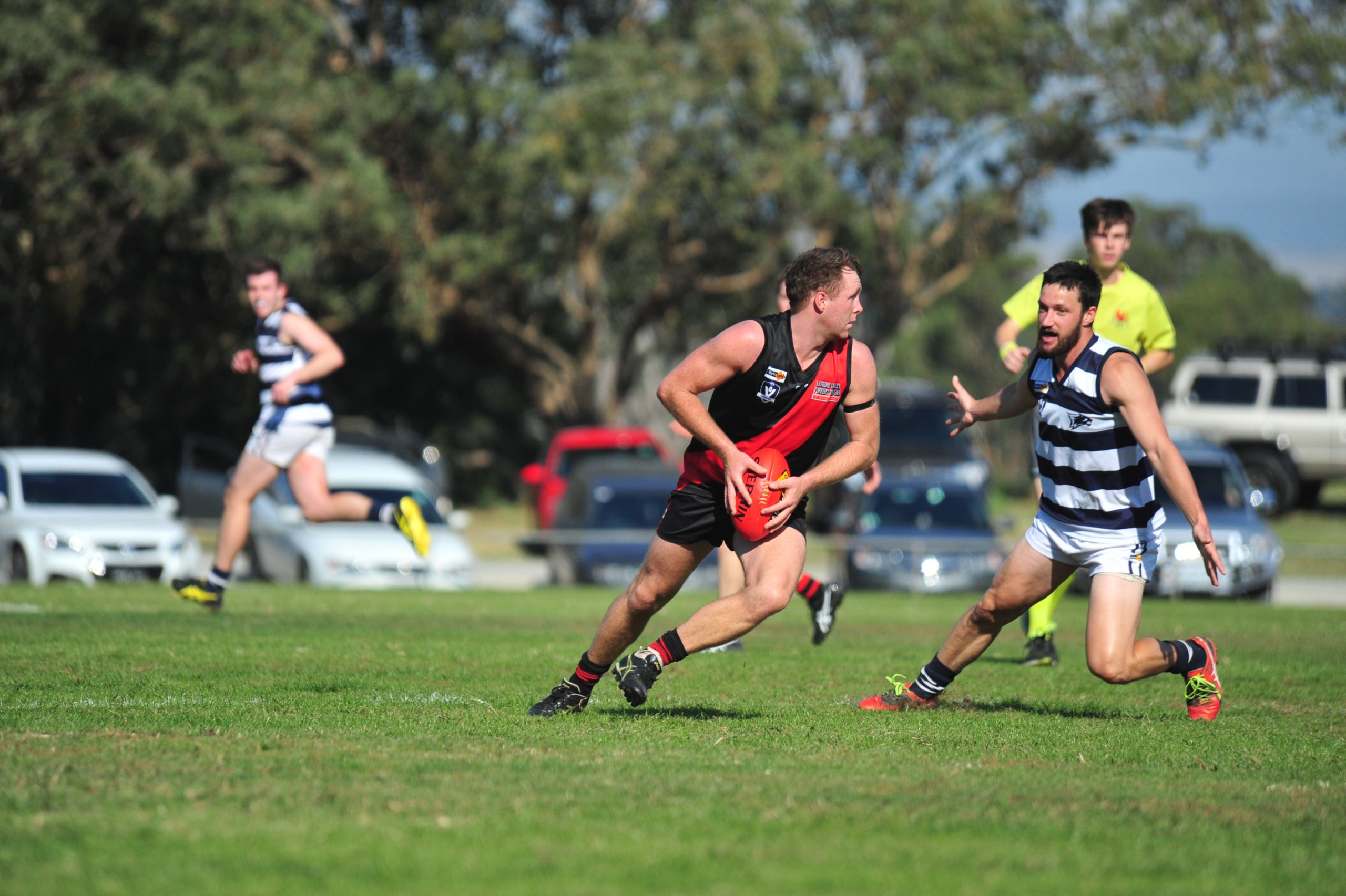 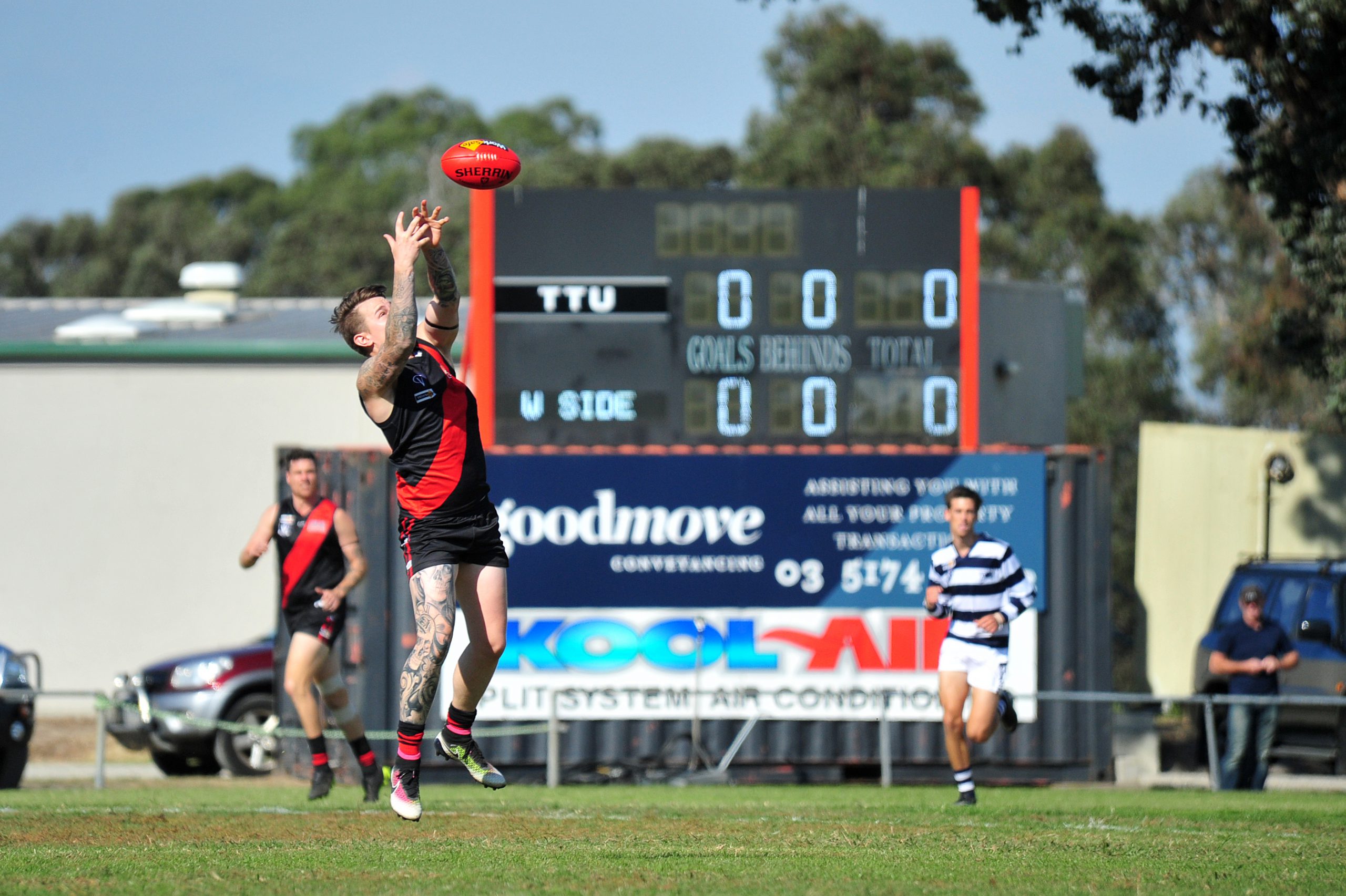 Despite winning the first quarter Traralgon Tyers United was unable to repeat the effort in the next three, going down at home to Woodside 12.10 (82) to 6.7 (43).

The Bombers held the Wildcats to a single point in the first 25 minutes, but did not really capitalise, only able to better the visitors by a goal and a point.

That’s where the positives seemed to end for TTU, outscored from then on.

Matthew Albanese and Mason Shields each had two in the losing effort as the Wildcats’ Daniel Missen and Todd Bryant went one better with three apiece.

CHURCHILL’s solid start to the season hit a roadblock at home in the form of Sale City.

The Bulldogs put four quarters of competitive football into the Cougars and saw a big return in three of them.

Churchill had a lacklustre start, registering a goal and three points by the first break in comparison to Sale’s five and two.

Mounting a comeback of sorts in the second, the Cougars had a decent quarter, but so did Sale, matching the effort.

The Bulldogs kicked again in the second-half of the game, blowing the lead out to 31 points at the final break.

With 13 behinds, the final margin could have been a lot worse.

With just two points in it at the end of the first, Yarram did the damage after the break, kicking six goals, six points to the host’s one and one.

The Roos pushed back in the third, outscoring Yarram by seven points.

But the comeback was not to be as the Demons lifted again, slotting home another five majors in the final-period.

Another tough day at the office is the best way to describe Gormandale’s sortie north to Glengarry on Sunday.

The Magpies were looking to bounce back after last week’s loss to Churchill and unfortunately for the Tigers, they were in the firing line.

Thankfully Gormandale were able to limit the damage to 31 points by the end of the first.

But that’s where most of the positives for the visitors ended as the Pies kicked hard in the second, very hard, slotting home eight goals and stretching their lead to a massive 72 points.

From there it became a question of how big the win would be.

Glengarry will take away the percentage and morale boost and not a lot else from the game while the Tigers should be able to build on a comparatively decent first-quarter performance.

Josh King bagged nine for the Pies, which takes his season tally to 12 in two games. Perhaps not a sustainable output but if he can keep a six-goal a game average up all season it’ll be enough to crack the tonne.

Alistair Jenkin was named among the best for the struggling Tigers.

It was a tight match between Rosedale and Cowwarr with eight points in the Saints’ favour separating the sides after the final siren sounded.

A low scoring first quarter saw the visitors up by eight, but then they kicked away in the second, adding 23 points to Rosedale’s one.

Unwilling to lie down and die, the Blues fought back with a vengeance in the third to tie the game 46 all at the last change.

The low scoring continued with only three goals between the sides in the final period, but Cowwarr just had a little bit extra, taking the game 8.13 (61) to 7.11 (53) on a day when inaccuracy at goal was the real winner.