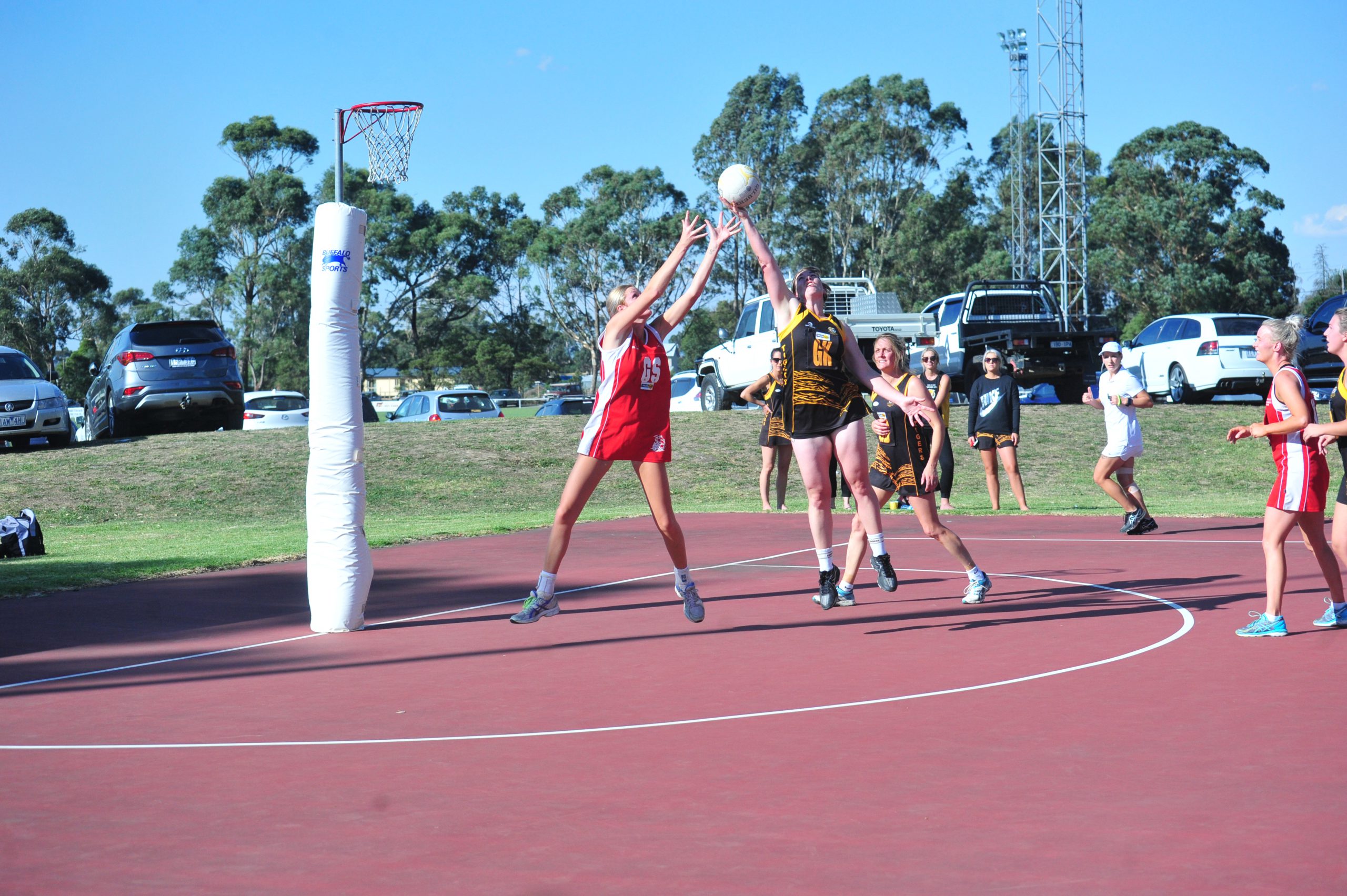 It was a close tussle between Trafalgar and Mirboo North A graders.

Traf got a thin lead early and worked hard all game to defend it, but never getting away by more than two or three goals.

Unwilling to get run over, Mirboo North fought hard all day, taking the lead couple of times by a goal only to have the hosts snatch it back.

It was truly up-and-back netball with neither side flinching under pressure.

In the fourth period the Tigresses’ gave Traf a scare but the home side dug deep for an historic win over a team that’s had the better of them for most of the last decade. Ella McDonald for Trafalgar was best on court and Erika Mason tuned in a big second-half

Trafalgar 36 defeated 34 Mirboo North on a day when five of the club’s six netball teams came away with a victory. The win sets up an enticing fixture at home against the reigning A grade champs, Thorpdale, in two weeks.

After sitting out last week with the bye, Yinnar came into the game still testing out players and working on their final list.

The Magpies had a strong first quarter, only to see Hill End push back with force in the second and level the game at 21 all at the long break.

Close for the rest of the game Yinnar shook up its lines in the final quarter looking to spark something.

And it worked, pretty much, as they netted a few and were able to stretch the margin to five goals at the death, winning 40 to 35. Despite being 0-2, the Hill Women will have to be happy with their performance, rebounding from a drubbing in the previous week and pushing a highly rated side all the way.

Yinnar were lucky to come a way with the win as they use the full six weeks to get their team sorted.

The Magpies’ Eliza Monacalla played the role of rock deep in the back while coach Halie McColl was happy with prospects Sophie Lecchino and Tayla Cheffer who doubled up, playing under 17 and then A grade.

Morwell East look powerful, even if its yet to be truly tested.

Saturday’s 55-37 win against Yallourn Yallourn North confirmed they are the form side in early going, currently sitting top of the table and holding a plus 53 goal differential.

Their 35 goal win the previous week was no anomaly. This round put down a YYN side that lost by the same margin seven days before.

The hot conditions tested both sides and Yallourn aren’t the team they were last time these two sides met, improving considerably. Despite missing gun utility Jess Murphy, the Hawks were able to pile on the points and the resulting lead enabled the team to try out new combos for the season ahead.

Morwell East’s first really big test of the season comes next round with a top of the table clash at home against Newborough.

Despite winning the first-quarter, Thorpdale never looked in control and felt pressure through the game.

Level on the score board by half-time, Newborough skipped away from the reigning premiers for a morale boosting win.

Newborough’s defenders forced a lot of turnovers all game but when the ball got forward early shooters had issues with accuracy.

That was until the third-quarter when the ball started to drop though the ring.

The resulting inspiration focused players and things just started to click all over the court for the Bulldogs.

Newborough coach Greta Douch said the win was a team effort with all players giving 100 per cent from start to finish. It wasn’t a great game for a Blues squad affected by injury, but there were glimpses of quality play.

They will go into the Easter break with some work to do, especially on gelling new combinations and will get a good yard-stick of where they are when they meet Trafalgar on Sunday, 23 April.

Yarragon had the bye. The Mid Gippsland Netball Association now goes into the Easter hiatus and returns to action on 22 and 23 April.